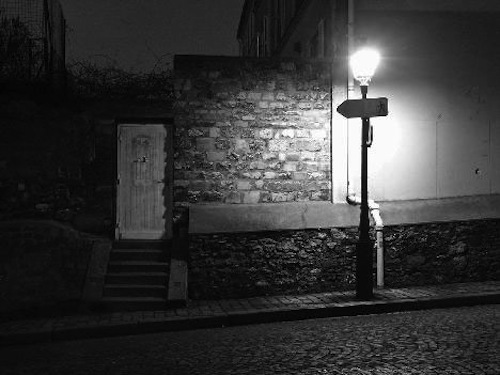 Tomorrow, cities will teem with people in theoretically scary costumes. We think of sharing as a benign behavior, but over at i09, Annalee Newitz explores the sinister side of the shareable city.

"Your city seethes with ghosts. Its impossibly twisted streets stream with magic, and its chimneys exude smoke of a decidedly hallucinatory nature," she writes. "Why do modern, urban places feel as if they are home to so many unexplainable, otherworldly forces?" 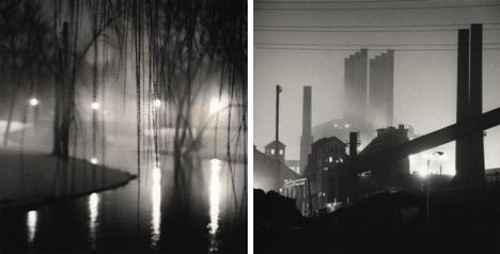 Annalee provides a list of reasons, starting with vampire consignment shops. But the most interesting (to me) had to do with conspiracy theories that reflect the emergent nature of cities:

Out of many chaotic parts, neighborhoods and subcultures form in cities – seemingly without any design or plan. More frightening than a conspiracy is a coherence that comes out of nothing except random parts connecting. Immigrant neighborhoods come into being without design; corporations ooze into other corporations; riots erupt; artist subcultures take over buildings intended for general use. Indeed, in Our Lady of Darkness, the Transamerica Pyramid has replaced one such building subculture – a true urban historical fact that bleeds easily into city magic. 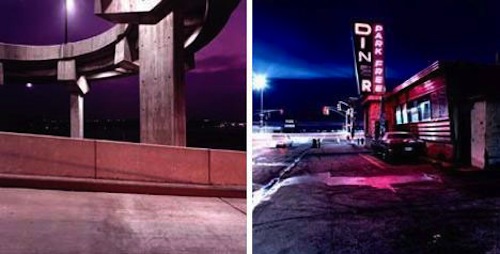 Then Annalee takes a turn into the ambiguous nature of urban shareability:

Cities are covered in a million eyes – and they all watch each other. Windows look into windows; crowds are a morass of furtive glances; and surveillance cameras adorn every surface. We pretend we have privacy in cities, but always doubt it. There is something uncanny about this feeling. You split into two selves: The self you perceive yourself to be, and the self you perceive other people are always watching. Who are you? Are you what the elevator camera sees, or the person you see in the (possibly two-way) mirror?

If there are two versions of you, it makes sense that there is a secret other city beneath the surface of the one you inhabit. Or perhaps existing in the same space as your city, as the characters discover in China Mieville’s haunting noir fantasy novel The City & The City. Or perhaps your city is riddled with passageways to another one, which you can enter only through mirrors. This is one of the many intriguing details in Susanna Clarke’s novel Jonathan Strange & Mr. Norrell, where the newly-revived field of sorcery has revealed that magicians can get around England using a series of roads reached via mirrors.

The roads themselves seem to lead through a vast and abandoned city… The very fabric of our bodies becomes permeable in the hallucinatory city. Something about the incredible population density in cities makes this possible. We are surrounded by human-made objects as we wander the forests of buildings. Human dreams spray across the walls in the forms of murals, art, advertisements. We exist in the dreamscape of our own species. It is not a natural place. It is the place we built out of our own fantasies.

Annalee’s thoughts instantly reminded me of "The Visceral Neighborhood," which the San Francisco artist Claire Kessler-Bradner published this week on Shareabe.net. In many respects, it seems to me, Claire’s project–which maps the memories of her neighbors–is an effort to control this ghostly version of the city by making it collectively visible. "I began to seek the participation of my neighbors, strangers and friends with whom I share this space," she writes. "The intersection of my important places with the narratives of other lives lived in the neighborhood reveals an intrinsic connection to people I didn’t think I knew." In the process, perhaps, we can dispel some of the fears that cities engender.