Thoughts on the Global Sharing Community - Shareable
Skip to content 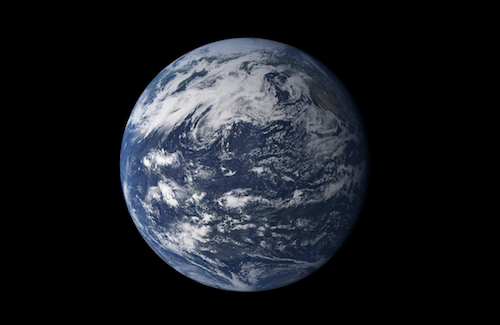 As a regular contributor to Shareable, I’ve written articles on public libraries, parks, cohousing, coworking, coops, collaborative consumption, maker spaces, tool libraries, resource sharing and more. I’ve spoken with frontrunners of the sharing economy as well as people who are working on the neighborhood level. I have a pretty good handle on the sharing movement, but recently, while doing research and interviews for my article The Rise of the Sharing Communities, my understanding of the sharing community at large was significantly deepened.

As I spoke with sharing advocates and evangelists from Spain, Finland, the UK, France, New York, San Francisco and more, a picture started forming that these groups, while all working toward the same vision of a shareable life, are all very different. Share Tompkins in Ithaca, New York, among other things, connects people with the local resources while Collaborative Consumption travels the world talking to sharing advocates, government officials and venture capitalists; Sharetribe connects people in Finland with shareable goods and services of all kinds while the Post-Growth Institute lays the groundwork for an equitable economic model; Sharers of San Francisco, Collaborative Chats, Shared Squared and others bring people together to learn about and support the sharing economy while the P2P Foundation provides a vast online database of resources, article, graphics, podcasts and more. And the list goes on.

My big-picture take-away from connecting with all these people is that, within this movement, there is something for everyone. On paper, the differences between a serial entrepreneur working on a global scale and someone organizing a neighborhood book swap appear to be many, but in the sharing arena, these two people are working toward a shared vision and speaking the same language; the language of sharing. Startup founders, coders, gardeners, authors, students, cyclists, civic leaders, activists, designers, community organizers, 9-to-5ers, parents, grandparents, teachers and many more are all represented in the sharing movement.

As I researched each sharing organization, I learned that these networks of sharing overlap. I asked community leaders what other groups are doing similar things and they all directed me to other communities, some of which they work regularly with. I began to see these networks as rotating wheels spinning next to, and with, each other. Some of them are small and others have a global reach, but they are organized and more than willing to collaborate and share resources of all kinds.

After the article ran, something extraordinary happened. Out of a group thank you email, some of the organizations started talking among themselves about creating a larger network to connect all of these communities. We have the individual wheels promoting sharing in a variety of ways and now they're talking about creating a larger wheel that would enable more best-practice sharing and further strengthen the global sharing community. It was truly inspiring to observe these groups reaching out to each other and it drove home for me the fact that the sharing movement has a massive amount of inspired energy behind it. These communities are dedicated, accessible and connected and what they’re doing is no less than (r)evolutionary. We are witnessing a major cultural shift toward sharing and I, for one, am thrilled to be a part of it.