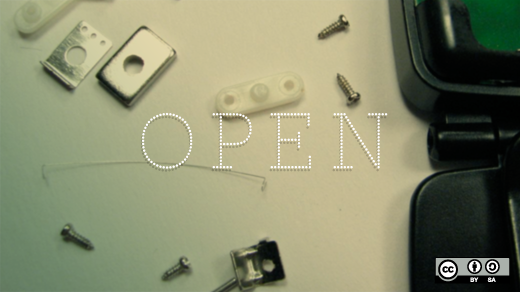 Although the world doesn't seem to be ending this week in the way so many had predicted, residents of Newtown, Connecticut, certainly had their world come crashing down last Friday. And the effects of the tragic Sandy Hook Elementary shootings have rippled out across the world, creating a shared experience of grief, anger, and frustration. Horrific incidents bring communities together, but, more and more, so do more positive events.

In Paris, France, two artists — Frédéric Baron and Claire Kito — have created a wall filled with the phrase 'I love you' in 250 different languages. The site was envisioned "as a rendezvous location for lovers and a lasting monument to eternal adoration." Baron and Kito collected the myriad translations from neighbors and embassy workers. 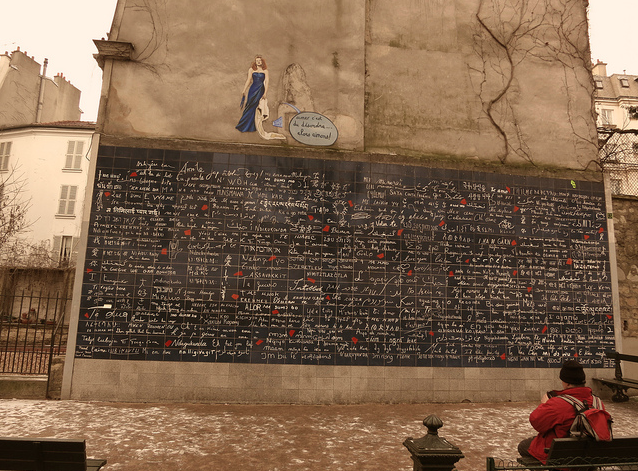 The wall of love in Paris is free and open for all to enjoy. Photo credit: Matthieus Mueller. Used under Creative Commons license.

One of the main drivers of positivity in the world is — surprisingly or not — business… socially responsible business, to be precise. When companies align their practices with the greater good, we all win. Although social entrepreneurs are a well-known breed, there is a growing push for social intrepreneurs, as well — people within existing companies that help shift policies toward a triple bottom line that takes people, planet, and profits into account equally. IBM and Ford are among the leaders of the pack.

In his June 2012 TED talk, Clay Shirky spoke about "How the Internet will (one day) transform government." (Opensource.com summarizes it here.) In a nutshell, Shirky posits that the onslaught of new ideas and media demands an equal rise in arguing and disputes over those ideas and outlets. He takes that notion further to say that governments could easily learn from the open source world to implement transparent and crowdsourced policies.

Leave it to a bunch of Stanford Graduate School of Business alumni to change the world of student loans. After graduating in 2011, the group launched Social Finance Inc. (SoFi) to process more affordable student loans via a school's previous grads. "We get alumni of a school to invest in a fund, and use the fund to give loans to students at lower rates than they would otherwise get," notes Daniel Macklin, co-founder and VP of business development at SoFi. And, because those alumni want to be paid back, they are more likely to help students secure gainful employment upon graduation. Shared risk, shared reward.

For the record, education can not be undervalued. As a case in point, students from The New School in New York City and the Stevens Institute of Technology in Hoboken, New Jersey, recently won an award at the Department of Energy's Solar Decathalon for their Empowerhouse design. Affordable and sustainable, the Empowerhouse model is now being implemented by Habitat for Humanity in the Washington, DC, area. Not only does the two-unit structure utilize passive solar practices to consume 90 percent less energy, but the beautiful design fits into any neighborhood and costs only $250,000 to build. 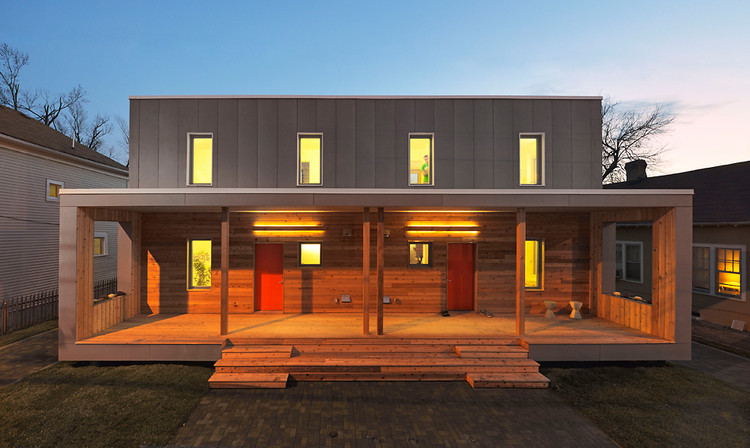 Instagram made big news this week by releasing a new Terms of Service that indicated the company had the right to sell users' photos for use in advertisements with no compensation due to the users. Cue the uproar. The backlash was so loud and so instant that Instagram founder Kevin Systrom walked it all back within a day. Two interesting premises, though, arose from the hullabaloo. Firstly, why do Internet users believe that everyone else's content should be free to them (think file sharing of music and art), but their creations deserve compensation? Secondly, why doesn't Instagram institute a blanket Creative Commons license?