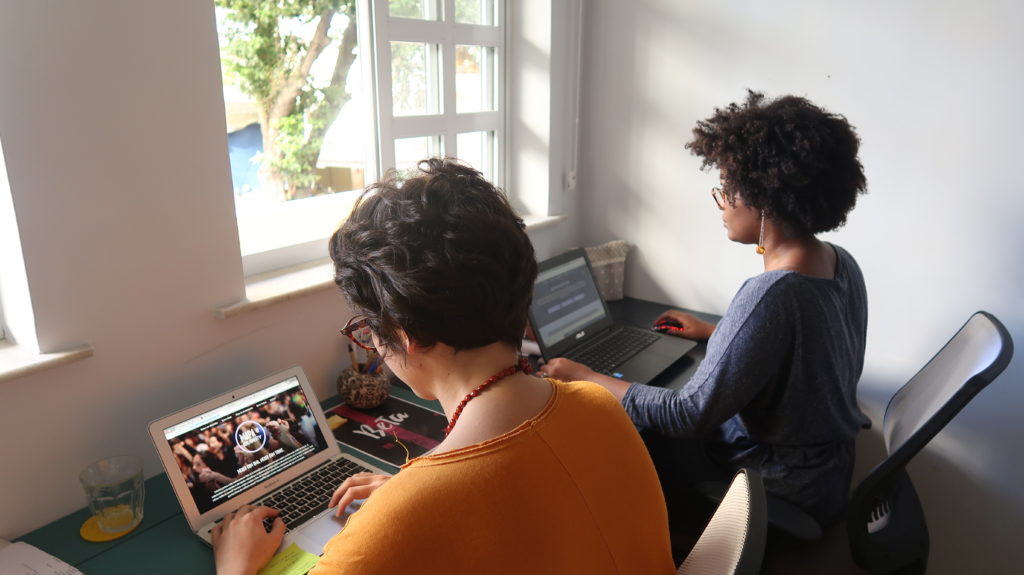 In the face of poor public services and high rates of assault and violence, how can women help each other heal and deal with the aftermath of traumatic events? A small team spread out across Rio De Janeiro, Recife, and São Paulo in Brazil, is betting on solidarity and sorority to build a firm nation-wide network of support and care called Mapa do Acolhimento. Roughly translated to the Map of Support and Care, this platform connects survivors of domestic and sexual violence with immediate and free access to mental health and legal services. The project has over 600 volunteer therapists and lawyers and another 2,000 collaborators.

In 2016, the gang rape of a 16-year-old girl shook the country and prompted a small group of women to sit down and talk. Isabel Albuquerque, the coordinator of the map, remembers the feeling at the time: "There was a lot of frustration, a feeling that what we were doing was not enough. We had been involved with gender issues in public policy making — but what is the point if women are still suffering from violence and are still going through the pain?"

The legal and psychological services have proven extremely useful and successful, and the map is working on expanding to all Brazilian states and using their extensive network of volunteers to reach more women. Outreach is one of the bigger challenges. Only a year and a half in, 414 at-risk women have sought help. However, there are more than 600 volunteer therapists and lawyers. "We know that the women that most suffer from violence have a specific demographic profile: peripheral, black and young," Albuquerque says. "One of our biggest concerns is not managing to reach the people that most need it."

Brazil has some of the world's more rigorous laws against domestic violence. The Maria da Penha law, named after a woman who fought a seven-year legal battle to put her abusive husband behind bars after two homicide attempts that left her paraplegic increased the punishment for offenders and created specialized police stations and shelters for survivors.

Despite the progressive measures, the numbers are alarming. A recent study by the Public Security Forum showed that 9 percent of women in Brazil have been physically attacked, and 29 percent have been verbally, sexually or physically assaulted – 35 percent by romantic partners. That adds up to over 10 million women. However, in the same year, only 140,350 cases of violence against women were reported. Two thirds of these cases were committed by men who were husbands, boyfriends, lovers, or ex-partners of the victims, according to Brazilian government figures.

In 2017, the project launched a collective financing campaign in order to hire a team and expand the scope of the Map's work. The campaign spread like wildfire on social media, shared by several high profile women, including famous actresses. Their first year has been a success, but the issue of keeping the project financially viable is a concern for the long-term. The priority now is to make sure there are people available to support these women in every part of Brazil.

Header photo of the Mapa do Acolhimento team by Shanna Hanbury