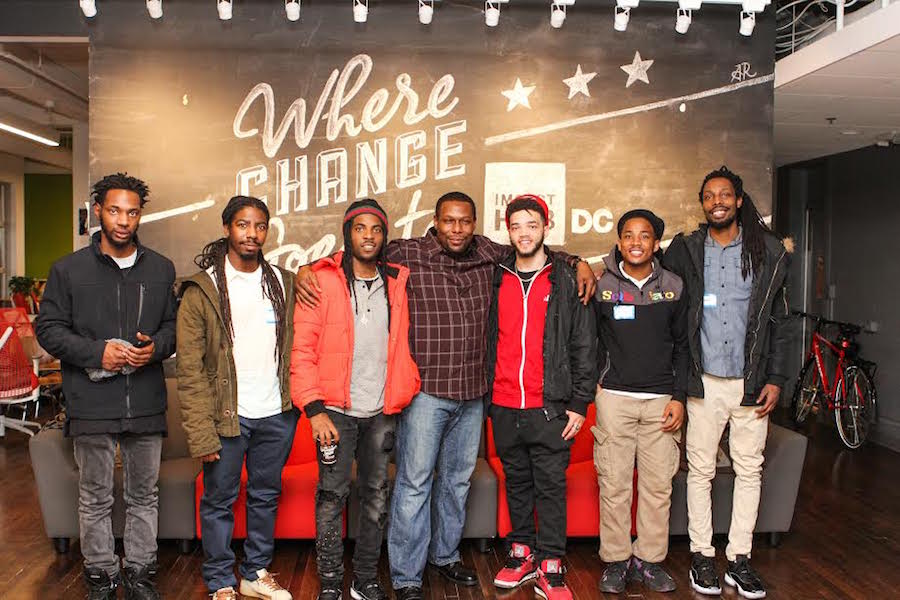 Cat Johnson|January 31, 2017April 22, 2019
After 14 years of incarceration, seven of it in solitary confinement, Juan Reid found himself living in a van, unable to get a steady job, struggling with bills, addiction, and the residue of childhood trauma. As Reid puts it, he was "going down the wrong path."
"I was knocking on the door of the penitentiary again," Reid says. "I got rent free, three meals a day brought to my cell like room service. That lifestyle began to feel easier to me."
When he met Allison Basile, an organizer working to create Coop DC, a co-op network in Washington, D.C., his life changed. Basile introduced Reid to the idea of worker cooperatives and the two of them created Tightshift Laboring Cooperative, a worker-owned moving, landscaping, and cleaning services business. 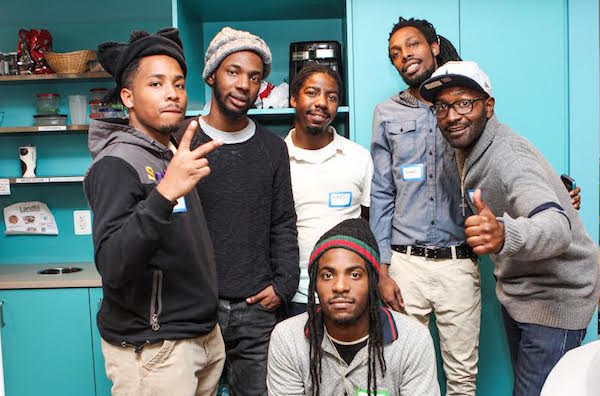 "When you're telling a person their voice means something, it's a lot," says Juan Reid.
Tightshift provides jobs to formerly-incarcerated people and at-risk individuals. Through Tightshift, Reid and Basile aim to further the local worker co-op movement and help people change their lives. The co-op is a team of nine partners who make a minimum $13.50 per hour. Once people complete the apprenticeship period, pay increases to a minimum of $17 per hour. At the end of the fiscal year, they divide profits between themselves, depending on how many hours each person worked. The group makes decisions collaboratively, with each partner getting one vote.
Reid used to go to his neighborhood corners to sell drugs. Now he goes to there to invite people to join the worker co-op movement. He's enthusiastic about the potential of cooperatives to transform lives and communities by building wealth. Tightshift also empowers people and gives them a community of support — something that some, including Reid, didn't have growing up.
"When you're telling a person their voice means something, it's a lot," he says. "I didn't have anybody to tell me it would be okay and mean it." 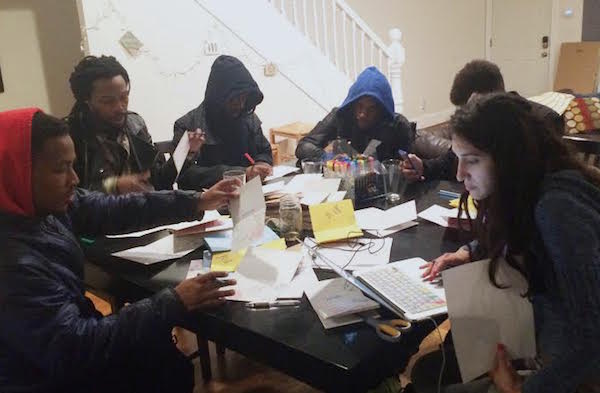 Tightshift partners have an equal say in decisions. One person, one vote.
When asked what's at the heart of the co-op, Reid says, "Ending slavery — and to end it with group of people that are disenfranchised."
"Let's just be honest," Reid says. "It's slave wages if, once you pay your bills, you're broke. If you don't really have nothing, or if you're living paycheck to paycheck, you're a slave and the person you work for is getting rich."
Reid takes a different route with Tightshift, choosing to "show love and loyalty" to the partners. Tightshift is also focused on reaching out to young people to show them they have choices.
At this point, one of the biggest challenge Reid faces with Tightshift is "getting guys out of survival mode." He says he has to hold potential partners' attention long enough for them to see what he's doing with the co-op. He sometimes gives people money just to get them to come to a meeting because he knows their bills are due.
"I pick kids up off the street," Reid says. "This ain't no interview with a suit and tie or college to find people to help place you. I'm going to the guy on the neighborhood corner and saying, 'Do you want to change your life? Come on, I've got you.'"
Through Tightshift, and the larger co-op movement, Reid hopes to inspire and empower people who can then educate even more people about the worker co-op movement.
"When they change their lives, they become a leader," he says. "We need to build a movement for the leaders. We're going to change how the movement looks — to do something that's created primarily by returning citizens and is successful and positive."
Photos courtesy of Tightshift. Follow @CatJohnson on Twitter