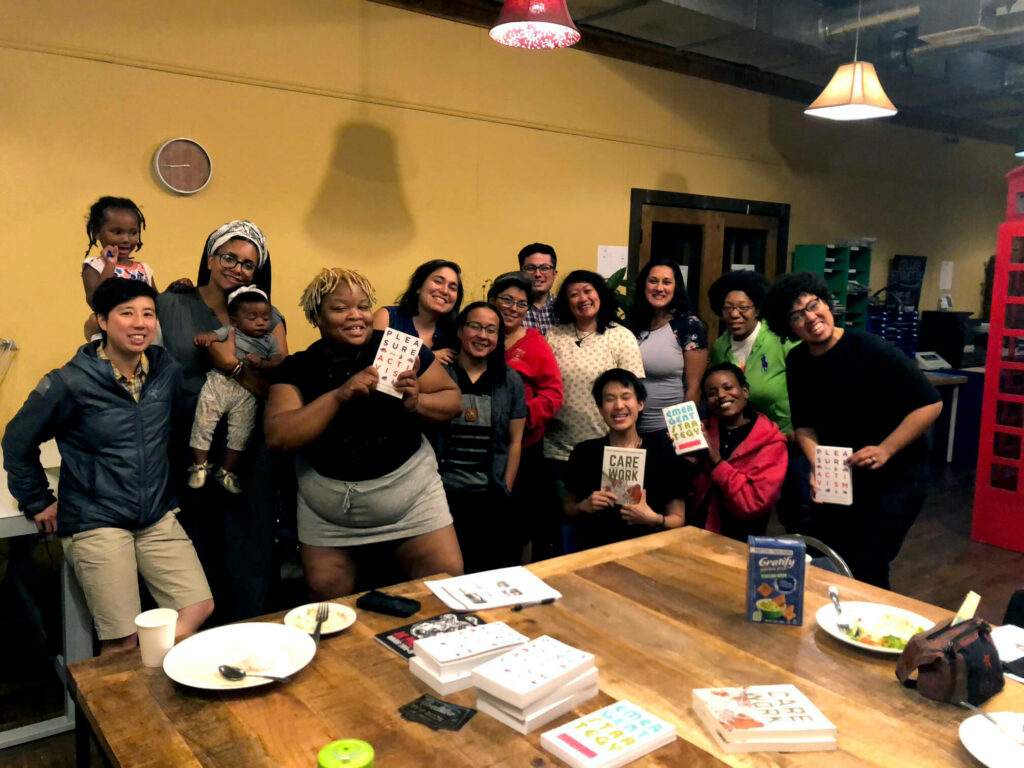 Queer the Land is a Seattle-based housing collective confronting the displacement of BlPOC queer communities in Washington state. Credit: Queer the Land

June 1 marked the official start of Pride Month in the USA.

Celebrations are in full swing and corporations, from Old Navy to Burger King, are rolling out the rainbow memorabilia, looking to align themselves with the queer collective — and their pockets.

If you were to fall victim to rainbow capitalism, you’d almost forget that across the globe (and in our “progressive” country) there’s still a lot of work to be done in the fight to achieve true queer liberation. And while the picture of Pride has changed drastically over the years — and there’s no denying that a lot of progress has been made — that’s what the original Pride was all about.

From the fed up community leaders who threw the first bricks at Stonewall to the ferocious activists of ACT UP and TAG, it’s important to remember that celebrations of queer identity have always been closely linked to queer folks’ struggle against systemic exclusion, state-sanctioned violence and social isolation.

And while this month brings a lot to celebrate, the legacy of queer exclusion still persists today. In fact, in 29 of our 50 states, LGBTQ+ people still lack comprehensive legal protections against discrimination in housing, healthcare, and employment. Lack of safe, affordable housing is particularly evident in our country’s queer youth population, who face a risk of homelessness that is 120 times that of their straight counterparts.

Across the country, there are many organizations working tirelessly to transform this stark reality by offering safe spaces, long-term housing, and other resources to LGBTQ+ youth and otherwise marginalized communities. Here are a few you should learn about:

Queer The Land is a collaborative project grounded in the self-determination of queer, transgender, and Two-Spirit Black/ Indigenous/ people of color (QT2BIPOC) and the vision of collectively owning land and labor.

Founded in the Summer of 2016 by two local QT2BIPOC community-based organizations, Building Autonomy and Safety for Everybody and the Queer & Trans Pan-African Exchange, they work to establish a cooperative network anchored by a community center and transitional and semi-permanent housing that meets the needs of working-class QT2BIPOC in the greater Seattle area. Their mission is to create a movement-building space that can generate income and become a political hub for QTBIPOC and our community organizing.

Based in Orlando Florida, the Zebra Coalition is a network of organizations, which provide services to LGBTQ+ and all youth. Their housing initiatives provide youth who are homeless and have been rejected by their families with short-term living. The program offers them the opportunity to practice daily living skills in order to make a successful transition to becoming productive, independent community members.

Since the group began, over 400 youth have been sheltered through their bridge housing and rapid rehousing programs. The original Zebra House is located in the historic Mills-50 district of Orlando, and second operation, offering drop-in counseling services, opened recently in Kissimmee.

With the belief that establishing safe, affirming services for the most impacted young people leads to confidently securing affirming care for all, True Colors views youth homelessness as a community issue, asserting that real change can happen when people come together with a shared vision for tackling issues. Focusing on training, education, and advocacy, they collaborate with young people all over the country to ensure that youth-led policies, systems, and protections are in place.

The Ali Forney Center was founded in 2002 in memory of Ali Forney, a homeless gender-nonconforming youth who was forced to live on the streets where they were tragically murdered. Committed to saving the lives of LGBTQ+ young people, their mission is to protect them from the harms of homelessness and empower them with the tools needed to live independently. Today, the Ali Forney Center is New York City’s largest LGBTQ+ youth shelter.

Center on Halsted is the Midwest’s most comprehensive community center dedicated to advancing community and securing the health and well-being of the LGBTQ people of Chicagoland. More than 1,000 community members visit the Center every day, located in the heart of Chicago’s Lakeview Neighborhood.

Their programs range from volleyball, dance performances and cooking classes to rapid HIV testing, group therapy and vocational training. They partner regularly with other organizations and groups from across Chicago and the nation to provide additional programming for the community. Center on Halsted also serves as an incubator for a number of smaller LGBTQ non-profit organizations, called Resident Partners.

Thrive Youth Center was established as a 501(c)(3) nonprofit in February of 2015 by founder and executive director Sandra Whitley.

After a visit to the earlier mentioned Ali Forney Center, Whitley was determined and inspired to open her own shelter in San Antonio. She volunteered for an outreach program and began to build connections with the unserved youth sleeping under bridges and highways throughout the city. In 2015, Haven for Hope, Texas’s largest transition center, reached out to her and she was able to establish an official home for Thrive Youth Center.

An often forgotten population, LGBTQ+ older people are twice as likely to live alone and four times less likely to have children than their straight counterparts. This means, as they age, their access to community is curtailed, as issues like affordability, social isolation, and discrimination also limit their housing options.

Since 1978, Sage USA has advocated and provided resources to LGBTQ+ elders. The group’s tagline is “We refuse to be invisible”. With their national housing initiative, Sage focuses on building queer-friendly housing in NYC where they are based, expanding housing protections, training eldercare providers, and educating queer elders on their rights.

These are just a few examples. Chances are, if you live an urban area, a short Google search will introduce you to an additional queue of queer changemakers doing amazing work in your region. There are also a growing number of resources for queer youth in rural areas as well.

This Pride month, take some time to explore these initiatives and consider offering solidarity in the form of direct support to queer leaders and organizers who are working to secure a safer, more equitable future for themselves and others.