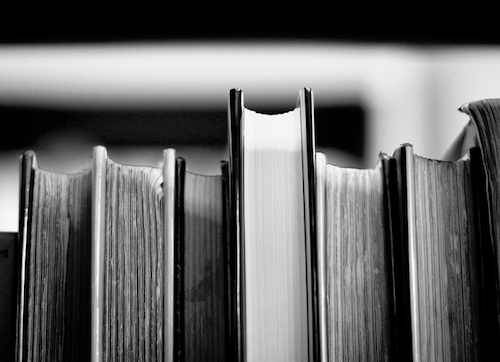 Want to hunker down with some good, shareable nonfiction this winter? Classic titles of the sharing economy, including The Mesh and What’s Mine is Yours: The Rise of Collaborative Consumption, are good places to start. If you’re ready for more, we’ve rounded up a collection of 10 new books (plus three bonus selections) for the hardcore sharer that delve into the inner-workings of collaborative consumption, sharing law, the cultural shift toward collaboration, the importance of community-building, and more.

Future Perfect: The Case for Progress in a Networked Age, by Steven Johnson (Riverhead): In Future Perfect, technology writer Steven Johnson argues that “peer networks” are the cornerstone of a future where collaboration and civic engagement, not profit, are the centerpiece of human culture. Using the internet as one (though not the only) model of decentralized, interconnectedness, he explores how network thinking could be applied to a variety of institutions including politics, health care and education.

Practicing Law in the Sharing Economy: Helping People Build Cooperatives, Social Enterprise and Local Sustainable Economies, by Janelle Orsi (American Bar Association): As the sharing economy continues to grow and move into the mainstream, it is butting up against laws and regulations that are outdated, but nonetheless in place. With her book, Practicing Law in the Sharing Economy, “sharing lawyer” Janelle Orsi addresses the legal challenges that are emerging, offering guidance on drafting agreements, structuring entities, employment regulations, intellectual property and more.

Share or Die: Voices of the Get Lost Generation in the Age of Crisis, edited by Malcolm Harris and Neal Gorenflo (New Society Publishers): A “collection of messages from the front lines,” Share or Die gives voice to the young people that are working, in a world facing vast economic and environmental issues, to create a new economic order with sharing at its core. Edited by Shareable publisher Neal Gorenflo and Shareable contributor Malcolm Harris, the book is a glimpse into a re-envisioned, shareable future.

The Athena Doctrine: How Women (and Men Who Think Like Them) Will Rule the Future, by John Gerzema and Michael D’Antonio (Jossey-Bass): An exploration of why and how traits commonly associated with women (sharing, collaborating, nurturing, communication) are bringing success to organizations around the world, The Athena Doctrine documents the shift away from the winner-takes-all approach to business and presents a case for more equitable societies.

Creating Sustainable Societies: The Rebirth of Democracy and Local Economies, by John Boik (CreateSpace Independent Publishing Platform): A blueprint for transforming society from the ground up, Creating Sustainable Societies lays out a plan for boosting local economies and engaging citizens in the democratic process, understanding that doing so will enable the scaling up of these models to society as a whole. Through job creation, corporate responsibility, citizen empowerment, nonprofit funding and more, Boik presents a visionary plan.

Going Solo: The Extraordinary Rise and Surprising Appeal of Living Alone, by Eric Klinenberg (Penguin Press): Highlighting the biggest demographic shift since the baby boom, Going Solo explores the rise of people living alone. Today, one of every seven Americans lives on their own and sociologist Klinenberg presents a case that this is no passing trend; that in a world of “hyperconnectivity,” the solo lifestyle can help us connect more authentically with ourselves and each other.

Networked: The New Social Operating System, by Lee Rainie and Barry Wellman (MIT Press): A study of our “perpetual connectedness,” Networked illustrates, through extensive evidence, that far from isolating us, the new social operating system liberates us from restrictive groups and challenges us to develop better networking skills. Doing so, Rainie and Wellman argue, leads to expanded opportunities for learning, problem solving and personal interactions.

Resilience: Why Things Bounce Back, by Andrew Zolli and Ann Marie Healy (Free Press): Exploring the question, what causes one system to break down and another to rebound, Resilience looks at how we can become more resilient individuals and build more resilient economies and communities. Ultimately, Resilience is an optimistic look at how we can become more adaptable and cooperative, allowing us to withstand, or bounce back, from unexpected changes in our personal lives and as a planet.

Owning Our Future: The Emerging Ownership Revolution, by Marjorie Kelly (Berrett-Koehler): Our current economic arrangement of maximizing profit for a few while income disparity grows wider every day is the root of much injustice and many communities around the world are creating alternative economic models. Reporting from a farmer-owned dairy in Wisconsin, an employee-owned department store in London, a community-owned wind facility in Massachusetts and more, Kelly explores what makes these designs work and why they may hold a key to a more just future.

Makers: The New Industrial Revolution, by Chris Anderson (Crown Business): Putting the power of manufacturing into everyone’s hands, the maker movement is poised to dramatically alter our relationship to stuff and may prove to be as significant a cultural shift as the Industrial Revolution. In Makers, Anderson details how widespread access to open source designs and desktop 3-D printing democratizes manufacturing, enabling custom fabrication and user collaboration on a scope unseen before now.

The Resilience Imperative: Cooperative Transitions to a Steady-State Economy, by Michael Lewis and Patrick Conaty (New Society Publishers): The model of limitless economic growth has led us to a global crisis. In The Resilience Imperative, Lewis and Conaty argue for social, ecological and economic changes that move away from the existing model and toward local food systems, energy efficiency, affordable housing and more. Applied at the individual, community and organizational level, these changes offer a way to create a decentralized, cooperative economy.

Aftermath: The Cultures of the Economic Crisis, by Manuel Castells, Joao Caraca and Gustavo Cardoso (Oxford University Press): Exploring the global economic crisis and the new “social landscape” that has been created in it’s wake, Aftermath details the institutions and cultures at the root of the “multidimensional” crisis and argues that there is no quick fix; that it’s only by shifting away from unsustainable economic models and political and financial irresponsibility that alternative economic models can emerge.

America the Possible: Manifesto for a New Economy, by James Gustave Speth (Yale University Press): An honest look at the “sea of troubles” that America finds itself in, America the Possible, the third book in Speth’s award-winning American Crisis series, is an optimistic look at what America could be. Laying out a plan for a political economy that prioritizes people and the planet, Speth argues that a newly-envisioned America is possible.

What's on your reading list? Let us know in comments.

All book include affiliate links to Amazon. Resulting purchases support Shareable, a nonprofit. Many of these books are available at local, independent bookstores, a choice we recommend too.