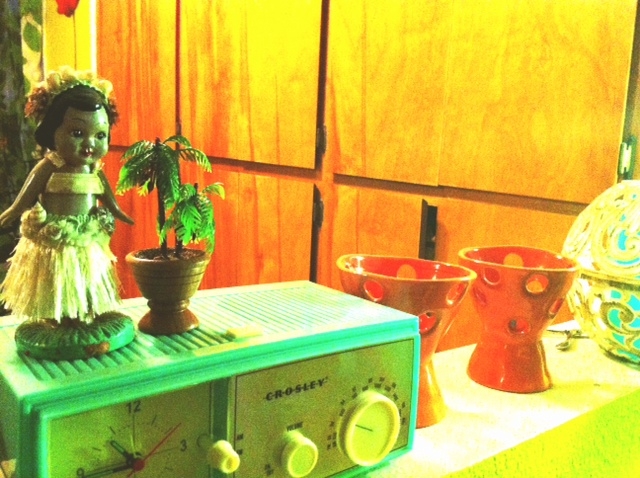 The other day, my two youngest and I took the bus to the WIC office. You can’t get there by bicycle without riding on part of the freeway on-ramp (seriously,) and then on a segment of lightly-industrial, busy two-lane road without a shoulder to speak of. So we took the bus, which we’re doing more and more as the weather is getting worse. Usually, it’s just faster and more convenient to load up the bike trailer and speed off somewhere, and if the weather isn’t too miserable, it’s always my first choice.

Here are things to know: “miserable weather” is, in this family, defined as brutally cold AND raining AND windy, and if even one of those factors is missing, it’s not miserable, and you will find us pedaling with stoic determination. The other thing: WIC is an agency that gives poor families vouchers for, well, mostly for pretty unhealthy food.  But it bridges the gap between the end of food stamps and the end of the month.

On the day in question, I was surrounded by my usual bubble of chaos, which, this time, included empty bags for toting home WIC food, my big orange messenger bag full of necessary paperwork to prove program eligibility, as well as the standard stockpile of sippy cups and bananas for long waiting room stays. Nothing out of the ordinary, except that we were on the bus. And I don’t use the bus very well. I was taken immediately and suddenly by total surprise when our needed stop appeared out of nowhere! and I needed to dismantle our bivouac and offload in record time.

We had barely reassembled curbside when I felt a disturbance in The Force. My iPhone. I could picture it on the empty seat beside us. I’ve gone on and on in past blogs about my guilt regarding my phone, and about how I rationalize holding onto such a ridiculous indulgence. Some people keep their car, and I decided instead to keep the phone I got when they first started discounting them. I hang my head in shame; please feel free to bombard me with well-deserved admonishments and criticisms. I deserve all of them, and more.

In a panic I dashed into the nearest building, which happened to be a nursing home. After many phone calls to various offices, I was finally able to discern that no phone had turned up on the bus in question. By this time, I was pouring sweat, we were late for our meeting, and I was integrating the growing realization that I was probably going to lose my phone forever.

The ensuing hours proved to me that I am an addict. I can give up so much, and I have. I can preach the glories of downsizing, of simplifying, about getting back-to-basics, but I’m full of crap because I was devastated without my phone. I was bitterly disappointed in myself, and having a hard time calming down.The caseworker at WIC was talking me off the ledge, telling me to breathe, telling me to be “in the moment.” (Sometimes I love/hate California.)

We made our way home after a few hours of bureaucratic paper-shuffling, toting a rolling cart with cartons of apple juice and crappy cheese strapped down with bungee cords.  I had a mental script now, that I was repeating to myself and out loud to anyone else who would listen: I would have a sizeable gap left in my life, and I knew I would not be able to replace it with another fancy phone. I’d acquire something cheaper, maybe—someday. But I would fill that gap with ways to be a better member of the community, a better mother, and a better person. I’d fill it with activities and moments that I otherwise wouldn’t think to have, moments of silence where I don’t play online Scrabble, times of reading an actual, physical newspaper versus scanning headlines on a digital screen. I’d stop taking photos of the kids at the park, and instead just be present with them.

All of this sounds really great, doesn’t it?  Doesn’t it sound like a wonderful opportunity for self-improvement? A fantastic blog post, wherein I take on the role of beatific martyr for the Great Recession cause? I’m sure there were all sorts of lessons to be learned, and I probably would have benefited from learning them if the following hadn’t happened: someone finally answered my phone when I called the number, after at least two dozen failed attempts.

Her voice was a monotone. She didn’t seem surprised or happy to be hearing from the phone’s owner. And she said she was sorry, she couldn’t return my phone to me because she was in “south Sacramento.” Oh. Already? Wow. Why didn’t she just hand it over to the bus driver when she found it, like Good People Do? Another odd thing: she kept hanging up mid-conversation, like she was reconsidering all relevant information. Then she turned the phone off completely, so that I had to keep dialing again and again using my husband’s cell, only to hear it go straight to voicemail, until one time, it didn’t.

Again, someone answered. This time, it was The Guy. (During our dealings, they became known as The Woman and The Guy, as we never did learn their names.) The Guy said he’d give my phone back if I gave them a hundred dollars in reward money the next day at noon, at a major bus transfer point. I was afraid to say no. I felt like the situation was so fragile. They could turn around and sell the phone on craigslist for much more, and I knew that. I tried to be noncommittal but encouraging. I attempted to get their contact phone numbers and their names, but they were too savvy for that. So we arranged for our rendezvous, and then I paced and thought. I decided it might be a good idea to call the police, not because I really thought any crime had been committed (I wasn’t sure about that,) but because I was starting to get a little freaked out about meeting with these people alone with the kids, not sure if there was the potential for a mishap of a sort that would end up with me phoneless and bloodied.

A detective called me back the next morning, and told me that they’d have an unmarked car there during the arranged meeting time. We had to take a bus to the predetermined spot of course, which felt like peril. There were nefarious characters on the bus, we now knew. People who were doing something slightly wrong!  People who dared not give a found phone to the bus driver! The detective told me that it was actually a thing, a law that they broke: “Misappropriation of Found Property.”

So we arrived at the predetermined meeting spot, and hilariously, unbelievably, there was a Ford sedan parked nearby with two guys slouched in the front seat trying not to look conspicuous. I had my daughter’s cell phone with me, and the detective called when he saw us arrive. “You need to give me a signal when he asks for money. Touch your head. No, don’t do that, that’s too obvious. What should you do?”

“Yeah, that’ll work. But I don’t know how we’ll get to you in time from over here in the car.”

“Why doesn’t one of you come over and sit at the bus stop like you’re waiting for the bus?” It seemed the obvious solution.

The Guy was an hour late. It was a gray day, and the kids and I sat under a bare tree, counting how many red leaves we could find on the ground, and drawing simple pictures with sticks in the solid and unyielding earth. I was trying to hide my anticipation, and trying to prepare myself for the possibility that The Guy wouldn’t show, and I’d step off this emotional rollercoaster at a low place on the ride, and start my new ways of doing things without my phone. And the detective kept calling me and texting me, basically just to say hi, from twenty feet away. We had to pretend not to know each other, but I think he was really bored and wanted to chat to while away the time on grueling stakeout.

After an hour passed, The Guy called my daughter’s cell to tell me he would be there soon, and lo! He used his own cell phone!  So we had the number, which excited the detective, and he started doing some research while he sat there on the bench. After a few minutes he texted me and told me the owner of the phone was a black man, six-feet-four and two hundred sixty pounds. So basically I could take him in a brawl. But before that could happen, I had to tend to my youngest child. Molly had been doing the desperate “I need to pee” dance for a dangerous amount of time, and I finally had no choice but to cave and help her out. With the detective’s blessing, we scurried across the street to the gas station bathroom. After dealing with all the tiny clothing and four wee hands needing to be washed, we came out and everything happened very quickly. A couple approached us, I stammered and reached for my bag, and then The Guy handed me my phone just as the detectives circled and announced themselves.

I don’t know what possessed me in the next moments, but I shoved the phone in my pocket and grabbed the tiny hands and ran. Well, maybe not ran, but speed-walked away, ducked behind the gas station convenience store, crossed over in a half-crouch to the intersection, and high-tailed it to the K-Mart parking lot.  I didn’t know where I was going or why I was in such a hurry. I felt relief to be holding a phone I never thought I would see again, but my face was burning with another unpleasant realization. I was embarrassed at involving the police in something that would’ve probably been no big deal, and sheepish about being poor and still having this fancy phone, when these people from South Sac surely didn’t enjoy such a luxury. And regret for not having sacrificed the hundred dollars in reward money as penance for all the crimes of character that I commit on a daily basis.

We didn’t even go in the K-Mart, just stood there while I figured out what to do next.  Everything pointed to getting on another bus and heading for home, as it was too far to walk without a stroller for the children.  How could I get to the bus stop without disrupting the concluding scene of our sting operation? The detective answered my ambivalence with a phone call. “What do you want to do?” he asked. “Press charges?”

And that was it. After some discussion, the detectives ended up scooping us up and driving us straight to the phone store so we could change all the family phone numbers, in case a crime syndicate craved revenge. When we loaded up into the detective’s car, I smelled something familiar. After a couple blocks, they silently pulled the car over. The helper detective went to throw something in a trashcan outside a Jack-in-the-Box. It was The Guy’s pot, he’d lost that. And that’s when I really felt bad. 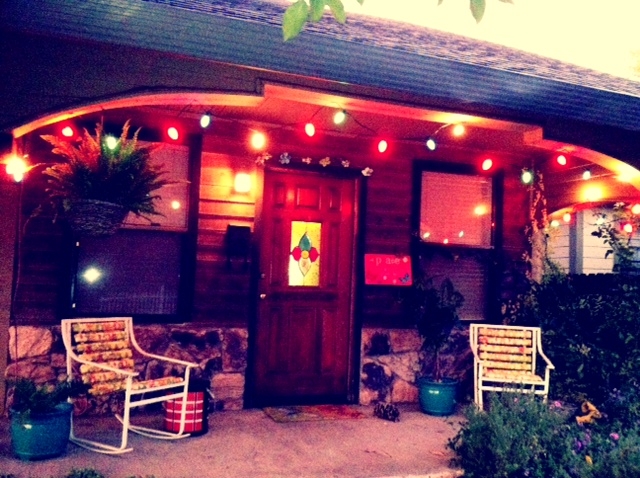