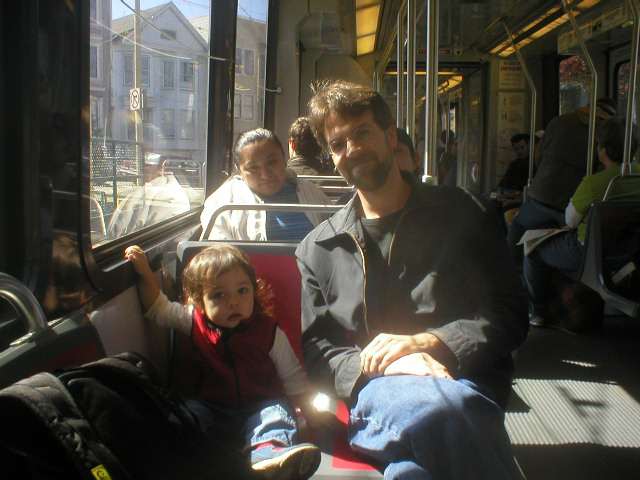 I was at the playground talking with some moms.

"I could never ride the bus!" said one. "They're so dirty and crowded."

"Taking the bus with a baby?" sniffed another. "That's just child abuse!"

I hate to think what they would have said about my family, had they known our terrible secret: On the second day of my son's life, we took him on a bus to see his doctor.

We had no choice. You see, we don't own a car. In fact, neither my wife nor I have drivers' licenses. We deliberately gave them up in our twenties, and ever since we've walked, rode bikes, carpooled, and taken planes, trains, and buses. And now, so does our son.

When I mention this fact to people who don't live in San Francisco, New York City, or certain parts of Boston, they look at me as though I am insane. They can't imagine life without cars; they imagine our carless life as being small and helpless.

But when their cars break down, I notice that it is these folks whose lives become small and helpless. They seem paralyzed, horrified at the thought of walking a mile or even (gasp) taking the bus. Not to be snarky about it, but I can't help but notice that many of the car-dependent spend inordinate amounts of time worrying about their health and weight.

I confess that in the first years of my son's life, I did wonder if we should get a car–and recently, I have been thinking about getting my driver's license. It's fairly easy to be both carless and childless; it becomes fantastically difficult once we become parents. But today I have no intention of buying a private vehicle; instead, I'll join a carsharing service. 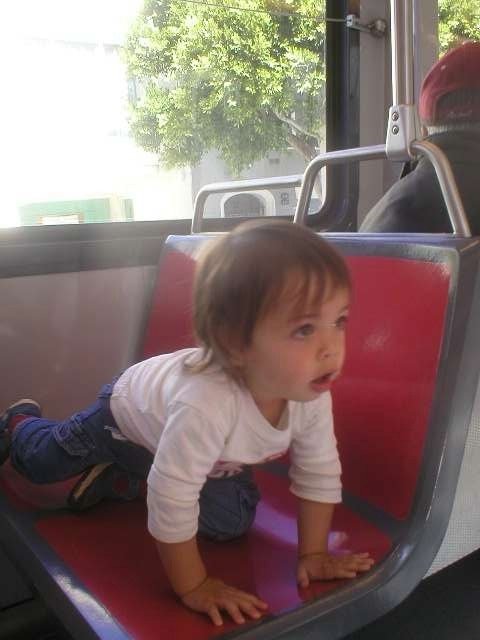 Our reasons for being a carfree family are straightforward: Cars are very bad for the planet, and I believe that they are also bad for our health and our society.

“We see cars as freedom, flexibility, convenience," says University of Toronto engineer Eric Miller. "But the promise of the car, beyond a certain point, becomes nullified by the congestion and pollution it generates.”

You can buy eco-products from here to the end of time; you can recycle and reuse everything you can; you can even buy a hybrid.

But most scientists and engineers agree: The single best thing you can do for the Earth, the greatest positive change you can make, is to give up owning a private vehicle altogether.

Many people will see this as a terrible sacrifice — and in some places, it is almost impossible. But after fifteen years without a car — five of them as a parent — I don't think we've sacrificed a thing. And in fact, our carfree family has gained a lot:

Want to know how to live without a car? Check out "How to be a Carfree Family," just posted to Shareable today, or Jill Suttie's "How to Share a Car."

This was revised from a post to my Mothering magazine blog.