The State of Gen Y - Shareable
Skip to content 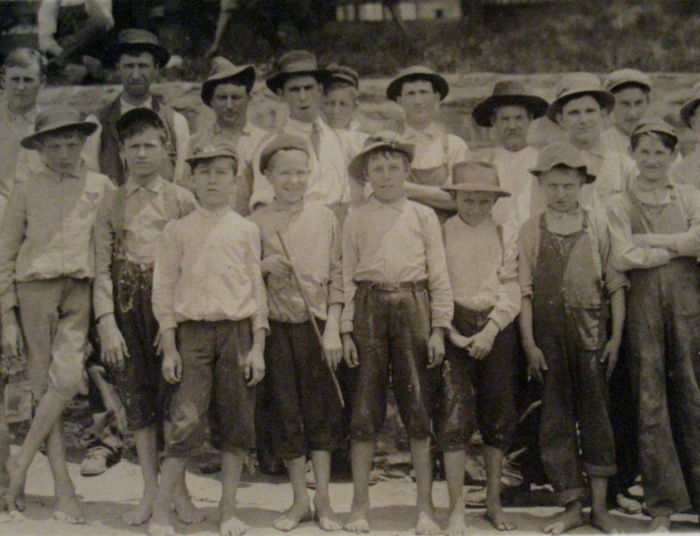 Victoria is 26 years old. She lives in Madrid where she regularly lines up on the sidewalk outside her local unemployement office. A college graduate in audio-visual communication, Victoria hasn’t got the job of her dreams, at least not yet. After a long period of unemployment, she has been working as a receptionist for the last six months. “I will take anything,” she says. “Things are very difficult right now. I hope things are going to get better”

Half of the workers in Spain under 30 are on low-paid short term contracts with durations under six months. One in five Spaniards under 30 are still looking for a first job. The 2008 global financial crisis is not the sole cause; in 2007, at the height of the Spanish housing market bonanza, the unemployement rate was already far above the European average. Compared to the conditions in other industrialised countries, the situation of the young workforce in Spain isn’t unique. It’s simply the worst.

In today’s economy, a college or a university degree doesn’t automatically secure an interesting job for young graduates anywhere. The competition for work is much fiercer than it was 30 years ago. In the UK, for instance, the number of qualified candidates for any open job position is twice as high as it was in 1980.

Whether in France, the US, or the UK, young professionals are increasignly ready to accept unpaid internships for long periods of their early working lives. As companies have grown leaner, they’re looking for workers who can simply plug-and-play. The first job search will likely be long and uncertain for a large number of graduates. This is emphatically not good news, as, in the meantime, tuition costs have increased rapidly during the last decades, putting students in record high levels of student loan debt.

Of course, how hard it is to find a job varies greatly according to the applicant’s education. A degree in engineering or nursing offers better prospects than one in journalism or sociology. Having a Cclllege degree hasn’t quite become a penalty for job seekers, either (except for the debt). In Spain, again, a PhD graduate is four times less likely to remain unemployed than someone without any degree.

“We don’t want a job. We want an exciting job!”

The divorce between the new working generation and the traditional working environment seems deep and lasting.

The problem: many employers are unable to supply their workforce with the proper challenges and autonomy they claim to offer. The corporate life is even less fullfilling than it used to be. The Conference Board, a management research firm, points out that only 51 percent of today’s American workers are interested in their work, down 19 percent from 1987.

In the field of worker motivation, the 20th century way of managing companies seems to have reached its end. Employer loyalty among skilled workers is dropping. Wage bonuses and exotic forms of compensation (expenses-paid trips, company cars) don’t cure the pain of bored or disappointed staff members any longer. In desperate reaction, recruiters have tried to use new words like "engagement," “technology friendliness”, “creativity,” or “engagement” to seduce qualified workers. Nevertheless, the turnover keeps rising among major employers, making human resource managers nervous on both sides of the Atlantic. In Belgium, for instance, the percentage of unforced resignations jumped from 6.6 percent to 7.8 percent in one year.

Nowadays, a greater portion of the younger generation is clearly rejecting the classical working model, either by choice or necessity. First, aware of their parents’ sacrifices – who often worked all their life in dull positions, damaging their health without much recognition – they turn their backs on the retrograde career model. Second, the management culture of many traditional companies – with command and control  principles, yelling managers, social-media-phobic policies, and for-profit myopia – is tragicaly outdated.

A new voice of protest

This gap between young people’s experiences and the classical working model is just beginning to generate visible tensions.

It has taken a radical form in Japan, where tens of thousands of young adults, called “Hikilomoris,” shut themselves in their bedroom for months in reaction to scholastic and economic pressure.

These days we see street protests as well.

In early 2011, in London, Madrid, and Lisbon, students and young workers demonstrated in the streets out of a collective fear of an absent future. And these protests have shown no signs of dying down.

And of course we can’t forget to mention the rising anger in the Arab world. These educated youths are much more connected globally than their parents were, and their values have changed accordingly. If there was no direct connection between the events in Western Europe and the other side of the Mediterranean sea, both were at least led by young adults fearing for an uncertain future and challenging the traditional model. In Tunisia and Egypt, uprisings started against the dictatorial, corrupted, and gerontocratic regimes ruling the countries for decades. For young people living under capitalist democratic regimes, they’ll have to fight an economic system with the same qualities.

To some extent, young people’s new ability to connect directly with each other via social media is reshaping the balance of power. Facebook and Twitter helped to get rid of dictators in Egypt and Tunisia who dreamed they were safe in their palaces. The young insurgents needed no political party, no pre-existing organisation, instead they had the power of ideas and values (and anger), plus the capacity to connect and coordinate peer-to-peer without a filter.

What has worked for grassroots regime change could influence the way we do business and create value tomorrow. Do corporations really think the orthodox top-down management approaches won’t be impacted by these new social communication tools, the culture of openess, and indepedent production?

The truth is, it’s already happened.

In the last years, some of the highest share price gains on Wall Street have been made by companies like Apple, Google, and Netflix. These are very entrepreneurial organisations that implemented new management principles based on increasing employee freedom and internal innovation. These companies are also listed among the best employers in employee surveys.

The older corporate organisational model is losing ground. In an over-informed world, the need for a disruptive turn is building. These antiquated structures can’t cut it anymore. A growing number of corporations are shifting toward a more open model of innovation in which entrepreneurs take a lead role. The young generation demands more autonomy, honesty, sustainability, and the opportunity to produce independently. Young folks should be confident that in the future (short- or long-term, it’s not clear yet) the economic world will have to make room for their aspirations.

Never a better time to become an entrepreneur

Thanks in part to technology, no generation in the history has ever had as big of an opportunity to build its own future as those born after 1985, Gen Y.

Even outside the corporate world, there has never been a better time to become an entrepreneur. The minimum threshold to start a business has never been as low as it is now for aspiring entrepreneurs. The internet brings the knowledge, skilled people can connect on social networks, and distribution is less of an issue today as the web allows sellers to reach out to customers directly.

Companies need entrepreneurs to innovate. In the last decade, they have become more and more reliant on partnerships with other companies and startups. Let’s take the drug industry: a large number of the new pills put on the market are developped by biotech startups or university spinoffs. For young entrepreneurs, a new market is there.

Though 35-44 and 55+ year-old entrepreneurs fueld the pick up in businesses creation in the last few years, this seeming lack of entrepreneurial spirit within the younger generation is mainly due to a lack of financial support. It’s hard to build a company on student debt, which makes it amazing the number of young entrepreneurs hasn’t plummeted.

If we work these issues out, the “lost generation” will no doubt find it’s way.

Access to prototyping is much broader than it used to be. New services can go online with a simple site in a matter of minutes. For anyone who wants to build physical prototypes, FabLabs (Fabrication Laboratory), 3D printer or Techshops offer new opportunities for independent producers. New producers can deliver tools, devices, and originaly designed items unit by unit. Easier prototyping means the path from idea to production is shorter than ever. Those new processes will reduce waste and lower the risk for early stakeholders.

New online and offline ecosystems provides today’s young entrepreneurs with models to emulate and collective inspiration. Online, you can find these new spaces within digital communities and social networks. Offline, they could be the coworking spaces popping up all around the world, and wherever new communities of entrepreneurs are meeting each other in person. It’s never been easier to find an entrepreneur soul mate, a partner, or skilled professionals to help turn ideas into new realities.

In today’s world, better-informed buyers are asking for customized products. As the new demand heads toward lower standard production volumes, “mass customization” possibilities enabled by the internet could redraw the global manufacturing map. Nimbler production chains closer to users will mean advantages for buyers and small sellers. This is another opportunity for small-business owners who can focus on local or global market niches.

The economy of the future will rely on startups and small businesses. In Europe and the US, governments bet on startups to re-ignite the global economy. Mentoring programs for entrepreneurs are mushrooming in cities on both sides of the Atlantic. Some experienced executives and successful entrepreneurs are happy to share their knowledge with young upstarts.

Young workers are in an uncomfortable situation: dependent on and opposed to the dominant model. However, this generation has at its disposal an amazing set of resources it brings to bear against the old guard. More connected than their parents, more familiar with an ever-shifting technological landscape, closer to the means of production than any generation before, you have to like their chances.

This essay appears in the new Shareable ebook collection Share or Die, which is now available in downloadable and free online forms. For the next article in Share or Die, Sam Miller's "Life in The Non-Profit Industrial Complex", click here.

Jean-Yves Huwart is the founder and CEO of Entreprise Globale, a think tank dedicated to the new shape of territories and companies in the networked economy of the 21st century.

Jean-Yves Huwart is the founder and CEO of Entreprise Globale, a think tank dedicated to the new shape of territories and companies in the networked economy of the 21st century.