The shield and the sword: Two tools to address the housing crisis - Shareable
Skip to content 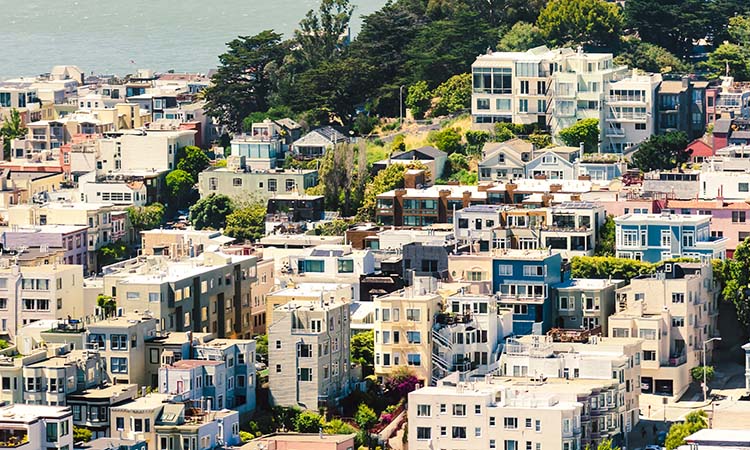 My daughter’s fifth grade teacher had a salary so disconnected from the reality of the San Francisco Bay Area housing market that it could barely cover her rent, much less provide her with the savings to one day live the dream of having a family and owning her own home. So in a pattern repeated by many others, she packed up and moved back to Michigan, where housing prices were much more affordable.

Teachers, nurses, city workers and care workers are just some of the important members of our communities being priced out and forced to leave high-cost urban areas throughout the United States for less expensive ones. Displacement is silently but increasingly becoming an epidemic of vast proportions. Residents in all income brackets, including those considered middle class, are currently faced with the choice between foregoing any opportunity for homeownership by staying in the Bay Area and leaving their families, communities, and jobs to seek more affordable home ownership opportunities elsewhere.

Two recent reports argue that we need strategies — I call them the shield and the sword —  that both protect current residents from displacement and build affordability and ownership opportunities into pricey cities. “The displacement and eviction epidemic requires immediate and short-term measures that stabilize communities and allow long term residents to remain,” says a March report from Right to the City, a Brooklyn, N.Y.-based nonprofit spearheading a “Homes for All” campaign.

The group’s Communities over Commodities report outlines anti-displacement strategies ranging from rent control and tenant protections to programs that give low- and moderate-income tenants in certain buildings a purchasing advantage when those properties go on the market. Such programs are already in place in San Francisco and Berkeley, California, for example, through what are called small sites programs, while the District of Columbia offers similar advantages through a Tenant Opportunity to Purchase Act.

The crisis cannot be addressed merely by new construction nor in implementing anti-displacement measures alone, says Rooted in Home, a November 2018 report from nonprofits Urban Habitat and the East Bay Community Law Center exploring alternatives to market-based land and housing. The report’s authors argued recently in a panel that “We can’t build our way out” of the housing crisis. Instead, the report advocates for the permanent affordability and ownership opportunities created by such models as Community Land Trusts, Limited Equity Housing Cooperatives, and  Permanent Real Estate Cooperatives.

Housing segregation by age, race, and class is destroying the age-old American dream of one day owning a home. Should we keep fighting for the dream? What if it means homeownership at astronomical prices that leave one unable to pay the mortgage if the market dips or the economy crashes, as in 2008? What if the dream is dead, and the sooner we accept that, the sooner we can start to dream a new and maybe even better dream: permanently affordable housing that is your own to use but not to transfer at market rate and gives you a fair rate of return.

This is the model that land trusts, permanent real estate cooperatives, and housing cooperatives offer. You don’t own the windfall profits the real estate market can deliver, but you also can’t get priced out or evicted from your home. Meanwhile you can get a return of anywhere between 2% and 25% equity on your home. This is better than your savings account, and unlike an investment product with double-digit returns, it’s safe. You can’t lose it all when the stock market crashes.

So what are we waiting for? In places like Vancouver with a real estate climate similar to the U.S., community land trusts have become a major model for affordable housing. In the Bay Area, though, they continue to be treated as a marginal housing option, even though the model was created right here in the U.S. and there are over 250 such land trusts across the nation.

If you are in the SF Bay Area and want to learn more about strategies and models for anti-displacement and permanent affordability, here are some upcoming events: