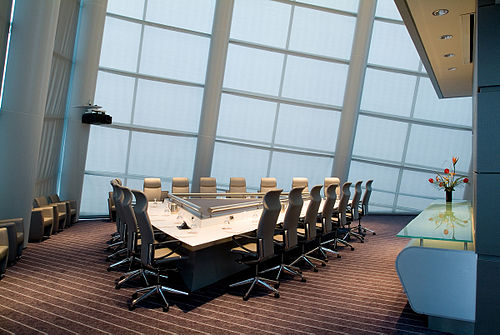 CouchSurfing International has stood apart from comparable collaborative consumption housing services (like Airbnb or Inhabit) for its non-profit orientation. Instead of charging for rentals – a model that's attracting a lot of investor interest – CouchSurfing users all stay for free. It has more of a do-gooder feel, arranging housing as a global public service rather than as a business. This is why it was so surprising to some when, last week, CouchSurfing certified as a for-profit corporation. But CouchSurfing is trying to thread a tricky needle of social responsibility and growth using a new legal category.

The legacy of "corporate responsibility" is mixed at best. An outcome largely of the 90's anti-globalization movement, the discourse offered a way for companies to turn public concerns about their effects on the world into advertising copy. The truth has always been – at least in the modern era – that corporate social irresponsibility is written into the law itself.

In 1919, Henry Ford was running his Ford Motor Company according to a strange philosophy. He sought to minimize prices and increase his own labor costs by paying workers above industry standard wages. But when Ford tried to suspend shareholder dividends in favor of new factories where he planned to employ more workers and cut the cost of his signature Model T even further, two of his shareholders sued him. The Dodge brothers, who would found their own company you might have heard of, contended that Ford should have to operate the company in the interests of shareholder monetary value, not for larger social values.

And they won. In the Michigan Supreme Court case Dodge v. Ford Motor Company, the court ruled for the plaintiffs. Although the case doesn't get cited a lot in current corporate law, it established in law the singular motive of publicly held US corporations: shareholder profit. So when an organization like CouchSurfing that is ostensibly dedicated to international understanding before profit incorporates, it's understandable that eyebrows go up. The case that might be more relevent (even if not controlling) here is Revlon v. MacAndrews & Forbes, in which The Deleware Supreme Court ruled that, when a company is about to be sold, the directors' responsibility to their shareholders boils down to one thing: get the highest price.

Let's imagine the standard start-up route and we'll see the kind of double-bind CouchSurfing is in. You start with a good idea, attract high-value employees cheap with equity offers and big investment cheques, you hit the Initial Public Offering (IPO) and everyone gets paid, then if you're lucky, a bigger company will try and buy you for even more money. CouchSurfing wants to attract the high-level programming talent and investment capital that comes with a good idea (and is necessary to realizing that idea), but they don't want to risk losing control of the organization's mission to shareholders. What's an ethical start-up to do?

What CouchSurfing did is register as a "B corporation." B (or Benefit) Corporations compose a new class of US corporations, dedicated to social as well as financial good. Five states have passed laws governing B corps, and a bill is moving in California now. Although there are other benefits, the biggest one seems to me described on the B Corp site: "As a B Corporation, founders and other mission-driven shareholders can hold directors accountable to consider the impact of operating and liquidity decisions not only on shareholders, but on all stakeholders." By building responsibility and accountability mechanisms into the founding of the corporation, the B Corp framework seems substantially different than the "corporate responsibility" cons.

As part of the B incorporation, CouchSurfing accepted $7.6 million in venture capital funding, something they never could have done previously as a non-profit. Combined with the site's already 3 million-large membership base, the site seems ready to take it to the next level. However, the directors maintain CouchSurfing will always be free for participants. Here's hoping the B Corporation framework helps them, and maybe provides a model for start-ups facing the same conundrum.