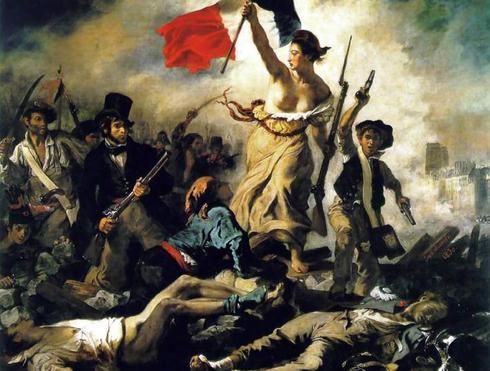 This post, originally appeared on Domus and Meedabyte, on June 15, 2012.

“Economists and theorists of innovation such as Jeremy Rifkin, Yochai Benkler, Michel Bauwens, and several others have concluded that the Third Industrial Revolution is at hand”

are the opening words of a newly published survey by Statistical Studies of Peer Production.

It is indeed difficult not to note the success and increasing visibility of peer production — the decentralized alternative to large-scale industrial production first theorized in 2006 by Professor Yochai Benkler in his seminal book The Wealth of Networks — on the network scene and in factual reality.

The Economist has dedicated an entire report to the phenomenon. Experts like Michel Bauwens (founder of the P2P Foundation) have been invited to lecture on the topic even at the Vatican’s Pontifical Academy of Social Sciences . For the first time, I had first-hand experience of the strong interest in the subject when my recently published lecture on collaborative production and P2P received almost thirty thousand visits in just a couple of days.

However, aside from the sterile evaluation of how this paradigm is penetrating today’s reality, perhaps we should think more about what appear to be the inexorable facts that have led to such sudden and widespread success.

The culture of mass design, of fashion, of large-scale production has created a society structured by top-down decisions, composed of complex structures (production, education, work…) and predefined routes. Currently, our education prepares us to perform a job — at times any job — that pays us in terms of what we can possess and consume or, in other words, the goods that design and mass production consider to be to our satisfaction — at least partially.

We have produced artificial needs for years under this mantra, creating almost nonexistent necessities that are readily available and easy to narrate rather than investigating the problems and real needs of people and communities. Innovation and meaning have been restricted, trapped and suffocated by mechanisms of protection, monopolies, patents and copyrights.

I'm a strategist in love with open culture and the p2p revolution. I blog about change and society on meedabyte. I am a self-starter, product and service designer interested

I'm a strategist in love with open culture and the p2p revolution. I blog about change and society on meedabyte. I am a self-starter, product and service designer interested in co-design, design thinking and innovation. I investigate the reasons behind change. I connect the dots so to understand how to design relevant and consistent strategies and products. I'm a Lean and Agile practitioner, I run workshops for strategy co-creation, product and service design and more. I'm a startup strategic advisor and corporate trasformation consultant: I help them envision the future of the organization and co-design strategies, products and services. As a public speaker, I speak about innovation, disruption, resilience and ecosystems. I investigate how Platforms work in the Collaborative Economy: I invented the Platform Design Toolkit to help designers create P2P market-netowrks, Open Innovation Ecosystems and more. My content has been featured on several magazines, media and blogs over the world. I hack society and production with OuiShare, Cocoon Projects, OSVehicle and more. One more thing: I'm curious.

Things I share: My writings, my thoughts, my sofa.