The Power of Asset-Based Approaches - Shareable
Skip to content 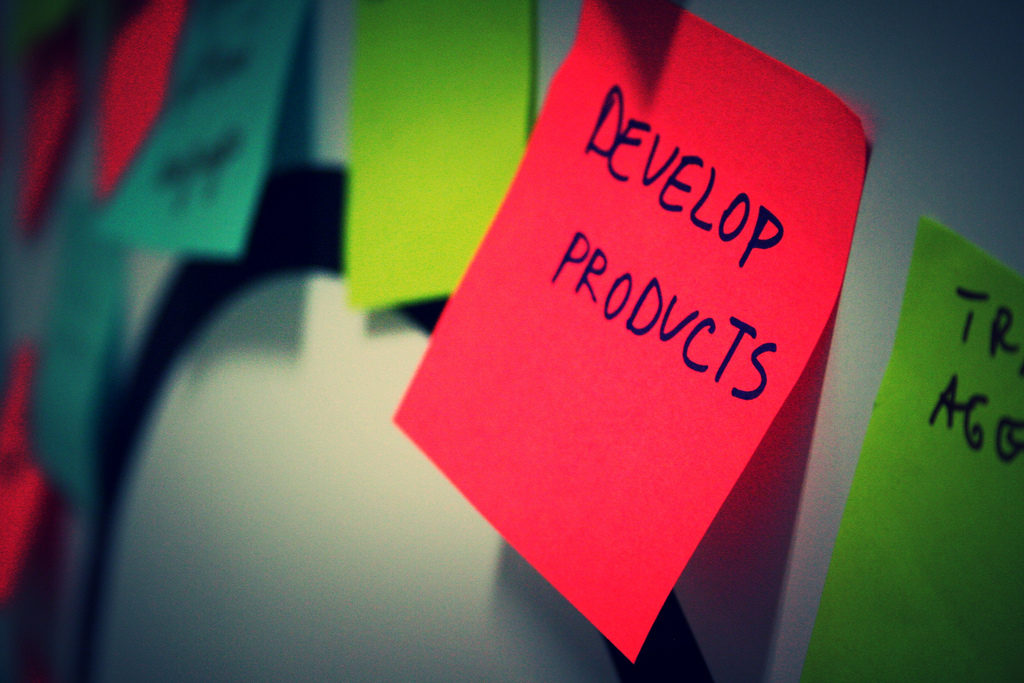 From the moment you were born, you have been accumulating an incredible array of assets. No matter who you are – your passions, knowledge, skills and access to resources are truly vast.

Beginning every project, program design, team meeting, volunteer onboarding, feedback process, article or speech by reviewing the associated strengths is a method known as taking an asset-based approach. When applied to social projects, this approach is referred to as Asset Based Community Development.

I once attended an introductory psychology lecture where the professor split the room into two. The left side of the room read a story about Jim, the right side read a story about Joe. Both were allowed to read their story only and then had to rate the character presented on a crude, subjective scale of 0-10 in terms of his ethical nature as a human being: 0 being the most unethical and 10 being the most ethical. While each story was longer than the ones below, I’ve found these abridged versions work with the same effect.

Deep down Jim was a really good man. He was walking along the beach when it happened. Jim killed Mary then and there.

Joe killed Mary then and there. He was walking along the beach when it happened. Deep down Joe was a really good man.

Although presented in a different sequence, these two stories are essentially the same. Yet results show that Jim is consistently rated as being more ethical than Joe, and in my research Jim is also rated as more able to contribute to creating a brighter world future. Our first impressions do count. When we open processes by reviewing the positives, we engage the imaginative neocortex, not the part of our brains associated with ‘flight, fight or freeze’ response. This enables greater creativity and a “flexible, responsive approach to situations”. This approach is not an advertisement for detached, ‘positive thinking’, which can avoid or ignore real challenges a situation might present. Rather, when we begin with the positive, the irony is that the challenges can then emerge faster, more directly and are able to be resolved more effectively.

In 2010, I assembled a team from around the world to form an economics institute looking at alternatives beyond capitalism (now known as the Post Growth Institute). When the group met for its first online meeting, I posed the question: What would a group that wanted to change the world typically do in its first few months? The initial reaction was the need to:

These are all valid responses, given the open-ended nature of the question. But with an asset-based approach in mind, I suggested that rather than starting out talking about the planned work or objectives, we instead spend its first three months mapping out its strengths. So we created a survey, with each individual suggesting questions they thought would elicit the best information about their fellow team member’s strengths. By the end of the initial three months of ‘asset mapping’, our group had read each other’s responses to the eight-page questionnaire that had been devised; and the results were incredible. The 10 people assembled were amazing! Amongst the group we had immensely diverse passions, knowledge, skills and resources, and reading about each other’s assets made us recognise how privileged we were to be working with such ‘rich’ colleagues. We felt like we knew each other deeply, although only two of our group of 10 had ever met in person. Trust levels went through the roof. We felt hugely empowered knowing we had an incredible amount of resources at our disposal.

Perhaps most excitingly, our asset-mapping process set the stage for a highly productive work environment. Bridges across differences had been established through the identification of our member’s similarities, and this made it easier for us to determine on what controversial issues we wanted to clarify the group’s position. Our team quickly developed a ‘consent rather than consensus’ model (see below) and has had extremely low levels of disagreement and no major roadblocks in terms of group dynamics in the years since. In just one day, the group managed to write its Charter, which has remained unchanged for four years, and its ideological starting positions took a similarly short amount of time. I’ve never witnessed anything quite like it when working with organizations.

The underlying message is that when we start by exploring people’s strengths, we value people as human beings. When applied to community development, the asset-based approach is one of the most powerful ways to mobilize for social change because it proposes that everyone has something to offer and therefore everyone is needed. It shifts thinking to building from opportunities rather than responding to problems, and in the case of group processes it reduces the kinds of participant fears that often lead to unhealthy behaviours (such as power plays and passive aggressive behaviour). Equipped with such knowledge, groups can then move forward in a respectful, highly productive way with the work that attracted their member’s involvement in the first place.

The asset-based principle is also transferable to project planning. When you design a project that starts by highlighting its participants’ strengths, user uptake rapidly increases. Similarly, an article that starts with positives or neutral facts will draw-in and retain more readers than one that starts with a controversial opening statement, even if that controversial statement appears later on in the article. Highlighting this phenomenon in the real world, the U.K. sustainability communications agency Futerra compiled a 2009 report demonstrating just how important it is for climate organizations to begin their arguments and reports by ‘selling the sizzle’, i.e., focusing on what’s going well.

The shift to exploring what’s working or positive before moving on to the greater challenges is a subtle but very powerful shift when you consider the norm. We’ve been raised in a consumer society that lives and breathes ‘deficit thinking’. Vested interests constantly reinforce what we don’t have as a way of retaining power. Everywhere you look, someone is offering a financial, technological or community ‘solution’ to our problems, but there seem to remain just as many ‘problems’ as ever. Think of the latest news article you read, meeting you attended, conference in which you participated or speech you heard: the focus at the start was likely on a problem, or what’s not working.

The not-for-profit sector, where service delivery always begins with a ‘needs assessment’, epitomizes this deficit model. Text on the Junior Chamber International’s website provides a useful example: “The first step in developing projects that create positive change involves analysing the community and assessing its needs”, they suggest. When it comes to social service provision, programs are commonly framed in a deficit-based way, serving the homeless, mentally ill, alcoholic, drug-addicted, unemployed, at-risk, vulnerable, disabled or home-bound.

By focusing on the resources it doesn’t have, instead of first celebrating what it does, the not-for-profit sector perpetuates the deficit model. This approach is reflected in the 20thcentury model of the welfare state, which has been largely representative of needs-based approaches. It has been a recipe for creating bloated governments and philanthropy-dependent not-for-profits, holding back our abilities to see and utilize both existing and potential assets. Counter-intuitively, focusing on addressing needs actually creates massive inefficiency within a system.

Deficit model thinking is most prevalent in aid and development work – the name of the field gives it away. How different would things be if we saw the majority of the world as extremely resourceful and then focussed on issues of inequity, rather than starting with the negative framing: two thirds of the world’s population is poor? This message rings particularly true for me in light of my first experience with the asset-based approach to community development, put into action by Jerry Odhiambo in Kisumu, Kenya. By training locals to map community resources through public surveys, the project ignited incredible collaboration between previously disconnected healthcare service providers.

Deficit thinking and deficit language can extend to even the most experienced practitioners of human empowerment, capacity building or development. A former colleague of mine who had just returned from working with an Australian Indigenous community shared: “Donnie, they’ve got nothing”. I replied that everyone has something to offer when it comes to community development. “No Donnie, they’ve literally got nothing”. Now while it may be true that this community was living in extreme poverty, it has been my experience that ignoring the incredible gifts we all possess at the outset of any engagement is an extremely disempowering starting point. 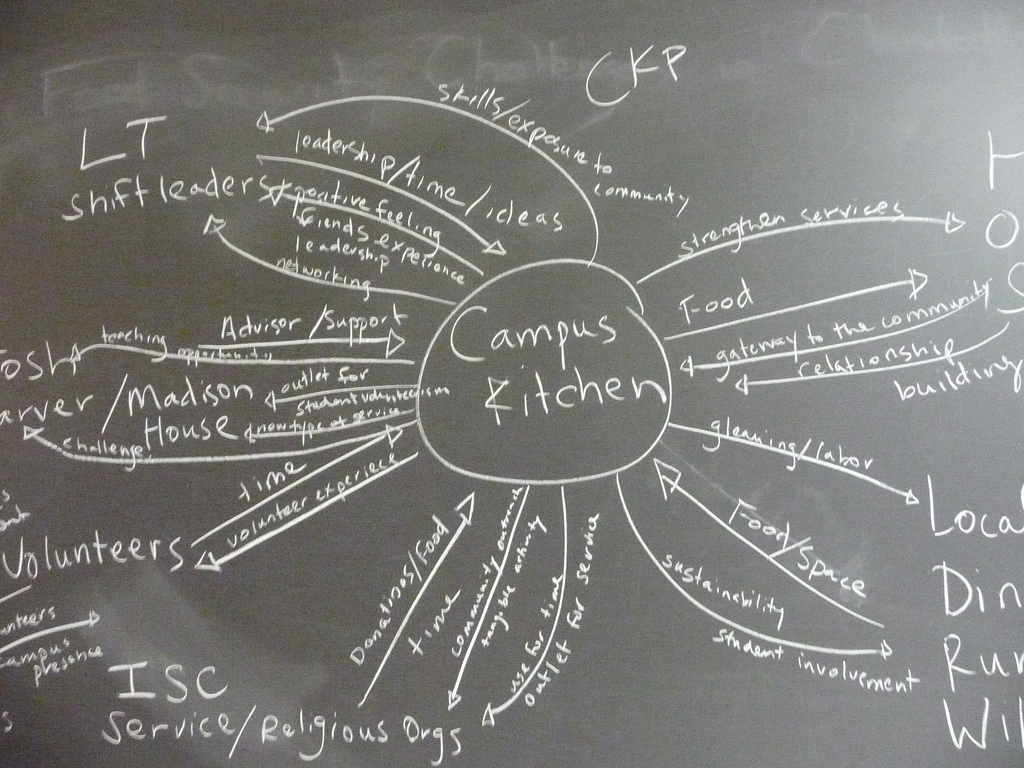 With this backdrop, the asset-based approach to community development provides a breath of fresh air. We move towards an empowering ‘we have’ narrative and away from the disempowering ‘we need’ version. Instead of another conference presentation on the need to create a new paradigm, movement, project, etc., we begin by valuing the incredible work we have all contributed to so far. There is an understanding that all new things, even paradigm shifts, are always part of a larger evolutionary process.

Often just starting and focusing on what currently works is enough to mobilize further resources. I was once hired by a small Australian community health service to assist with their strategic planning. In the car trip to the centre, the manager expressed her doubt that the day would result in a positive outcome. “We’ve tried facilitation before, but there’s too much division between the board and the management team”, she said. So I began the day with personal asset-mapping, asking people to write on sticky notes three of their passions, three things about which they know something and three things they can physically do, with the provision that all nine things be unrelated to work. After sharing these nine things with the person next to them, participants added their colourful sticky notes to big sheets of paper posted to the surrounding walls. The group discovered passions for common things like cooking, through to less common things, like creating stained glass windows. As a result, the rest of the day’s processes were a breeze. Everyone felt so validated as unique contributors that they easily found consensus on their vision and even developed a full task list for moving forward.

By starting with what’s already working, we ground our activities in the wisdom of possibility, drawing on existing trends, lessons and the ‘wins’ of those who have come before us.