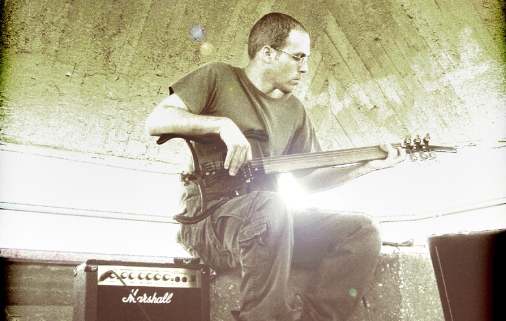 Over the past decade we have witnessed a burst of new technological achievements.

The ability to design, fabricate and distribute physical objects from our home computer has been around for several years now. Following prior creative disciplines that became digital (Print, Graphic Design, Animation…etc) it was expected that hardware design should have become the next disruptive / user generated content. Unfortunately, we haven't experienced it yet. As I mentioned briefly on my last post, the growth of this change is not based entirely on the improvement of the machines but rather on wider cultural aspects.

We can all agree that availability of resources, like domestic paper printers for example don’t necessarily create a society of novelists. This is not to say that most people aren’t talented but rather that the format of a novel is just one way of a written expression. New tools and technologies create new forms of expression and creative process. File sharing and mashuping are the creative expressions of today's culture: copy / paste, cut / paste, reverse engineering and the reuse of ready made materials are today's working methods.

Identity and culture that were once constituted by passive consumptions of brands are now shifting toward a new independent era, 'Do It Ourselves'. We're now beginning to experience a shift from a global-objective index of needs and providers to a personal-subjective one. Mass customizations and personalization are becoming the current key feature in many industries and services.

For many reasons hardware design hasn’t made these adjustments yet, and can't provide high volumes of different needs at different locations while maintaining profitability. As a result one of the signs of this discontent has evolved into a culture called Hardware hackers.

Hardware hackers manipulate existing products into new products that serves their unique needs, mostly by reverse engineering available products. Needless to say that most of the manufacturers aren’t thrilled of these methods and are doing their best to secure their properties.

These kinds of "protests acts" of manipulating the mainstream culture aren't new. Turntablism, scratching and sampling music used to be patronized and dismissed by the mainstream culture. In every creative discipline the change came when users started to share rich unique materials with no restrictions. This bottleneck of creativity is looking for more open accessible platforms to express their skills and to serve their needs.

Industrial designers as the 'professional content makers' stand today where professional musicians were about 20 years ago. Back then musicians were already able to write and produce their creations as a demo tape (a prototype in our case). Making several copies is reasonable but they are still dependent on centralized production and marketing platforms as their primary source of income. For this reason and with no incentive to collaborate, most of the professional designers won't share their designs for free. In order to create a collaborative process an integration between the object's virtual information and it`s physical form must be made.

In 2005 I founded Zoybar, an open R&D lab for academic, hobbyist, and commercial developers to easily create music instruments and applications. As a part of a global network of hardware hackers communities, industrial designers, engineers, musicians and fabrications sites our mission is to eliminate the exclusive authority of who can become an 'author' in the physical domain. 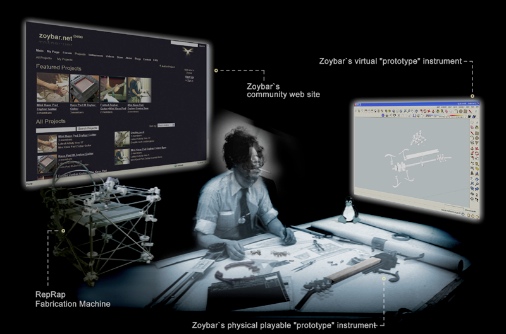 Most recently we initiated a new collaboration with Shapeways and Blender. This collaboration represents the first hardware integration between a mass production product and mass customization of user made applications. In other words: Musicians and designers – professionals and amateurs, can now edit and redesign our production files on various design software from their home desktop without the need to own expensive fabrication machines and softwares.

Example of a new hardware feature made by Marc Leboeuf a member of the Zoybar community.

Zoybar is an open R&D lab for academic, hobbyist, and commercial developers to easily create music instruments and applications. Zoybar also provides fully produced hardware kits for those who are more interested in experimenting with these new instruments physicality. Zoybar`s unique open R&D model provides access to both hardware and production files for further customizations and development by the end users themselves. Following our announcement on Innovation Journal (winter issue 2009) Zoybar`s 3D CAD production files are available to download for non commercial use and can be used to design new hardware features on many 3D modeling softwares like Blender.

The process is complete with the use of the online production service like Shapeways. All of these designs were made by our community users from their home desktop and are available for download and fabrication as new hardware features for the Zoybar instruments.

Until now duplicating hardware innovation was a fragmented process. You needed to start over every time. The collaborative level was more of a reaction rather than interaction.    Open hardware architecture translates as open modular systems. Zoybar is not a specific instrument. We provide physical and virtual platforms "short cuts" as creation tools for developing new music instruments. Zoybar was designed as an open hardware platform therefore hacking and reverse engineering can be practiced easily as part the creative process. 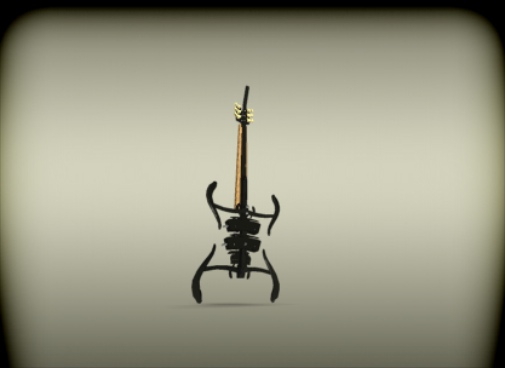 Common language is the key for collaboration and the system for distributing knowledge. The common denominator of open sourced software and hardware is the concept of language. A common recognizable system of elements, different attributions between the elements composes different meaning and functions. Zoybar can be considered as a new form of expression with hardware add-ons and user-made applications. Zoybar is an open sourced language. Users can improve, create and add more components on a collaborative platform.

One of the most popular and powerful feature of Zoybar is its collaborative nature as a social network for music instruments innovation. The collective intelligence provides endless uses and assemblies that are shared and recognized by the entire community members.

Users could also mount numerous sound effects controllers that are made by other manufacturers and end users. The results are interchangeable mashup instruments that enable the musicians to play and manipulate the sound simultaneously and directly from the instrument. Since Zoybar was officially launched (on February 2009), users have started to upload several modifications and upgrade options (As can be seen at our projects and video galleries).

Music is the universal language that can generate and amplify these trends and technologies.

Our vision is that Zoybar will inspire more companies and independent users to innovate and share their creativity with minimum restriction as possible.

Ziv Bar Ilan is the founder and CEO of Zoybar. Ziv directs the firm's design and business strategies, where he has pioneered techniques for accelerating innovation through co-creation models and

Ziv Bar Ilan is the founder and CEO of Zoybar. Ziv directs the firm's design and business strategies, where he has pioneered techniques for accelerating innovation through co-creation models and open hardware platforms. Since its launch, Zoybar has been recognized and awarded as a pioneer in the field of hardware design and innovation processes. On January 2010 Zoybar received the Atir award - Israeli Industrial Design Awards by the Ministry of Trade, Industry and Labor and the Israeli manufacturing association. Zoybar has caught the eyes of various magazines, Journals and TV Shows around the world such as REUTERS, AFP, ZDF German TV, Fast Company and I.D magazine among many others. For the last seven years Ziv is living in Kibbutz Kiryat Anavim located between Tel Aviv and Jerusalem, Israel.