The Motorhome Diaries: Bumps in the Road - Shareable
Skip to content 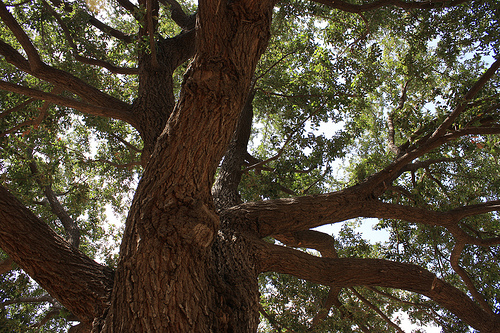 Tomorrow marks three weeks of living in the motorhome on a farm in Ojai, California. Feels like much longer, as every day is filled with challenges. The shrinking pains of fitting myself, my dog, and my stuff into such a small space would be enough of an adjustment, but that was only the beginning.

The fridge worked beautifully the first day. Then, I awoke the next morning to find everything warm inside. A guy came out to diagnose the problem as a blown cooling unit which would cost around $700 to replace. A new RV-style fridge with LP gas, electric, and 12-volt power options would be at least two to three times that. So, I opted to get a regular apartment-size electric unit instead. To get the closest size replacement, I had to order it; but a couple of weeks and $500 later, the ice chest has been packed away. Of course, it's sitting outside because I need help getting the old unit out and the new one in, but baby steps are sweet. The final chink in the fridge chain is that the old fridge won't actually fit through the door. If I'm lucky – and that's not likely – we can take off only part of the frame and have just enough clearance. Alternately, we can put it through the lounge-area window that has covered by plastic for about six weeks now due to a broken window pane and a twice-bungled replacement effort.

The second pretty big deal problem is that I'm fairly certain there's an LP gas leak somewhere. A surrogate dad type poked around all the pipes underneath the rig and couldn't find anything, but I know I smell it. You know how I know? Because when the gas is off, I don't smell it. To get around this major bump in the road – and safety hazard – I've been leaving the gas off except for when I need to cook or run the water heater. That means trudging outside at 6 am in the dark, cold morning to turn on the gas to heat my water for a shower.

And, although I'm a major eco nazi when it comes to water conservation and the like, living in the rig has taken that to a whole new level. Showering consists of an initial rinse, turning the water off to lather up, and a final rinse. Even that uses a quarter of my onboard water supply with daily dishes and drinking also taking a quarter which means filling the tank every other day. Woe is me. 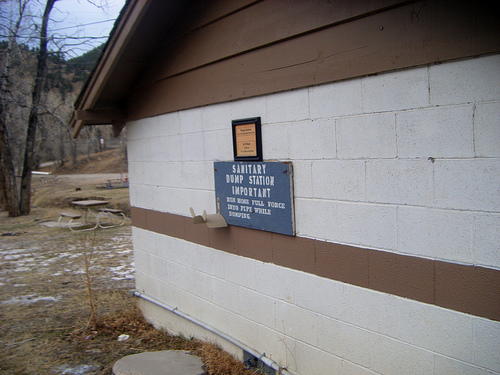 Other observations of motorhome living:

All that being said, I have a roof over my head that I own. It may well leak – because I haven't done my caulking project yet – but it's mine, nonetheless. Though I wish I had a bit more space, it's sufficient. If I can fix the gas leak and score a straight water hook-up, then those tedious annoyances will ease up. So then, really, it's the bi-weekly trips to the dump station that are the biggest pain and not because I'm weirded out by poop. Rather, it's because I have to lock everything down and wiggle out of (and back into) my little spot under the oak canopy in order to cruise up to the campgrounds.

I'll get it all sorted at some point and be able to kick back into this whole journey that much better … even if I end up staying put for a while.