The Motorhome Diaries: My Next Move - Shareable
Skip to content 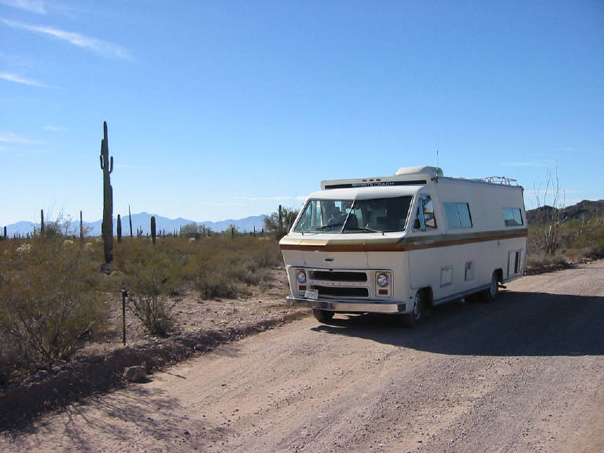 Today marks the end of an era for me, and the eve of a new one. In early 2010, when I returned to Southern California after a big circling of North America, I landed in a little homesteading compound in Ventura. Affectionately known as La Ancla, the digs consist of a main house, a guest house, and a semi-converted garage. Responding to the best Craiglist ad I'd ever read, I made my way into the latter abode. The price was right and the folks were cool, plus I figured I'd only be here for a few months while I regrouped and figured out my next move.

Well, those few months have turned into 20 and, over the course, we've made ourselves into something of a tribe here at La Ancla. Even the WWOOFers and house guests who pass through generally return at some point, just to keep the connection solid. In terms of communal living, we have it good. Really good.

Rare are the shared living situations that don't involve personality conflicts at one time or another. We don't have that here. Perhaps it's due to the fact that we have our own spaces carved out – the home owner and his partner in the main house, another couple in the guest house, and me in what I've come to call the tiki hut. Or maybe it's because we let ourselves come together organically for “yarden” projects or shared meals or evening catch-ups. We all pitch in as needed, whether that's putting out the trash bin, helping an injured compound-mate, or taking a dog out to pee. Nothing is forced or expected, though we each contribute something of ourselves to the group and we are all the better for it due to the variety of backgrounds, experiences, and talents collectively present.

Though everyone is well aware of my impending departure – the motorhome looms large in the driveway and a new tenant has been selected – we don't much discuss the fact that, as of tomorrow, I'm not going to live here. Sure, the first stop on my journey is only 15 miles up the road on a farm in Ojai, but… still.

When he composed yet another fantastic Craigslist ad to find a replacement tenant, Mike (the home owner) said he fashioned it with the goal of getting someone just like me. As it turns out, the new gal couldn't be more different from me if she tried. She's chipper to my laid-back, young to my not-so-young, somewhat flaky to my pretty well-organized, and so on. I'm sure she'll make her way just fine.

Though it took an awfully long time to arrive, my next move finally showed itself. And, so, off I go…