The Heart of Urban Resilience is Trust, Not Technology - Shareable
Skip to content 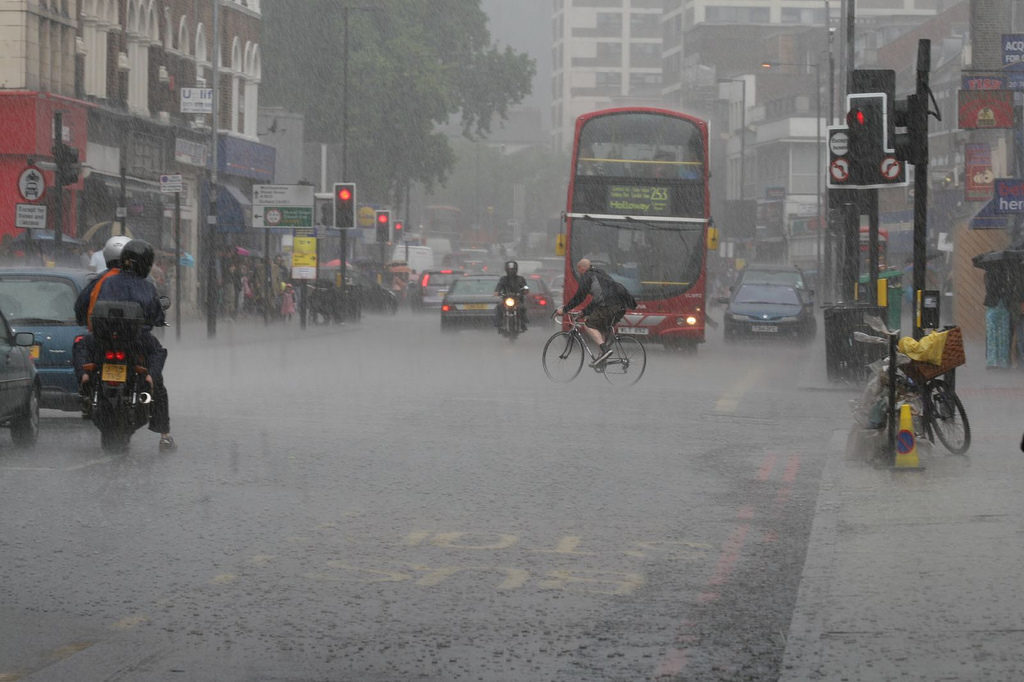 A few weeks ago, my family and I drove from London to my family home in the southwest of Britain. We were forced to drive because the train line that we normally rode, and that runs alongside the stunning coastline outside the Devon city of Exeter, had fallen into the sea during the terrible storms of January. It is a uniquely picturesque stretch of coast: The track curls around bluffs and coves, and was first built by the quintessential Victorian engineer Isombard Kingdom Brunel. For the first time in decades, the tracks had buckled and twisted in the storms, pounded by waves, leaving the counties of Devon and Cornwall cut off from the rest of the country. It will be months before the line is repaired, causing economic hardship and frustration.

As we drove through the countryside, the scars of the storm could be seen on all sides — rivers had burst their banks and miles of open fields had been transformed into wetlands, waters lapping at the edge of the motorway itself. Villages had been abandoned, farms devastated, crops ruined, and livestock lost. At the same time, the blame game had started in earnest; politicians stood in Wellington boots and listened to people’s stories, making promises to do what they could. Everyone wanted to know whose fault it was, and why nothing was being done fast enough.

A few weeks later, the water continued to rise, even threatening to encircle London, as the upper reaches of the River Thames swelled and broke its banks. The homes of the outer suburbs of the capital fell before the Spring tide. There were newspaper stories that predicted what would happen if the floods hit the centre of the city. At the same time, images were posted on Twitter to show the extent of the damage if the Thames Barrier, a flood prevention wall that spanned the estuary, had not worked. The statistics were retweeted with a mixture of fear and amazement: The barrier had been used 150 times since it was first built in 1983, including 28 times since December 6, 2013.

It is no wonder that there was a new energy in the debate concerning the question of resilience, and how to ensure that if — and when — such disasters arrive again, we are more prepared. Politicians, agencies, and advocates are currently arguing over resources and methods. The Prime Minister, David Cameron, has announced that he would repair the damage "whatever the cost," only for this promise to be negotiated down by his aides afterwards. 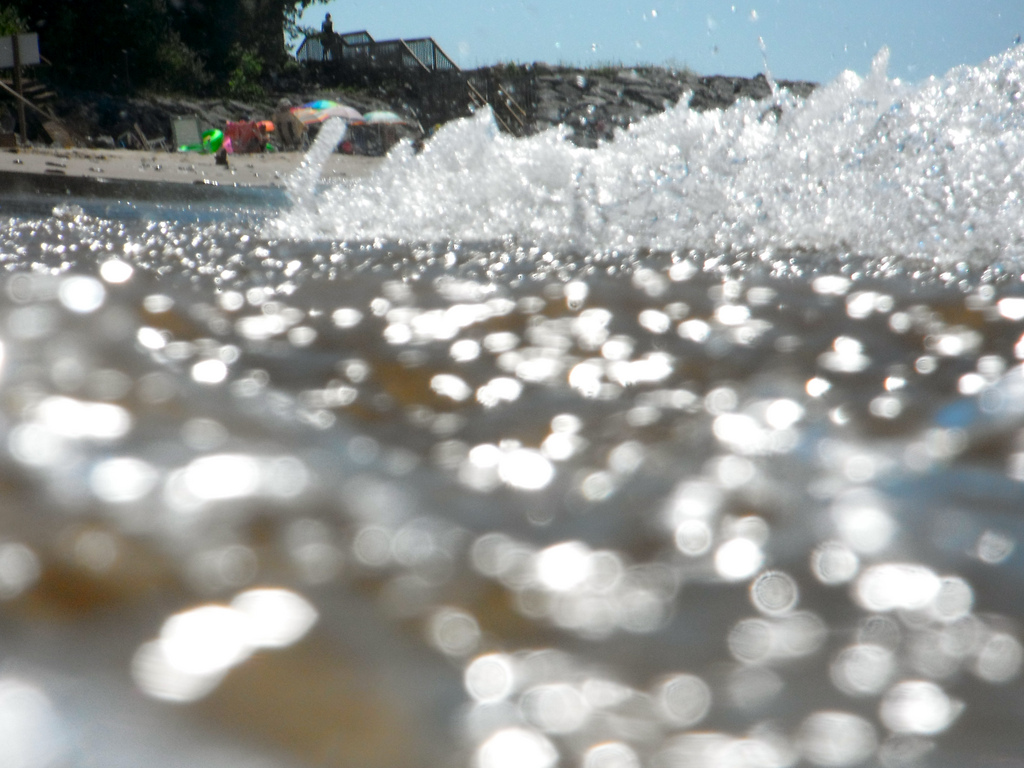 One thing is for certain, however: The discussion of ‘resilience’ becomes more urgent when the disaster arrives at your doorstep. Nevertheless, I can not help but feel ambivalence toward the word and, in particular, what it might mean to a city or community.

Like many concepts that start in the life sciences and get translated into the humanities, ‘resilience’ is a open-ended word. First developed by the Canadian ecologist C. S. ‘Buzz’ Hollings, the term was used to sum up something about the relationship between an ecosystem and complexity theory. Hollings' original paper in 1973 looked at how an ecology can respond to disturbance, and how it might resist damage and swiftly bounce back to a ‘steady state’ vitality — how a forest regrows after a fire or the impact of a foreign species introduced into an ecosystem “so as to still retain essentially the same function, structure, identity, and feedbacks."

For Hollings and his colleagues, it was important to be able to measure the limits of this resilience, developing an ‘ecological economics,’ which now allows economists and environmentalists to calculate, for example, the costs of overfishing, the impact of waste on ecosystems, the gamification of climate change, if you like.

But does this way of talking about resilience also work for cities? In many occasions, the use of resilience in terms of the city has come to take prominence over the discussion of sustainability. This could be partly to do with the sense within the word that jeopardy is increasingly more likely than not. While sustainability suggests that ‘If we do this, we might avoid disaster’; resilience, on the other hand, is more pragmatic and asks ‘When disaster occurs, how will we bounce back?’

This seems a realistic position to hold. We are facing an uncertain future as a result of climate change; disasters do seem to be happening all too often. But does our emerging notion of resilience, as a result, become an alternate way of thinking about disaster management rather than a longer term means to consider how to make our cities more robust and flexible in the face of uncertainty?

Resilience is now big business. And, as a result, the term can suffer from the allure of ‘solution-ism’ — the desire that, by doing something, all shall be well. These solutions often take two forms: design innovation or technological promise of Big Data (a version of Hollings's original 'ecological economics'). In both cases, engineering offers the answer, often at a price, and resilience can be imposed upon a place through good architecture, space management, or the helpful collation of vital information.

Doubtless that this will see some good results, but it raises some important questions that this limited definition of resilience does not answer. This kind of resilience is designed to be flexible, but it tends to be resistant to change. It can absorb disaster and be measured by how quickly it bounces back, but it loses adaptability; it does not learn from change. Instead, it seems, it is constructed to get everything back to work as quickly as possible, not to evolve into something different. What it lacks is a social urban dimension, one that takes people into consideration. 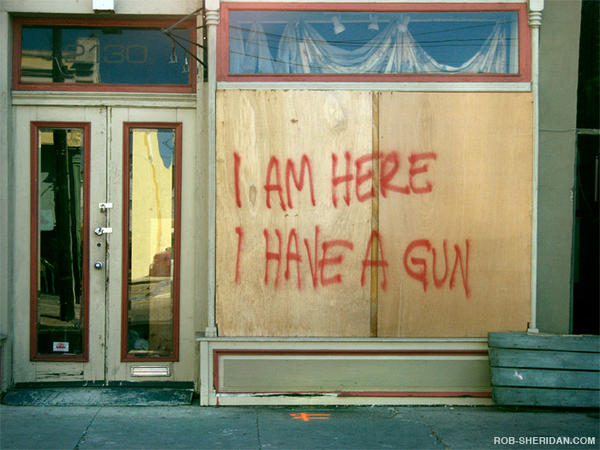 Many recent natural events — from hurricanes Katrina and Sandy to the winter floods and earthquakes in China — have shown that disasters are different for different people. In the days after Sandy, while some in Staten Island were wading through the debris of their neighbourhood, others were taking their regular jog around Central Park. The image of the lights still on in the Goldman Sachs offices by Battery Park while the rest of the Lower Manhattan was in darkness sums it all up. Resilience is unevenly distributed, even in the same city.

This kind of inequality makes trust difficult to thrive, and trust is at the heart of a more social urban definition of resilience. In Rebecca Solnit’s fascinating book about how communities come together in times of distress, A Paradise Built in Hell, she tells the story of what happened in 2005 in New Orleans after the levees broke, and the often overlooked acts of compassion and cooperation that spontaneously emerged out of disaster. "When all the ordinary divides and patterns are shattered," she writes, "people step up — not all, but the great preponderance — to become their brother’s keeper."

In the same manner, after the first reports of the horrific state of the flooded counties of southwest England, followed by the endless blaming and counter accusations between politicians and government agencies, stories started to emerge of how communities were helping each other to get back on their feet. As the organisers of floodvolunteers.co.uk told the Daily Telegraph: "People have offered up their homes, boats, waders, and even toys for kids. Others have volunteered their time and expertise. A group of farmers from the Netherlands have offered to bring over their tractors and boats. It’s restored our faith in humankind.”

This, surely, is a more robust way of thinking about how communities — and cities — bounce back. At the foundation of such adaptability is not some technological innovation, but trust — the essence of the understanding that the places where we live and the lives that we lead are shared experiences, rather than tradeable properties. This kind of trust, however, is nurtured in equality. It is not, as some thinkers will tell you — such as Francis Fukuyama or Robert Putnam — based upon some social transaction or the reward for one kind of participation or other, but rather the dissolution of the difference between us and them. This is a resilience that is more that simple solutionism, but also promises transformation.

Leo Hollis is the author of the new book, Cities are Good For You: The Genius of the Metropolis.

Leo Hollis was born in London in 1972. He read History at university and is the author of two books on the history of London: The Phoenix: The Men Who Made

Leo Hollis was born in London in 1972. He read History at university and is the author of two books on the history of London: The Phoenix: The Men Who Made Modern London and The Stones of London: A History Through Twelve Buildings. He writes regularly for the New Statesman, and the Guardian. His latest book CITIES ARE GOOD FOR YOU: THE GENIUS OF THE METROPOLIS was published in 2013 and was described by Michael Sorkin as a  'wide-ranging and acute observation of the interactions of the social and the formal that maps an optimistic and incisive vision of an emergent - and indispensable - urbanism predicated on sustainability, equity, imagination and trust.' He lives in London. His blog can be found at www.citiesaregoodforyou.com.