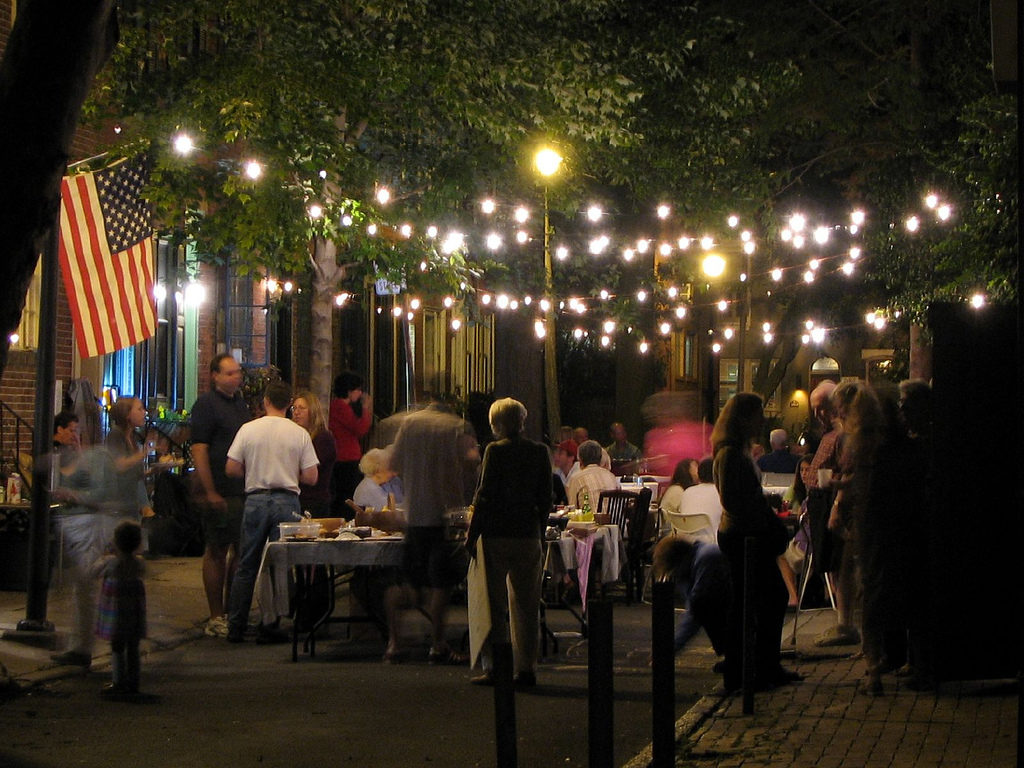 When family members do not work or live well together we sometimes call the family dysfunctional. We prescribe professional help for the family or advocate for social policies that would support it — child care, parental leave, extended unemployment insurance, debt forgiveness.

But the real challenge to the family is that it has lost its job. The functions of the family have been outsourced. The problem is not dysfunction — that’s just a side effect. The problem is non-function, and this has much to do with the growth of the consumer society.

The End of the Functional Family

Consumer society has put an end to the functional family. We normally think of consumerism as buying stuff we want but don’t need, but it runs deeper than that. The essential promise of consumerism is that all ofwhat is fulfilling or needed in life can be purchased — from happiness to healing, from love to laughter, from raising a child to caring for someone at the end of life. What was once the task of the family and the neighborhood is now outsourced. Aunt Martha is forgetful? Little Arthur is restless? Get them a diagnosis and a prescription. In this simple act, we stop being citizens — we become consumers.

The cost of our transformation into consumers is that the family has lost its capacity to manage the necessities it traditionally provided. We expect the school, coaches, agencies, social workers, probation officers, sitters and day care to raise our children. The family, while romanticized and held as a cultural ideal, has lost its function as the primary place to raise children, sustain health, care for the vulnerable, and ensure economic security.

The Rise of Neighborhood Incompetence

A competent community provides a safety net for the care of a child, attention and care for the vulnerable, the means for economic survival for the household, and many of the social tools that sustain health. The community, particularly the neighborhood, has the potential to provide the extended support system to help the family in all these key functions. The usefulness that used to reside in the neighborhood is now provided by the marketplace.

“It takes a village to raise a child” is an African saying repeated as a matter of faith by American leaders of all persuasions. Yet most of our children are not raised by a village. Instead, they are raised by teachers and counselors in school, youth workers and coaches out of school, juvenile therapists and corrections officials if they are deviant, television and computers and cell phones if they have spare time, and McDonald’s if they are hungry. What this means is that the space that the family and neighborhood once filled has been sold and is now filled with paid professionals, electronic toys, and marketing. 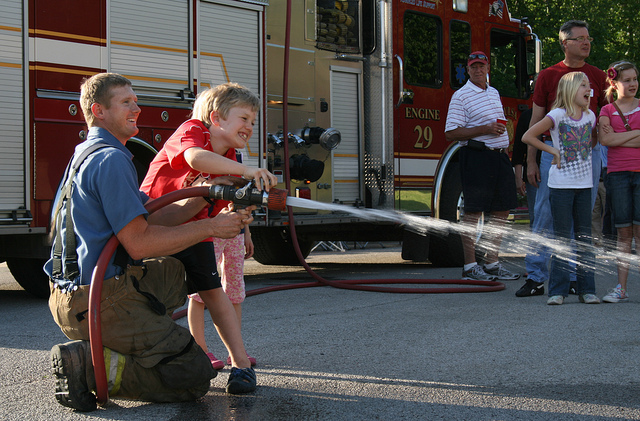 Until the 20th century, the basic idea in rearing children was that they become effective grownups by connecting with productive adults and learning from them the community’s skills, traditions, and customs. Youth learned from the community and had jobs to do: caring for the elderly and young, doing errands for the household, working on machines, helping with food. When they became adults, they were equipped to care both for the next generation and for those who had cared for them.

What we now know is that the most effective local communities are those where neighborhoods and citizens have reclaimed their traditional roles. The research on this point is decisive. Where there are “thick” community connections, there is positive child development. Health improves, the environment is sustained, and people are safer and have a better local economy. The social fabric of neighborhood and family is decisive.

Awakening the Power of Families and Neighborhoods

Creating a more community-based way to live and find satisfaction, even when surrounded by a consumer culture, requires only that we act as if each of us has what we need. We have the gifts, structures, and capacities to substitute for our habit of consumption. We can decide to shift our attention toward building the functions of our family and neighborhood.

Here is a story of how this works, drawn from the real-life experiences of families from neighborhoods around the world that we have worked with.

Naomi Alessio and Jackie Barton were walking through the neighborhood, talking about being overwhelmed with work, meals, lessons, school, and especially the kids. Except, Naomi noted, her son Theron had begun to turn around.

Last summer, when Theron looked through the open door of the metalworking shop Mr. Thompson had set up in his garage, the old man invited him in. Something clicked. Theron began to stop by every day, and he started bringing home metal pieces he’d learned to make.

Naomi could see Theron change. He was proud of what he made — Mr. Thompson even paid him to make a few things. Naomi said she’d finally stopped worrying about what Theron was doing after school. Jackie admitted that her son Alvin was in trouble, and she asked Naomi if there might be someone in the neighborhood whose skills would interest Alvin.

They knew that Gerald Lilly was into fishing, and that Sam Wheatley was a saxophonist, but that was about it. They decided to ask all the men in the neighborhood about their interests and skills. Mr. Thompson agreed to go with them.

It took three weeks to visit all the men on the block. When they were done, they were amazed at what they had found: men who knew juggling, barbecuing, bookkeeping, hunting, haircutting, bowling, investigating crimes, writing poems, fixing cars, weightlifting, choral singing, teaching dogs tricks, mathematics, praying, and how to play trumpet, drums, and sax. They found enough talent for all the kids in the neighborhood to tap into. Three of the men they met — Charles Wilt, Mark Sutter, and Sonny Reed — joined Naomi, Jackie, and Mr. Thompson in finding out what the kids on the block were interested in learning.

When they got together after interviewing the kids, Mark talked about a boy he met who knew about computers. Why not ask all the kids what they knew about? Then they could match adults to the kids, just as they planned to match up the kids with the grown-ups. When they were done, they found they had 22 things the young people knew that might interest some adults on the block.

The six neighbors named themselves the Matchmakers and, as they got more experience, they began to connect neighbors who shared the same interests. The gardeners’ team shared growing tips and showed four families how to create gardens — even on a flat rooftop! Several people who were worried about the bad economy created a website where neighbors who knew about available work could post job openings. To give it some flair, they found people in the neighborhood to take photos for the site and gradually opened it up for all sorts of neighborhood uses.

Jolene Cass, for instance, posted one of her poems on the website and asked if there were other poets on the block. It turned out there were three. They began to have coffee, share their writing, and post their poems online.

Eleven adults and kids formed the Block Band, and neighborhood singers formed a choir led by Sarah Ensley, an 80-year-old woman who’d been singing all her life.

Charles Dawes, a police officer, formed a team of adults and young people to make the block a safe haven for everyone. 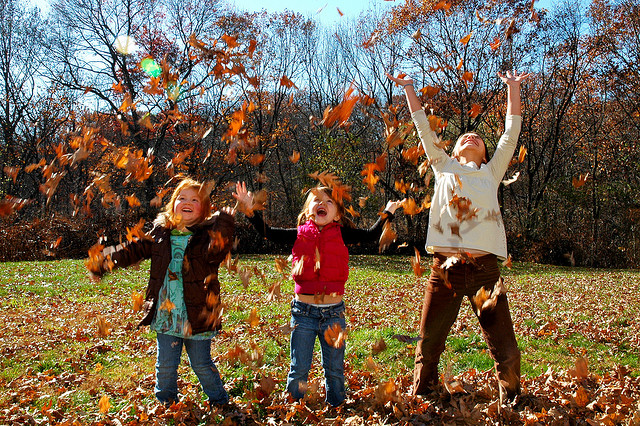 Libby Green had lived on the block for 74 years. The Matchmakers got two neighborhood teenagers, Lenore Manse and Jim Caldwell, to write down her stories about the neighborhood and post them on the website.

Then Lenore decided to write family histories for everyone on the block, and persuaded Jim and her best friend, Lannie Eaton, to help her record the histories and round up photos to go along with them.

Charles Wilt suggested a way for the Matchmakers to welcome newcomers to the neighborhood and begin to connect them with their neighbors: give them a copy of the block history and get information about the new family’s history, skills, and interests.

Three years later, at the annual block party, Jackie Barton summed up what the neighborhood had accomplished:

Seeing the Abundance in the Neighborhood

This thickens the social fabric. It makes the community’s gifts more widely available in support of the family. If we do it, even in small way, we find that much of what we once purchased is at hand: carpentry, Internet knowledge, listening, driving a truck, math, auto repair, organizing ability, gardening, haircutting, wallpapering, making videos, babysitting, house painting, accounting, soccer coaching, artistic abilities, cooking, fitness knowledge, sitting with the old or the ill, health remedies, sewing. And some of those things will come from the elderly, the young, the isolated, and the unemployed.

With the consciousness of our gifts and the ability to connect them and make them practical and usable, we experience the abundance of a community.

These local connections can give the modern family what the extended family once provided: A place with a strong culture of kin, friends, and neighbors. Together we raise our children, manage health, support local enterprise, and care for those on the margin.

When we become competent again and have families reclaim their functions, we see emerging from our community culture those essential qualities of a satisfying life: kindness, generosity, cooperation, forgiveness, and the ability to live with our common fallibilities. These will all be given a home and nurtured by families who have reclaimed their function