The Evolution Will Be Socialized - Shareable
Skip to content 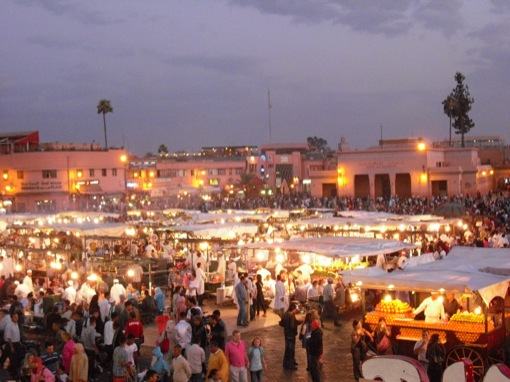 From the actions of the Egyptian government to the policies of Facebook, the monopolies of central banks to the corporatization of the Internet, we are witnessing the potential of a peer-to-peer networking become overshadowed by the hierarchies of the status quo. It’s time for us to gather and see what is still possible on the net, and what, if anything, can be built to replace it.

I have had a vague misgiving about the direction the net’s been going for, well, maybe 15 years. But until recently, it was more like the feeling when another Starbucks opens on the block, a Wal-Mart moves into town, or a bank forecloses unnecessarily on that cool local bookstore to make room for another bank.

Lately, however, what’s wrong with the net has become quite crystalized for me. It started with the corporate-government banishment of Wikileaks last year, and reached a peak with Egypt shutting off its networks to stave off revolution. The Obama administration seeking the ability to do pretty much the same thing in the US, Facebook’s “sponsored stories,” and the pending loss of net neutrality don’t help, either.

Here on Shareable, and then again in an OpEd for CNN.com, I suggested we “fork” the Internet – that we accept the fact that the net is built on a fundamentally hierarchical architecture, surrender it to the corporations who run it, and consider building something else for ourselves. The Internet as built will always be subject to top-down government control and domination by the biggest corporations. They administrate the indexes and own the conduit. It has choke points – technological, legal, and commercial. They can turn it off and shut us out. A p2p network protected only by laws – that exists but for the grace of those in charge – is not a p2p network. It is a hierarchical network allowing itself to be used in a p2p fashion, when convenient to those currently in charge.

If we have a dream of how social media could restore peer-to-peer commerce, culture, and government, and if the current Internet is too tightly controlled to allow for it, why not build the kind of network and mechanisms to realize it?

I received literally thousands of emails in response. Some people simply wanted to know if it was really true – could a government really just “turn off” the net? Yes. It’s true. Others wrote to let me know there’s no alternative; there’s no such thing as an unstoppable network. Even if we use ham radio or wifi “mesh” networks to connect to each other, they can always be jammed by governments. True, but by that logic the authorities also can prevent us from speaking to one another by shooting us. At least the tyrant would be in the position of attacking the people’s network, instead of simply turning off the network he already controls.

Finally, though, the vast majority of emails came from people who wanted to get started actually building a new net, developing p2p currency, or figuring out how to promote deep democracy through social media. What should they do? Where should they go? And those kinds of questions can’t be answered in an email, an essay or a column. It’s not something you click on. These challenges can only be answered over time by people actively collaborating on solutions.

That’s why – with some encouragement from a few great organizations including Shareable – I’ve decided to convene a summit called Contact. Contact will seek to explore and realize the greater promise of social media to promote new forms of culture, commerce, collective action, and creativity. I’m inviting technologists, artists, activists, businesspeople, funders, and other stakeholders in the networked future, to come together to hatch new ideas, connect with new collaborators, and forge an ongoing community for innovating social media and beyond. Some of them, like Michel Bauwens of the P2P Foundation, Paul Hartzog and Sam Rose at the Forward Foundation, have been working on these questions for a while. Others come from NGOs and even corporations looking to support and become part of whatever is next, rather than spending money resisting it.

From the development of a new non-hierarchical Internet to the implementation of alternative e-currencies, the prototyping of open source democracy to experiments in collective cultural expression, Contact will seek to initiate mechanisms that realize the true promise of the networking revolution.

The first summit, to be held October 20, 2011 as a MeetupEverywhere and centered at the historic Angel Orensanz Center in New York City, will be a participatory festival for ideas and action, consisting primarily of meetings convened by attendees. Featured participants will deliver brief “provocations” on stage, sharing the greatest challenges they are facing in their particular fields. But their primary contribution to the day will be to join in the meetings convened by other participants, sharing their experience, insight, and even connections to help bring these ideas into reality.

If it’s not the only thing of its kind in the world, so much the better. Let’s connect, conceive, and conspire. Contact isn’t a way of competing with those efforts, but supporting them.

Topics I’m opening for discussion include:

But please feel invited to bring your own. I may be initiating this thing, but I am by no means in charge.

At the epicenter of CONTACT will be the Bazaar – a free-form marketplace of ideas, demos, haggling, and ad-hoc connections. If you have visited the Akihabara, Tokyo’s ultra-vibrant open-air electronics market, or the under-the-highway open-air jade market of Kowloon, or even the Burning Man festival, you understand the power of combining commerce, physical location, and serendipity. A decidedly unstructured counterpart to the convened meetings, solo provocations, and the MeetUpEverywheres, the Bazaar will bring p2p to life, encouraging introductions, brokering, deal-making, food-tasting, and propositions of every kind. It is where the social, business, political, and spiritual agendas merge into one big human agenda.

Contact will hope to revive the spirit of optimism and infinite possibility of the early cyber-era, folding the edges of this culture back to the middle. Social media has come to be understood as little more than a marketing opportunity. We see it as quite possibly the catalyst for the next stage of human evolution and, at the very least, a way to restore p2p value exchange and decentralized innovation to the realms of culture, commerce and government.