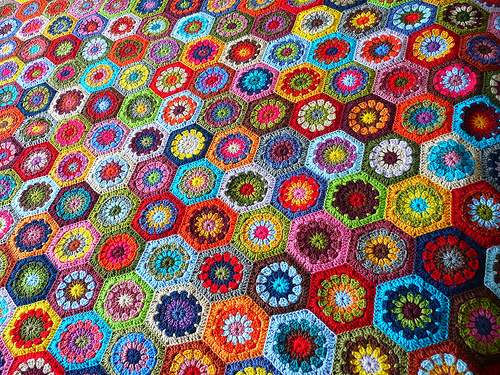 Sharing isn't unique to humans but we seem to do it a lot more than any other mammals. Some combination of intrinsic altruism, on-the-spot cost-benefit calculus, and perhaps the routine abstractions we subconsciously employ to reconfigure our internal reward systems has positioned us to be exceptional at sharing all manner of things.

So much so, it seems, that we've constructed a global web of technologies whose function seems to be primarily adapted to the simple, rapid, and non-local giving and receiving of ideas, emotions, experiences, templates, tools, and just about every other aspect of the human experience.

Indeed, the Information Age and all its wondrous gadgetry, heaved up by materials science and sustained by ridiculous amounts of energy, is the dawning realization of industrialism turned from hard goods to the exchange of dematerialized content.

With this radical sea change the economic and transactional barriers to sharing have been totally upended, as all too often illustrated by the daily tirades of the RIAA, MPAA, and so many other 20th century business structures. While the pundits are buzzing with the challenges of piracy, dying business models, and young upstarts there seem to be deeper currents moving through the modern world indicating a relentless drive to facilitate our ability to connect & share.

Sharing is so valuable to so many endeavors, from personal happiness & community development to scientific advancement & international humanitarian efforts that the international phone networks built over the last century have been adapted to become frictionless channels for the instantaneous global exchange of weightless content. Most importantly, this shift has not been the master plan of a few industrialists but, instead, is an emergent condition of the interface of global communication and the public commons.

ARPANET sent its first message in 1969. BBS users were an active subculture by the early 1980‘s. But it wasn’t until the mid-1990’s that significant populations began to colonize the nascent internet. It was these early adopters that built simple websites to profile themselves, share experiences, document culture & technology, and indirectly build out the distributed foundation of the modern web.

And of course, this surge of activity was born from the parallel efforts of the university & military networks that created the fundamental protocols of the modern internet in an effort to facilitate the sharing of research data & intelligence. All of these threads randomly intertwined to yield the messy, twisted spaghetti collage of the World Wide Web as a massive shared container of global culture.

In little more than a decade the web has become a monument to the human drive to acquire information and share ideas & experiences. As a monolith, it is arguably the eighth wonder of the world – in pure scale and complexity, the single greatest product of human culture. And at its core is the need to share as the fundamental driver of progress & civilization.

So what is sharing and why do we do it? At its simplest, sharing can be thought of as an exchange of information. Without diving into the wily esoterica of information theory it’s reasonable to say that information, for us humans, represents a collection of sensory inputs often imbued with some semantic meaning. So information is color, sound, words, data, etc…

Culture is an expression of such human-scale information. And, likewise, culture is an expression of the innate need to share. We share language to communicate. We share knowledge of crops and weather and medicine to support communities. We share our emotions, our fears and aspirations to express our inner lives and see ourselves reflected in others. We share art and aesthetics to convey the inexpressible. And we share the mechanics of manipulating matter to continually extrude the shell of technology that has enabled our populations to flourish and our lifespans to approach those of centenarians.

Sharing is an invaluable and valueless transaction fundamental to our daily lives. We are social animals all invested in a massive species-wide collaboration to survive and thrive. We share for mutual benefit, for altruism, for deferred returns, and, increasingly, because we are compelled to contribute to the global brain. Facebook & Twitter are perhaps the latest apotheosis of this shift towards the compulsive sharing of everything in our lives. And it is this condition that seems to represent something uniquely spiritual, or at least inchoate and just beyond rational apprehension, about our progression into the 21st century: the boundaries around the Other and shadows held within are falling to the illumination of the global consciousness.

And this isn’t some New Age hokum. We experience the lives of people in countries we’ve never been to. We see pictures of distant, foreign lands that look just like our own. We learn more and more about the similarities across cultures. We share who we are with those who were once considered foreign, barbaric, and alien. And with each new connection the fear of the Other dissolves into the familiarity of the Self. The twin engines of globalization and the internet are constructing a virtual commons in which we are all gathering to tell our stories and share our thoughts and emotions.

This radical shift has not been without consequence, of course, but it represents a deep, species-wide drive to get closer, to know each other, to share, and to better collaborate on the collective development of humanity and its place within the world.