The Dangers of Pricing The Infinite - Shareable
Skip to content 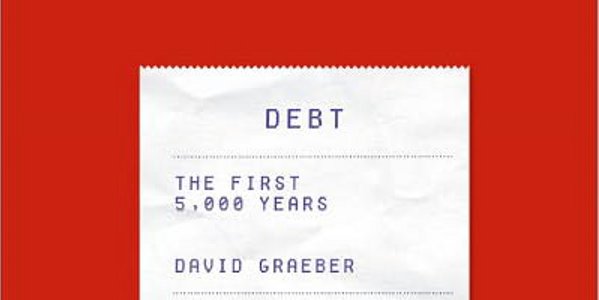 This post first appeared at the blog Crooked Timber as part of their digital seminar on Graeber's book.

“The notion of infinite debt comes in when this logic slams up against the Absolute, or, one might perhaps better say, against something that utterly defies the logic of exchange. Because there are things that do. This would explain, for instance, the odd urge to first quantify the exact amount of milk one has absorbed at one’s mother’s breast, and then to say that there is no conceivable way to repay it.” – David Graeber, Debt

“Could all of this be thought ‘a normal upbringing’? Everyone seemed to think so and my parents, bless them, paid for it. So much that my father proudly presented me with a complete set of receipts on my twenty-first.” – Derek Jarman, At Your Own Risk

In April of last year I wrote an article for N+1 on the astronomic growth of student debt in America since the 70s. At the time, student loans had just passed credit cards as the largest source of consumer debt at $800 billion. Less than a year later, the total has topped $1 trillion with no real signs of slowing, while the other measures I referenced, including youth unemployment, have increased to new record levels as well. The conclusion that “the most indebted generation in history is without the dependable jobs it needs to escape debt” is more valid than ever.

But what does it mean to be the “most indebted generation is history?” One of David’s biggest contributions to our current discourse is the comparison and contrast between different kinds of debt and the emphasis he puts on the point that money is “first and foremost the acknowledgment of a debt that cannot be paid.” (emphasis in original) He goes through a number of typologies, showing lots of different kinds of debt relationships that can and/or should not be terminated through a finalizing payment. Debts between friends work like this, but the infinite debt relation par excellence is between the parent and child. The revulsion we feel at the sort of parenting bill that Jarman describes in the opening quote is a key mechanism keeps society reproducing itself. To turn what ought be an infinite debt that maintains inter-generational obligations, both to the elderly and future children, into a monetary sum, is to ask that it be paid and the relation ended.

But of course the parents didn’t start out with nothing, they started out with infinitely less than that. They began with a supposedly unending obligation inconceivable in terms of monetary exchange. But over the last thirty-odd years, the nature of this inter-generational debt has changed to something measurable, even if the total sum if seen in one place would render the currency more or less meaningless to any observer.

The monetization of these kinds of debts can be dangerous for the social orders built on top of them. As David writes on Hindu conceptions of hierarchy and debt, “to have imagined their responsibilities as debts would have been profoundly subversive, since debts are by definition agreements between equals—at least in the sense that they are equal parties to a contract—that could and should be repaid.” He finishes the section with the book’s most useful conclusion:

Politically, it is never a particularly good idea to first tell people they are your equals, and then humiliate and degrade them. This is presumably why peasant insurrections, from Chiapas to Japan, have so regularly aimed to wipe out debts, rather than focus on more structural issues like caste systems, or even slavery . . . Debt peonage, it would appear, is far more likely to inspire outrage and collective action than is a system premised on pure inequality.

Eeconomist and blogger Mike Konczal has parsed the data from the “We Are The 99%” tumblr that became a digital catalog of the individual motivations behind (the overwhelmingly young) Occupiers and their supporters, and concluded that “The overwhelming majority of these statements are actionable demands in the form of (i) free us from the bondage of these debts and (ii) give us a bare minimum to survive on in order to lead decent lives (or, in pre-Industrial terms, give us some land) . . . these are the demands of a peasantry, not a working class.”

As of 2009, 37 percent of American households headed by someone under 35 have more debts than total assets, which doesn’t even count over half of those under 24, who live with their parents. That’s a recipe for social instability, an organization less structurally sound with regard to popular uprising, Graeber would argue, than most slave societies.

There’s a particular affect that David identifies with “the debtor who feels he has done nothing to deserve being placed in his position: the frantic urgency of having to convert everything around oneself into money, and rage, and indignation at having been reduced to the sort of person who would do so.” It’s not just the humiliation and dispossession endemic to inequality and hierarchy, but a particular feeling of being reduced to what Evan Calder Williams has called “meat on the hoof.” The feeling of walking on rented legs that always threaten to wander back to their true owners.

The critic and novelist John Berger described the desperation in Pig Earth, the first in his Into Their Labours trilogy of peasant stories. Marcel is a peasant resistant to mechanization and the erosion of his self-sustaining way of life. But what drives him over the edge is two inspectors who try to levy a tax on his pressing and brewing apples he grew into gnôle. He kidnaps them at gun-point, and holds them in a small room full of sheep, where he rants;

“You are worried, he said. I regret to have to tell you that there is a tax to pay on worry! There’s also a tax to pay on pain and a tax on shivering! A thousand francs a shiver!”

Beneath the monetization of human relations is the force, the gun holding it all together. As David puts it, “Any system that reduces the world to numbers can only be held in place by weapons, whether these are swords and clubs, or nowadays ‘smart bombs’ from unmanned drones. It can also only operate by continually converting love into debt.”

But the more love you convert, the more guns you’re going to need.