The City in The City - Shareable
Skip to content 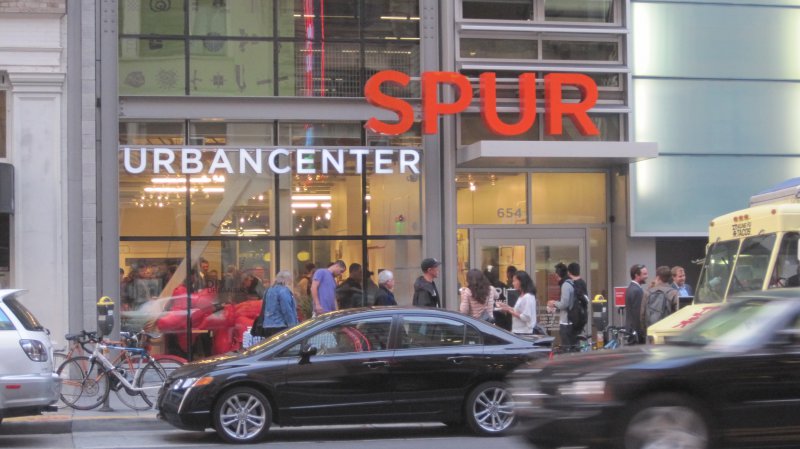 On Tuesday night, SPUR (San Francisco Planning + Urban Research Association) brought the future of city living to the present. At their Mission Street Urban Center, SPUR opened the "DIY Urbanism" exhibit with some city living of their own. A crowd of artists, architects, entrepreneurs, and urbanists of all sorts packed into the exhibit space to enjoy San Francisco's present — and a vision of its future,

"This is a movement," SPUR Executive Director Gabriel Metcalf told the assembled crowd, "stronger in San Francisco than anywhere. They start as experiments, take root, and grow." The exhibition features over a dozen of these experiments, ranging from outdoor furniture to mobile parks. While visitors wandered between the displays, it became clear that new urbanism wasn't only on the walls. A taco truck and a creme brulee cart provided gourmet street food while a near-capacity crowd spilled onto the sidewalk. In many ways, the SPUR Urban Center is an element of its own show, providing a site for experimentation in city life in San Francisco.

Here are just a few of the DIY urbanism projects on display at SPUR: 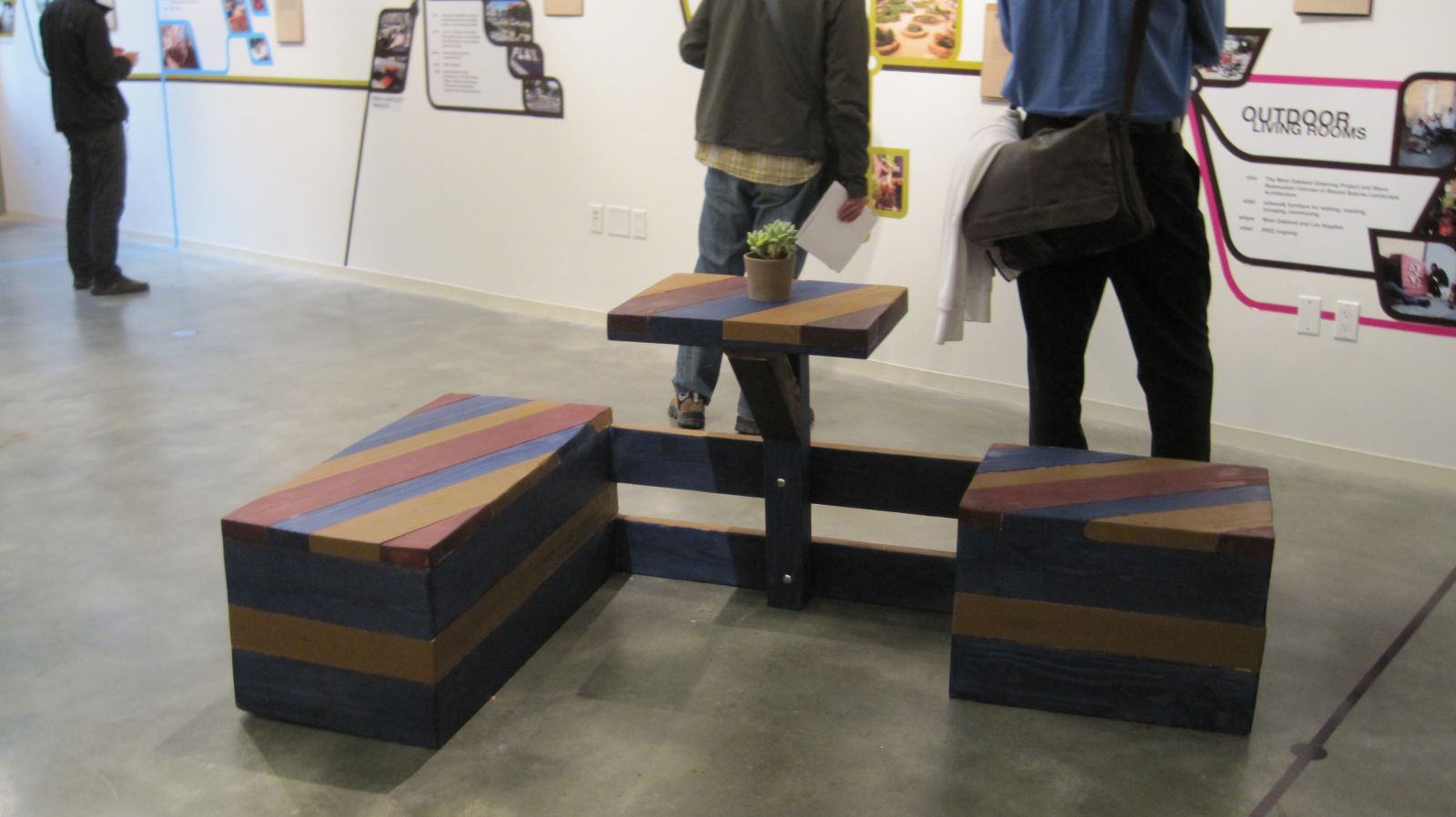 Can you make a low-income neighborhood more pleasant and discourage gentrification at the same time? Designer Steven Cancian and the West Oakland Greening Project think so, and they are trying something novel: building living rooms outdoors. With Cancian's cheap but sturdy wooden furniture, a city street can become a common place for residents to gather. Luckily, Cancian and Co. have found that vibrant communities full of people interacting in public tend to repel developers looking for quiet blocks. With these outdoor living rooms, residents can improve their space without risking their own expulsion at the hands of gentrifiers looking for a hip new neighborhood.

SPUR has brought some of the outdoor living room temporarily indoors. There are two pieces on functional display: a table with two seats and a bench that came in handy at SPUR's packed opening party. The furniture is strong and simple without skimping on style. While traditional city benches aren't conducive to conversation Cancian's constructions create social spaces by orienting sitters toward each other. 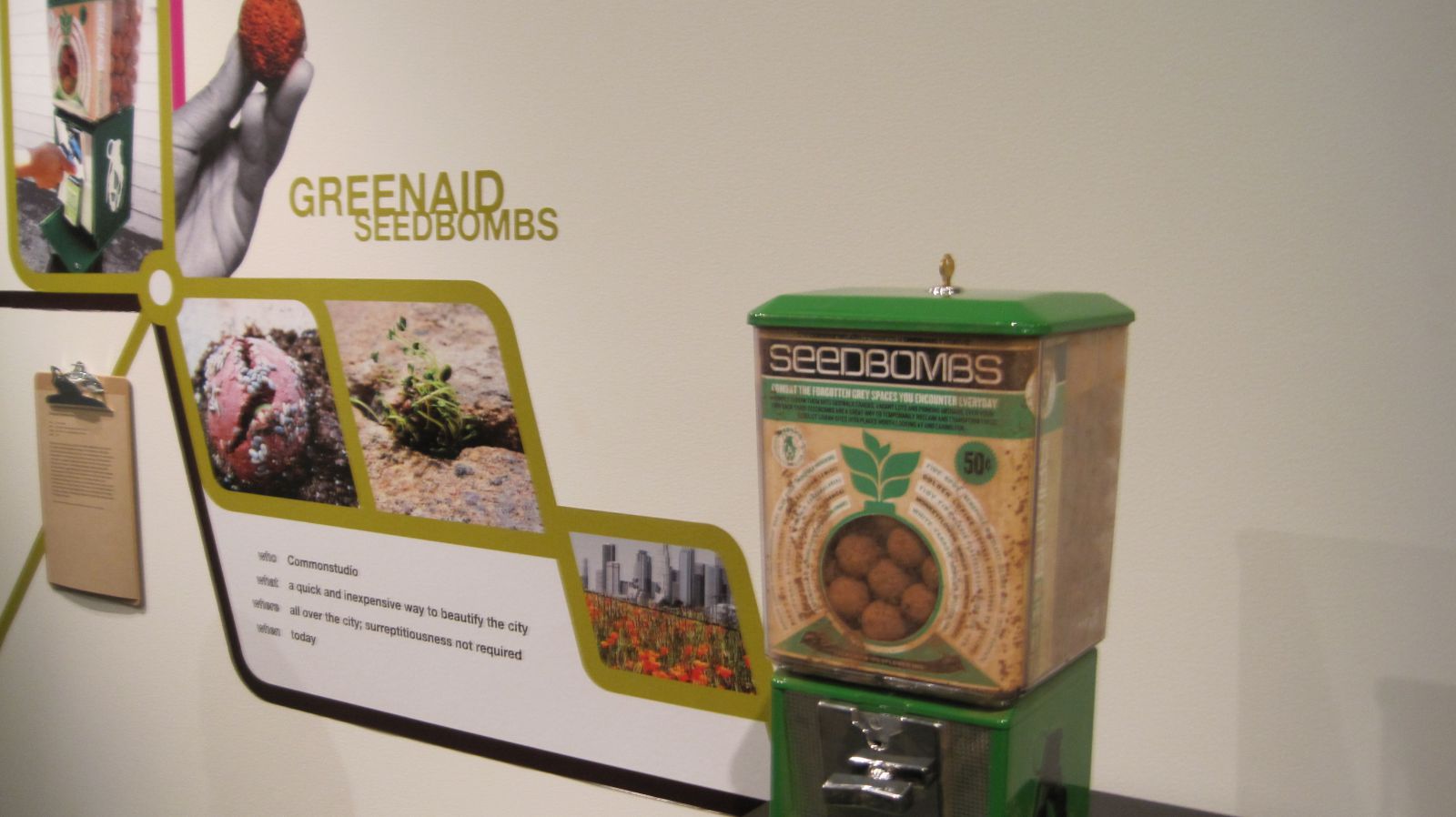 Sometimes "taking root" is more than just a metaphor when it comes to the frontiers of new urbanism. Greenaid's "Seedbombs" are balls of clay, compost, and seeds dispensed through coin-operated vending machines. Seedbombers deploy the clusters to green urban neighborhoods easily and anonymously by dropping them anywhere with dirt. Greenaid aims to fill the cavities of urban decay with new life by spreading these vending machines across the nation. The organization tracks their distribution online, and so far there are machine locations in six states from California to North Carolina.

The dispensers are tempting, and I saw more than a few visitors use SPUR's functioning display model and pocket the transformative little projectiles for the walk home. Seedbombs can turn a sidewalk into a nursery and a passer-by with some change into a modern-day Johnny Appleseed, just don't confuse them with gumballs. 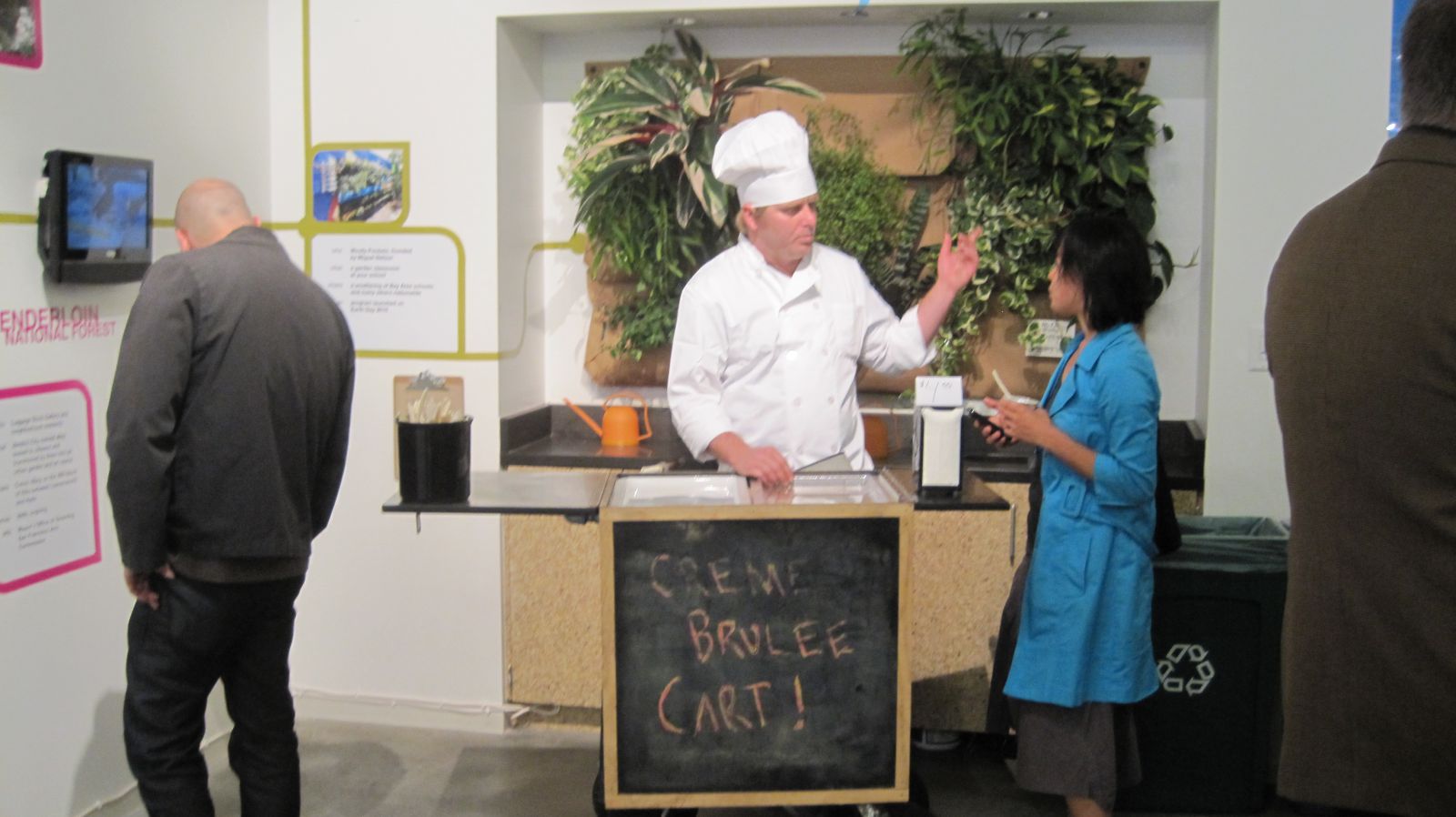 The creme brulee guy, as he's affectionately called, doesn't live at SPUR, but he was on hand for the show's opening as a living exhibit. He wheels around slinging cups of this classic French dessert from his cart. At four bucks a pop, this treat isn't cheap, but this mobile chef changes whatever city corner he winds up on. By combining the techniques of street vending with a hearty dose of technology, the Creme Brulee Cart brings the outside eatery into the 21st century. Even if you can't find this chef at SPUR (although I'm sure they'd love to have a cart-in-residence), you can track him down via Twitter.