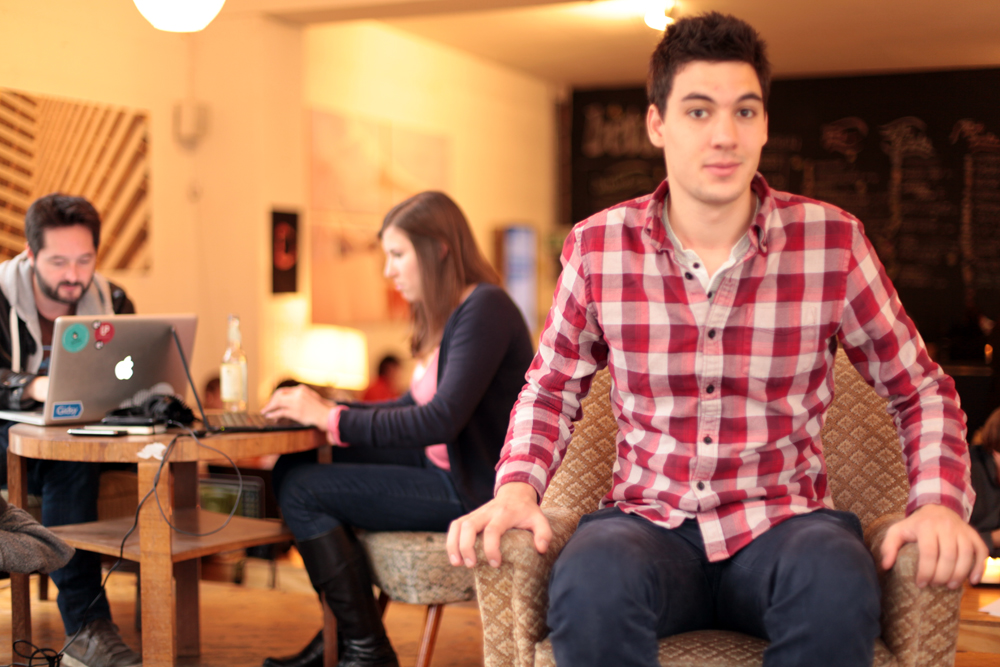 Collaborative Cities is a documentary about inspiring entrepreneurs and communities in a new economy built around sharing and collaboration. The documentary features people from vibrant cities across Europe and North America, sharing resources, knowledge, skills, facilities and experiences to reinvent the world we live in. We spoke with Maxime Leroy, Collaborative Cities’ Director, to learn more about the documentary and his experience in the sharing economy.

Enabling City: Prior to directing Collaborative Cities, you were involved in projects like We Are Doers, which you co-founded. Was it a very big jump to go from interaction design to directing an international web documentary?
Maxime Leroy: As a UX/UI design student, now as a service designer, I was interested in projects that tackle social justice, sustainability and local/fair economy issues. I’ve strived to pursue a design practice that doesn’t separate itself from certain political ideology. Christophe Gouache, Manon Dupouy and I started a series of student projects that had this same vision in mind, and this is how We Are Doers came to be.

A few years later, I began directing Collaborative Cities. A year into my service design studies at Parsons, and working as an assistant for the DESIS Lab, I knew design would play a major role in the upcoming ‘collaborative economy/consumption revolution.’ Thanks to eye-opening courses by Cameron Tonkinwise and Lara Penin, I was inspired to gain a better on-the-ground picture of this movement. The success of Collaborative Cities’ crowdfunding campaign enabled me to increase the scope and ambition of this documentary project and to share it with a greater audience. 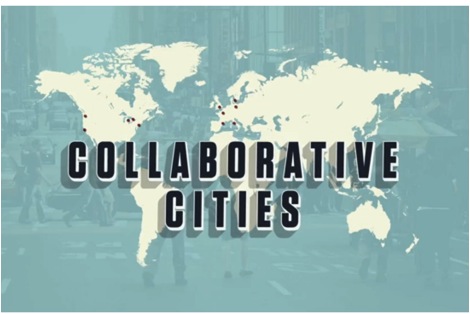 EC: How was the idea for the Collaborative Cities project born, and how did you become involved with the OuiShare community?
ML: While dreaming up this documentary on my own in NYC, I came across a community of like-minded people in France, which would later from the OuiShare community. Back in Paris, they had a similar project in mind and, with their help, I took the lead on this side of the initiative while they worked on the magazine, events and network in their community. OuiShare helped me identify which initiatives and people we should interview and what cities we should travel to.

EC: What was the creative process behind Creative Cities like? Did you travel to every location and interview these changemakers personally?
ML: I traveled to every city, sometimes alone, sometimes with the Adesias studio’s team to shoot initiatives and startups in the cities we had identified prior to our crowdfunding campaign. Working with this wonderful Paris-based studio helped me transform Collaborative Cities videos into professional content.

EC: What is one crazy story or favourite memory from your experience filming Collaborative Cities?
ML: I lost a freelance videomaker two days after arriving in the US, so I had to learn a new skill (how to shoot with a 5D DSLR and record sound to get great interviews) in just a few hours, before being left with the gear for one month and six cities in North America to visit. One of my favourite experiences was visiting Detroit, but you have to be there to understand it. 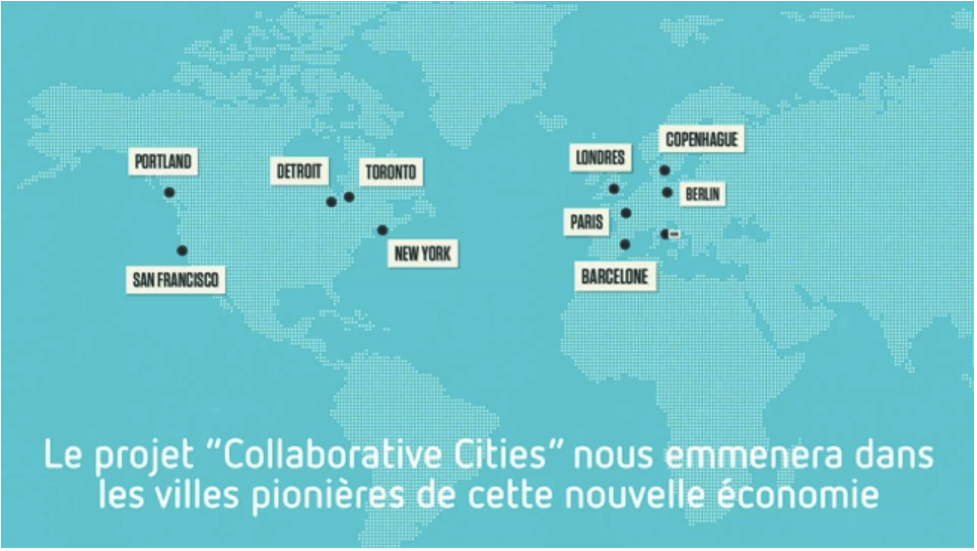 EC: Now that you have such incredible exposure to the way people collaborate around the world, have you noticed any major similarities or differences in the way the sharing economy is advancing in places like North America and Europe?
ML: The super-subjective comparison (despite the incredible exposure) goes something like this: North America is definitely faster at spreading the benefits of the new economy to the larger, mainstream audience it deserves. It is also better at scaling it through state-of-the-art online platforms and peer-to-peer tools, having turned some existing powerful ecosystems (Silicon Valley, New York's creative base, Toronto's start-up scene, Detroit’s urban activists) into collaborative economy leaders and advocates.

At the same time, I fear there is a huge confusion going on, mostly due to the marketing forces at play, when it comes to the words "share" and "collaborative.” I don't understand how so many companies can find themselves listed alongside food co-ops, clothes swapping events, and so forth. I just don't get how this confusion can go on with little critical commentary.

In Europe, on the other hand, we have 27 countries in the Union, which means 27 distinct approaches to accelerating the reach of the collaborative economy. The fragmentation decreases the efficiency and overall appeal of practices like home-swapping and car-sharing, which means that we haven’t reached our critical mass yet. That's why we are still at the stage where the press is focusing on angles like: "Hey, look at what these contemporary hippies are doing to recover from the crisis.”

EC: What is in store for Collaborative Cities and you personally?
ML: Now that all Collaborative Cities videos have been released under a Creative Commons license, and after two official premieres in New York and Paris, I am comfortable concluding the project here. I believe in projects with a clear start, end, and a tangible output – that's what motivates me to get back on the road again, to learn from past experiences.

I don't see Collaborative Cities running permanently, but I'm sure somebody will take the project to another level, in another part of the world maybe, and continue to identify and spread the word about great collaborative models worldwide.

As for me, I'm done being behind the camera for the next while, but this documentary has inspired me a great deal to start a new project with my former colleague and current flatmate, Solène Maitre.