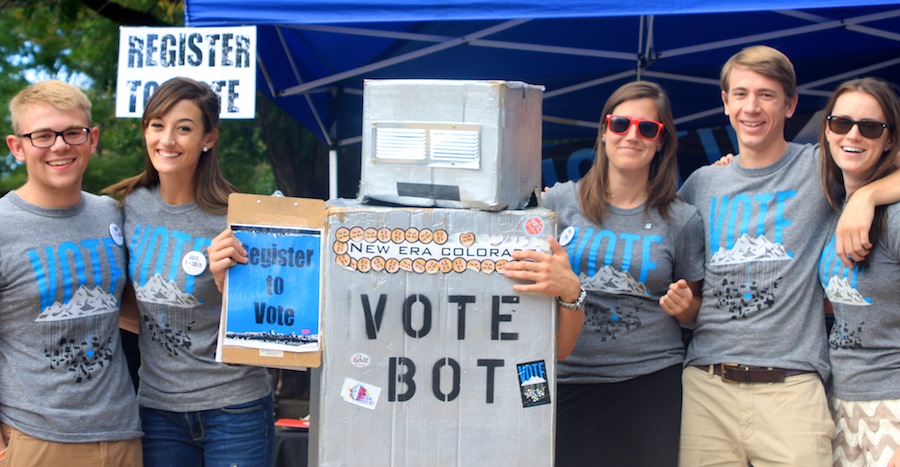 Residents of Boulder, Colorado recently scored another huge victory in their pursuit of clean, publicly-owned energy. On November fifth, Measure 310, which was funded by energy giant Xcel and would have effectively halted progress on the project, was resoundingly struck down by voters.

New Era Colorado, an organization focused on engaging young people in the democratic process, was a driving force behind the No on 310 campaign. Through its wildly successful crowdfunding campaign, New Era not only caught the attention of people around the world, but raised almost five times its initial goal of $40,000, bringing in $193,000 in donations when all was said and done.

While the fight that’s being waged against Xcel for the future of Boulder’s energy is an important one as it demonstrates how this model can be scaled to other communities, it’s also an incredibly empowering example of the voice of the people triumphing over the deep pockets of corporations.

“The victory in Boulder means a lot for our community, but means something so much bigger in a lot of ways, too,” says New Era’s executive director Steve Fenberg. “We proved that democracy can still be about people and not expensive political consultants. We proved that the side with the most money isn't the side that has to win. And we also proved that communities can take control of their energy future, no matter how much of an uphill battle it seems.”

As sweet a victory as defeating 310 was however, the fight is far from over. New Era is keeping a close eye on the politics surrounding the clean energy project, making sure the community has a voice in shaping the future of local energy, continuing to raise community awareness, and expanding efforts to engage young people in democracy.

“Young people need a seat at the table in solving the big problems that face our generation,” says Fenberg. “The best way to make that happen is by young people being engaged and participating in huge numbers. We'll be registering voters, engaging them on the issues, and ensuring they have a loud and clear voice in the electoral process that shapes the future of our state.” He adds, “We'll also make sure the community is aware of and ready to fight back when/if Xcel puts up additional roadblocks to keep us from realizing our goal of creating a model for a clean energy future.”

Big props to New Era and Boulder voters for demonstrating the power of people to create a better, cleaner future.