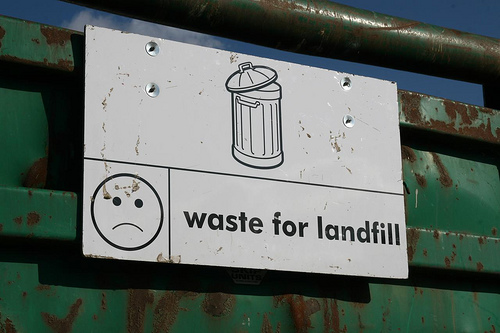 Our nation’s financial downturn has a surprising, green upside. The recessional pinch on consumer wallets has drastically cut the amount of stuff purchased, which has resulted in record low garbage levels. Among other states, California cited a 28 percent decrease in landfill collections since 2007 – a welcome slowdown to the 40 million annual tons it used to process.

According to the Bureau of Labor Statistics, “average annual expenditures per consumer unit fell 2.8 percent in 2009 following an increase of 1.7 percent in 2008, according to results from the Consumer Expenditure Survey (CE) … This was the first time there has been a drop in spending from the previous year since the CE began publishing integrated data in 1984 … Spending on housing and transportation fell 1.3 percent and 11.0 percent, respectively, contributing to the overall drop in spending in 2009. Healthcare expenditures rose 5.0 percent, the only increase among the major components of spending. Among the other major components, food dropped 1.1 percent, apparel fell 4.2 percent, entertainment dropped 5.0 percent, and personal insurance and pensions fell 2.4 percent.” 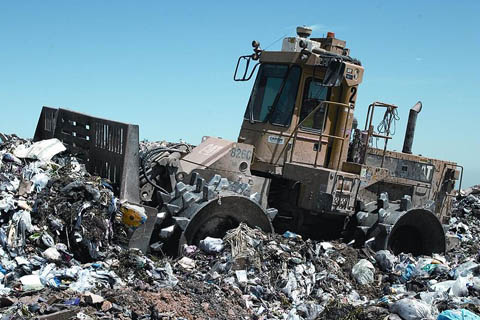 Shoppers avoiding new buys are creating second lives for their belongings. Almost anything unwanted but still reusable can now be repurposed, shared, or traded through meet-ups and online marketplaces. Consumers are quickly gravitating toward models of collaborative consumption, and mother nature is sighing in relief. An indicator of these trends might be found in Craigslist's revenue boom. In 2009, the peer-to-peer site was projected to rake in around $100 million. The New York Times estimated, “That is a 23 percent jump over the revenue the firm estimated for 2008 and a huge increase since 2004, when the site was projected to bring in just $9 million.” In 2010, that number jumped again to $122 million.

This financially driven green movement has intercepted millions of landfill-bound items, with DVDs, toys, electronics, and clothing leading the reusables list. According to the EPA, Americans discarded a staggering seven million tons of clothes in 2007. But in the past four years, apparel has steadily grown into one of the most traded items among local friends and online peers.

Likewise, electronics are huge perpetrators of waste. The EPA estimates “that 438 million electronic products were sold in 2009, which represents a doubling of sales from 1997, driven by a nine-fold increase in mobile device sales.” Over 130,000 computers and 270,000 cellphones get thrown out every day in the U.S., with 25 percent of all electronics being recycled. Rather than trashing outdated gadgets, Americans are now exploring different ways to share, swap, and cut down on e-waste.

As our nation mends its financial wounds, we can only hope consumers hold on to their new conservative (and inadvertently green) behaviors. In an ideal world, pocketbooks will bounce back without the accompanying mentalities of hyper-consumption and waste. Otherwise, global health may soon steal the crisis spotlight.