Swapping Clothes for Fun, Creativity, and a New Economy - Shareable
Skip to content 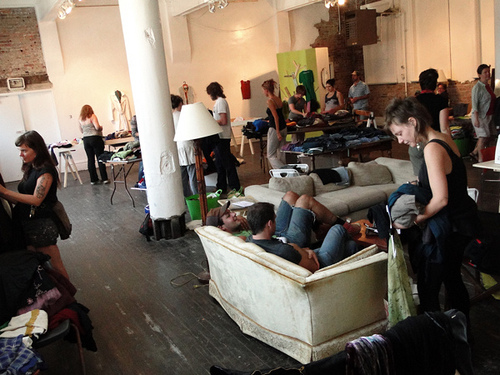 After 14 years of throwing clothing swaps in her home, Christina Worsing founded Give and Take, a clothing exchange service and experiment in alternative social economy. An artist and designer living in the Polish Hill neighborhood of Pittsburgh, Pennsylvania, Christina has a passion for service systems, redistribution economies and bringing people together with a purpose.

In designing the clothing swap service, Christina focused on the social side of reuse. Bringing civility, informality and negotiation into the transactional process were her aims. "When we approach exchange this way, we end up with a different set of criteria for defining what success means. Throughput, efficiency and ease are all very nice but not of any great importance to Give and Take. The fact is that the clothing swaps might not actually be the easiest way to share clothing. But they certainly are much more fun and civil than most other methods", she notes. 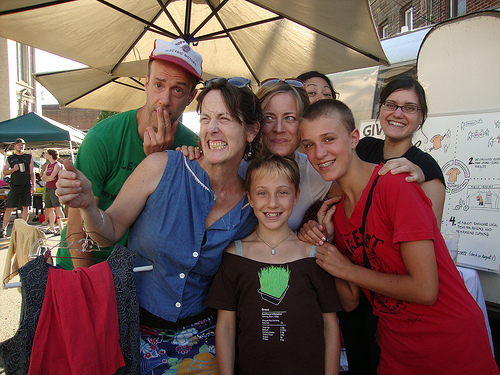 Last February Christina wanted to see if a clothing swap at a larger, more public scale, could retain the tone and tenor of previous smaller gatherings at her home. She applied her understanding of design to the undertaking, creating a brand identity, a visual diagram explaining how the clothing swap service works, codifying the core values, and conducting research to understand the needs of participants.

The service has three main components: 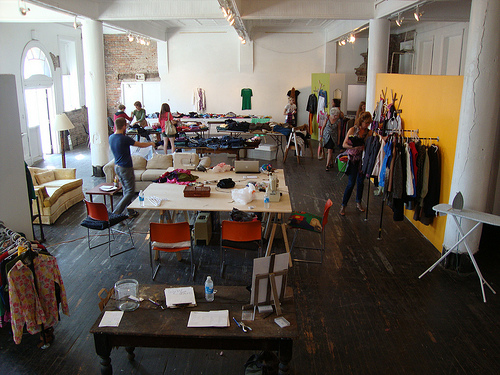 The service has four core values:

2. Mindset: Engaging the power of make-believe, play and dress-up is important. What happens when you have both a 14 year-old and a 60 year-old direct from the office coming together to try on clothes? Ideas and fashion collide in a fun mashup.

3. Acknowledgment: It's important to thank and acknowledge people's contributions specifically by name, and be able to showcase particular individuals.

4. Story: People love knowing where their clothes are going. There is a personal connection between the person giving a piece of clothing and the person taking it. After meeting at a clothing swap, those two people may see each other in the street and continue their connection. 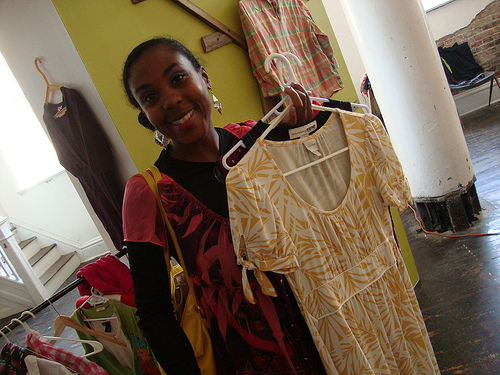 With her service compents and values articulated in a way that she could easily explain, Christina embarked on a series of participatory workshops designed as a feedback mechanism to gather information on what sorts of issues come into play when people share clothing. She discovered the manufacturing processes of the garments, gender, identity, history and fashion were all in play. 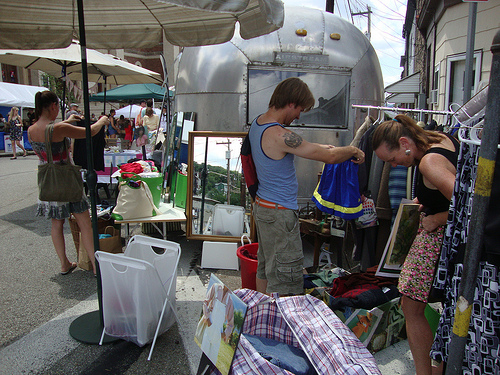 After the participatory workshops, she was ready to put her findings to the test. Her local  civic association and coffee shop both offered to help her participate in asummer festival. The coffee shop owner lent his airstream trailer to be used as the festival clothing swap site. Christina reached out both to her social network and local community at the art institute, thrift shops, seamstresses and tailors, other clothing swaps, and re-use art events to build partnerships. 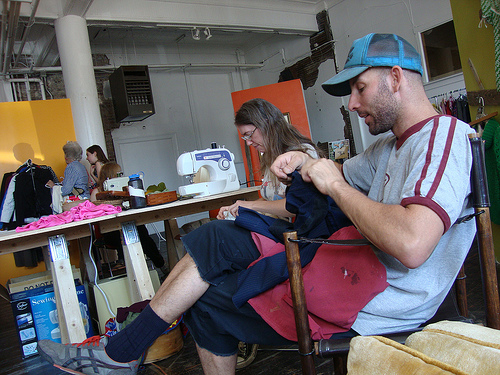 Rick Schweikert, playwright and community activist, came to one of Christina’s brainstorming sessions with a threadbare red and white shirt that had been his Dad's. He'd had it for 30 years. It didn't fit and he didn't like it, but he felt like he couldn't throw it away because it belonged to his Dad. But he did feel like he could give it to the clothing exchange because there might be someone who would see it and love it. It became knows as Rick's Dad's shirt. Someone at the festival pulled it out, looked at it and after hearing the story said  "Man, I gotta get this".

The festival was a success. Partnerships with professional writers led to short interviews conducted in a makeshift lounge in the airstream, to encourage the idea of clothing swapping, and reuse. They found that once there was a story associated with an article of clothing, people were more interested.

And though it was larger than a living-room clothing swap, the scale still felt personal. Give and Take will continue to explore the power of story and in-person meetups to facilitate social connective tissue in local community through redistribution economy.