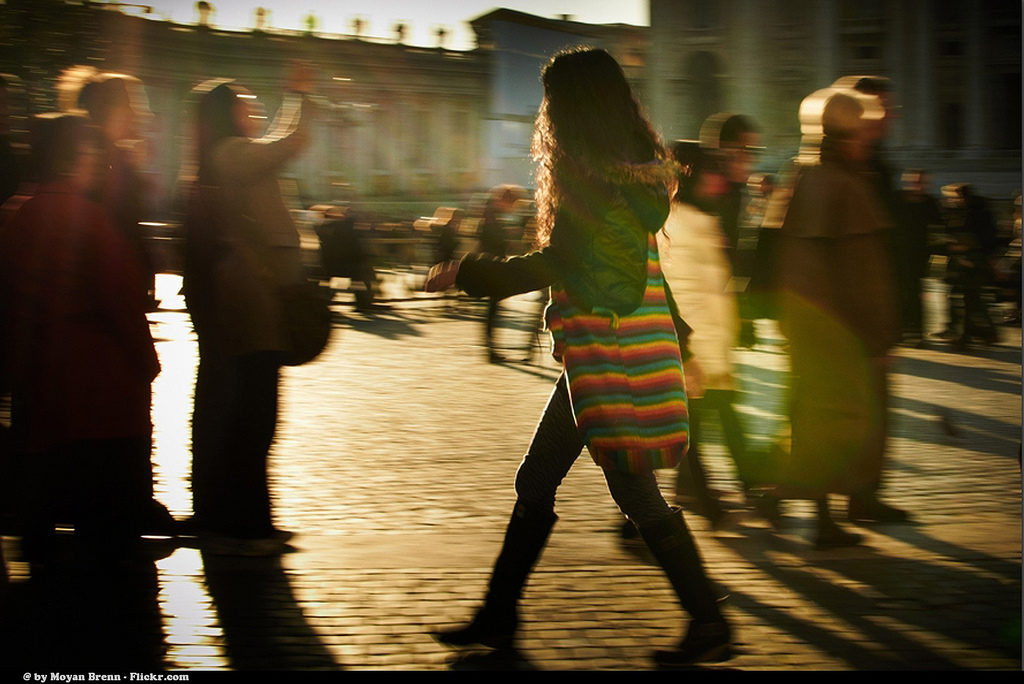 We’ve always known walking is good for us — it burns calories, reduces stress, and helps the environment.

But we never knew how really great it is for us until the new Call to Action on Walking from U.S. Surgeon General Vivek H. Murthy, who explains, “An average of 22 minutes a day of physical activity — such as brisk walking — can significantly reduce the risk of heart disease and diabetes. The key is to get started because even a small first effort can make a big difference in improving the personal health of an individual and the public health of the nation.”

Surgeon General Murthy announced a national campaign to encourage Americans to walk more and make all communities safer and easier for walking. His office will partner with schools, citizens' groups, and businesses to meet these goals.

“Walking is a simple, effective, and affordable way to build physical activity into our lives,” Murthy adds. “That is why we need to step it up as a country ensuring that everyone can choose to walk in their own communities.”

The landmark report — which is being compared to the Surgeon General’s 1964 warning on the dangers of smoking — is based on definitive medical evidence that moderate physical exercise boosts your health cuts your chances of diabetes, dementia, depression, colon cancer, cardiovascular disease, anxiety, and high blood pressure by 40 percent or more.

A major study released this year shows that lack of exercise is twice as deadly as obesity, according to Cambridge University researchers who studied more than 300,000 people over 12 years. Their findings match another comprehensive study that found sitting for long periods is linked to higher death rates.

This explains why the Surgeon General and a growing chorus of health care experts are singing the praises of walking.

The federal Centers for Disease Control and Protection (CDC) recommends Americans walk at least 30 minutes a day five days a week — or bike, run, swim, dance, garden, do aerobics, and play sports. (For kids, it’s 60 minutes a day seven days a week.) Taking a walk is the exercise that people stick with most over time, according to the American Heart Association.

“Walking is like medicine for my patients. If walking was a pill or surgical procedure,” it would be all over the news, says Dr. Bob Sallis, a family practitioner a Kaiser Permanente clinic in Fontana, California.

“You don’t have to be an athlete to be physically active. Just walk, walk, walk!” says Bernard J. Tyson, president of Kaiser Permanente, one of America’s largest health care providers that powers the Every Body Walk! Collaborative (involving more than 100 other organizations from the National PTA to AARP to the National Association of Realtors) to get more Americans walking.

Kaiser is the first major health care provider to include exercise as a vital sign that practitioners ask patients about during office visits. This allows doctors to keep better tabs on patients’ exercise habits, and reminds patients that keeping active is important to their overall health similar to blood pressure and heart rate.

Walking stands out as Americans’ favorite aerobic activity because it’s free, easy, available anywhere — and, most of all — it’s fun. Six in 10 Americans take a walk at least once a week, according to the Centers for Disease Control and Prevention (CDC), and the number of Americans walking has risen 6 percent since 2005. That adds up to 20 million more people on their feet.

The U.S. Department of Transportation reports that 11 percent of the nation’s trips are now made by walking. That rises to 28 percent for all trips under one mile, including 35 percent to work, 40 percent to shopping, and 46 percent to religious services.

The rising tide of walkers across America brings us other benefits, too.

Lower health care costs: Physical inactivity costs Americans an estimated $177 billion a year for medical costs, and accounts for 16 percent of all deaths, according to the American Public Health Association.

Stronger communities: “Exercise is medicine. It’s also good for the social fabric of our communities,” says former Dr. Regina Benjamin, U.S. Surgeon General from 2009 to 2013, explaining why she added a walking path to the grounds of her health clinic in rural Alabama. “Health does not just happen in doctors’ offices and clinics — it happens where we work, live, play, and pray,” she says.

“What makes people walk is what makes great places to live,” adds Harriet Tregoning, head of the Office of Community Planning at the U.S. Department of Housing and Urban Development (HUD). “Walkability is the secret sauce that improves the performance of many other things” in our communities.

Improved school performance: Walking to school boosts “cognitive performance” in students, according to Mary Pat King, the National PTA’s Director of Programs and Projects. Dr. Richard Jackson, a pediatrician and former Environmental Health Director at the U.S. Centers for Disease Control finds that walking to school is good for children’s learning ability, concentration, moods and creativity. 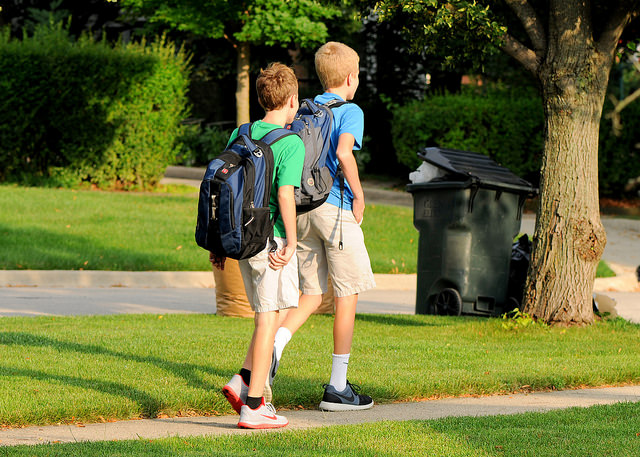 Improved creativity and reduced anxiety: According to a national survey, 85 percent of Americans believe that walking helps reduce anxiety and feelings of depression, and two-thirds of Americans report that walking “stimulates their thinking.”

Putting one foot in front of the other is intrinsically tied to our minds, as well as our bodies. “To solve a problem, walk around,” advised St. Jerome in the 4th Century. Some 1,500 years later, Henry David Thoreau agreed: “The moment my legs begin to move, my thoughts begin to flow.” The Buddhist philosopher Thich Nhat Hanh observes, “Every time we take a step on this Earth, we can appreciate the solid ground underneath us.” The Bible counsels, “Ask for the ancient paths, where the good way is; and walk in it, and find rest for your souls.” [Jeremiah 6:16]

A stronger economy: “Walking is a business issue. A healthy workforce means a more successful workforce,” says Karen Marlo vice-president of the National Business Group on Health, a consortium of leading companies across many fields. Indeed, communities with many walkable neighborhoods do better economically than those with just a few, according to a report from the George Washington University School of Business.

Lower cost of living: Transportation costs rival housing costs for many American families today, especially those living in places where it is hard get around without a car (25 percent of household expenses) compared to walkable communities (9 percent), according to the Federal Highway Administration. The yearly costs of a owning and operating a car stand at $8,698 — which means that figuring out how to walk more and drive less makes economic sense, according to the American Automobile Association

Higher quality of life: Walk with a Doc, a group of more than 200 doctors in 29 states, documents 100 “Benefits of Walking,” including many medical advantages but also increased physical energy, clearer skin, improved athletic performance, reduced anger, increased self-control, longer lives, and a greater sense of well-being.

Getting America Back on Its Feet

In light of all this evidence, it’s clear that walking is a healthy, economical, sociable, pleasurable thing to do. Yet less than half of us meet the CDC’s weekly minimum for walking or any other physical activity — 30 minutes a day five days a week.

Americans walk less than people in most other countries. In fact, Australians walk almost twice as many steps each day as we do, a surprise in a country that is similar to the U.S. with high rates of car ownership and spread-out suburban development. 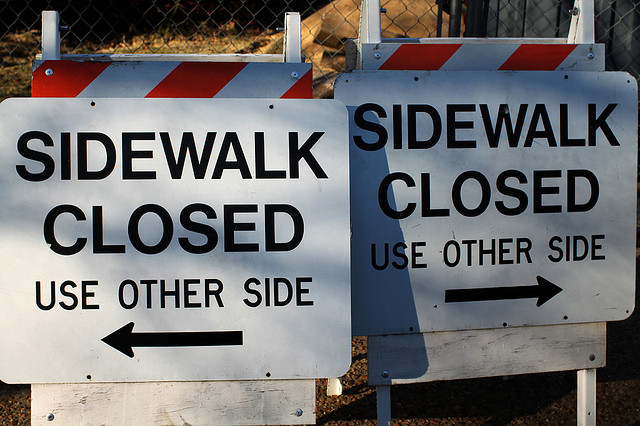 While 94 percent of Americans participating in a national survey said that walking is “good for their health,” 79 percent admitted they “should walk more.”

So what’s stopping them?

“Everyone deserves to have a safe place to walk or wheelchair roll,” Surgeon General Murthy. “But in too many of our communities, that is not the reality.”

To get Americans back on their feet — to enjoy better health and other rewards — we need to make strolling and striding a natural part of daily life again. This can be accomplished by removing the personal and physical barriers that discourage us from walking for recreation, relaxation, and transportation.

These steps are popular because they are not some radical upheaval of our way of life, but a common-sense readjustment. Walking has always been one of the most elemental human acts, central to our lives the same as breathing, eating, and sleeping. Making streets and neighborhoods more safe, convenient, comfortable, and interesting for people traveling on foot (or rolling in wheelchairs) is a sensible return to traditional values. It not only enhance our health, but enriches our lives by better connecting us to people and places in our communities.