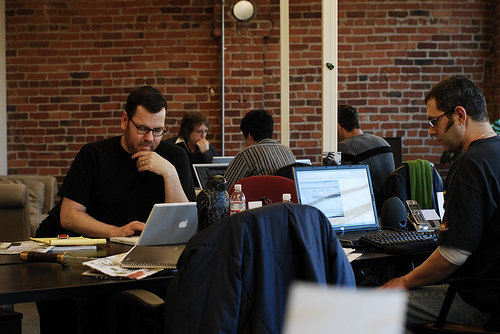 Coworking as an official movement has only been around for about six years, but the core values that guide and shape it–openness, accessibility, community, sustainability and collaboration–have been helping people pursue their passions and achieve success for centuries.

Since it's official start in 2005, the global coworking community has grown by leaps and bounds, with new spaces of different shapes and sizes popping up almost every day.

For the second year in a row, Deskmag spearheaded an effort to understand the appeal of coworking, its benefits for independent professionals, and what it means for local economies as well as the business world at large.

Backed by a large community of partner organizations, The 2nd Global Coworking Survey ran from October 19 to November 2, and collected responses from 1,500 people living in over 50 countries around the world.

Preliminary results from the 2nd Survey confirmed the key findings from last year’s study, which showed that joining a coworking space helped members of the mobile workforce increase their productivity and expand business networks. 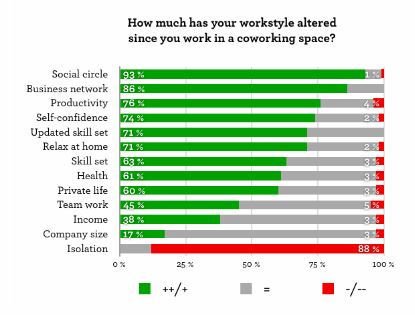 The majority of respondents said that cohesive community was a priority to the members of their coworking space. Familiarity and trust are both essential aspects of the sharing economy, so the survey asked whether participants knew the first names of their fellow coworkers and if they would feel comfortable leaving the valuable electronics unattended in their coworking space.

The responses showed that 74 percent know all or many of their fellow coworkers’ names. When asked the would feel comfortable leaving their laptop in their coworking space when they left the room; 54 percent said “yes, always”, 29 percent said “yes, for several hours”, and only 2 percent said “no”. Answers were similar for smartphones.

Lots of coworking spaces try to attract members by touting their affordability or ameneties (fast WiFi, free coffee, convenient parking, etc). But the survey revealed these things are far from most important when it comes to retaining members. 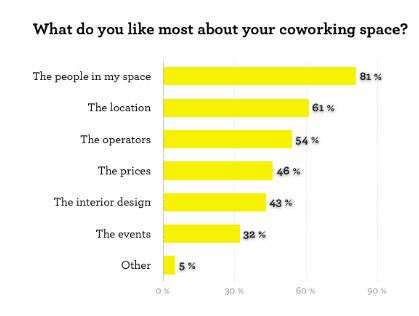 Over the next days and weeks, Deskmag will deliver detailed reports based on the survey findings, including information on the coworking business model, a future outlook and why many coworking spaces are profitable although only 40 percent report a direct profit.

In the mean time, check out the Shareable articles below to learn more about how coworking is changing where and how we work!

How To Convince Your Boss To Let You Cowork

The Serendipity of Coworking

How Coworking Fits Into The Future Of Work