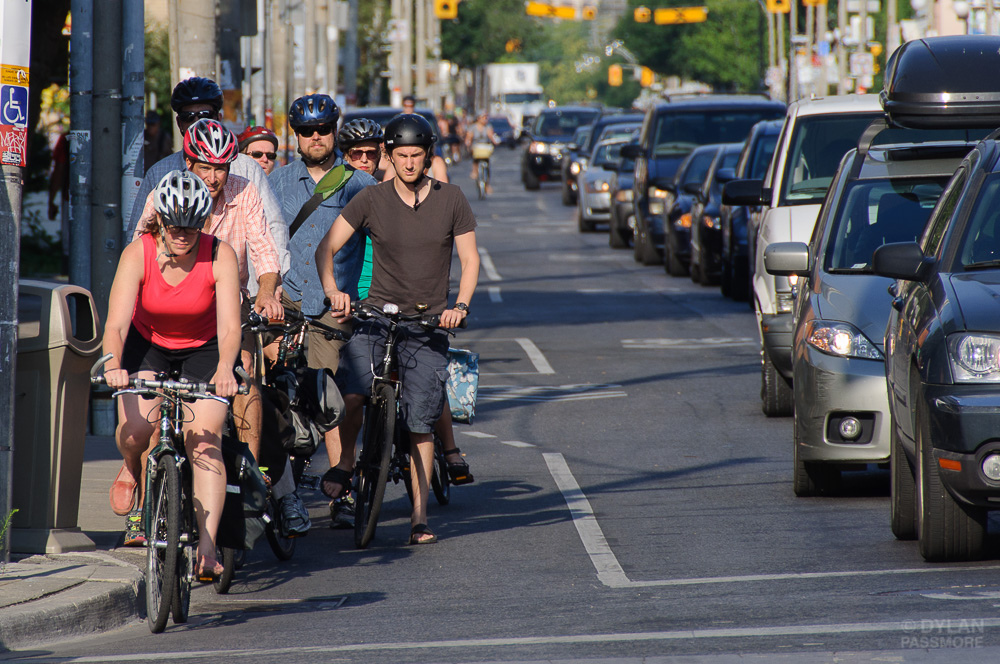 Streets and sidewalks take up 25 to 50 percent of a typical U.S. city’s land. New York City, for example, is on the lower end of that scale at 28 percent and Chicago (42 percent), Washington D.C. (43 percent) and Portland, Oregon, (47 percent) are at the higher end.

This, believe it or not, presents a huge opportunity for us to address mental health through urban design. Problem is, streets and sidewalks represent space that’s largely under control of our city governments. In most cases our local departments of transportation.

Do our local DOTs think of themselves as being in the mental health business? Likely not. At least not yet.

Let’s take a quick snapshot of some of the existing research on what car-dependent, dispersed, and disconnected places do to our health:

So what can DOTs do about all this horrible news? Lots, especially by thinking creatively and fixing our broken infrastructure one street at a time.

Streets and transport for people means prioritizing people who walk over cars. It looks like skinny streets that are nine or 10 feet wide instead of the standard 12 feet per lane. Two-way, not one-way streets. Narrow crosswalks. Mid-block crosswalks. Shortcuts. Paths. Places to rest and for refuge.

Streets and transport for people means prioritizing people who bike over cars. It looks like not just bike lanes, but protected bikeways like 15th, L, and M streets in Washington D.C. But we can’t settle for isolated projects. We need whole networks like in European cities. It means bikeshare — because bikeshare is a gateway to more biking. More people on bikes makes it safer for all. It means taking car parking and converting it to Portland-style bike corral parking in retail areas. 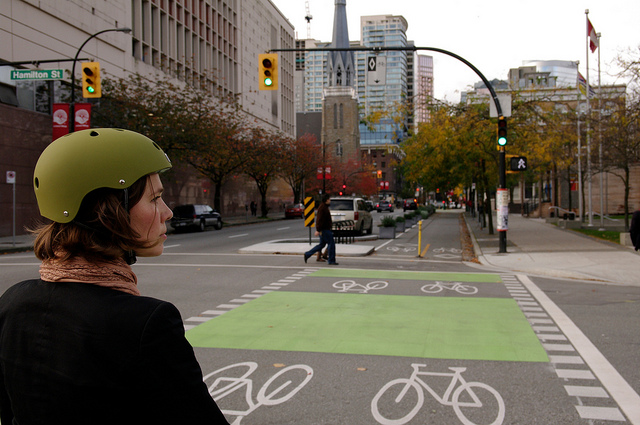 Streets for people means prioritizing people who want to shop, eat, sit, chat, socialize, and watch each other rather than prioritizing cars. It looks like the parklets made from parking spaces in San Francisco or the dozens of reclaimed streets turned into pedestrian plazas with benches and tables and chairs in New York City. It means promoting food trucks and pop-up retail.

If your city speaks of “balancing transportation choices” rather than prioritizing walking, biking, and transit, it’s still car-centered.

If we make our streets more people-centered and if we help make it easy for more people to walk, bike, and take transit, our cities will be more green. More prosperous. More physically healthy. And yes, more mentally healthy.

As former New York City Transportation Commissioner Janette Sadik-Kahn said, “Streets are some of the most valuable resources that a city has, and yet it’s an asset that’s largely hidden in plain sight.”

Author Chris Hamilton is the former chief of Arlington County (Va.) Commuter Services and now runs Active Transport for Cities. This article is based off his presentation from the recent launch event for the Center for Urban Design and Mental Health in Washington D.C. at the British Embassy.

Mobility Lab communicates about “transportation demand management – moving people instead of just cars.” and provides research and development support to TDM programs in Arlington County, Virginia. Arlington has one of the largest TDM programs in the U.S. and removes 41,000 car trips from the region’s roads each work day. We seek to bring great TDM stories back to Arlington and Washington D.C. from all over the world, and to likewise bring our local stories to the rest of the world – ideally creating a shared voice for progress.