Start Your Own Restaurant on May 18 - Shareable
Skip to content 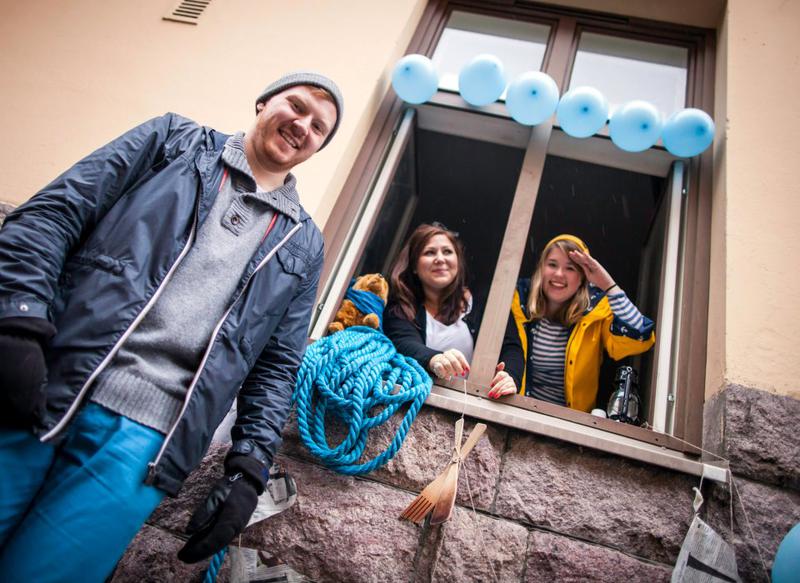 The underground gourmet is an old tradition. From lemonade stands to supper clubs and modern blind pigs, people love to play restaurant.

Now a new tradition, started in 2011 in Helsinki, is bringing together hundreds of make-believe restaurateurs into a worldwide celebration of this alternative economy: Restaurant Day, “a worldwide food carnival when anyone can open a restaurant.”

Watch this charming video from the original organizers of Restaurant Day in Helsinki:

These pop-up restaurants do charge for the food, but the emphasis of Restaurant Day is on community, teamwork, and cultural exchange rather than profit. The fact that people set up their restaurants in their homes, offices, or in public parks or other open spaces further removes them from the commercial realm.

But what about health codes? Does avoiding profit and avoiding salmonella go hand-in-hand?

Well, it’s totally legal in Helsinki. The original organizers of Restaurant Day hit on the idea when, overwhelmed by the regulations involved in opening a full-time restaurant, they discovered that single-day pop-up food service was exempt.  Today, Helsinki Mayor Jussi Pajunen is a big a proponent of the carnival, calling it “exactly the sort of project that will define our future.”

In other cities, the “one-day” loophole is not so clear-cut. People in 136 cities celebrated Restaurant Day this past February — which is 136 different set of regulations to navigate.

Here in New York, for example, single-day food establishments need a Certificate of Registration, and the city wants you to graduate from the NYC Health Academy, too.

Still, in practice, the authorities don’t actually seem to mind. In 2011, New York Magazine’s Grub Street blog tried and failed to get an official response on informal restaurants:

That the legality of under-the-radar eateries remains murky hasn't seemed to stop anyone, either: We spent an hour on the phone with the city Health Department trying to track down someone — anyone — who could comment on the matter. "We don't handle underground restaurants, only above-ground, like sidewalk cafés," one employee finally told us.

I couldn’t find evidence that anyone has gotten sick from restaurant day, or from the supper clubs (or lemonade stands) that have flourished for years. It makes sense: If someone’s going to go to the effort to set up a restaurant for one day, bringing in friends and family to volunteer and help run the day, they’re not going to cut corners or get sloppy. And if the pictures on the group's facebook page are any indication, it’s quite the opposite — they're going to pull off a gourmet feast.