Ask a group of Finns about Helsinki’s sharing scene, and you are likely to hear one event mentioned over and over again: Restaurant Day. Inaugurated in 2011, Restaurant Day is a quarterly global “food carnival,” an invitation to would-be restaurateurs to launch their own pop-up cafes in private homes or public spaces. Since its debut on May 21, 2011, the project has grown from 45 restaurants in 13 cities to 2,042 restaurants in 29 countries (August 16, 2015), a combined total of approximately 22,000 one-day restaurants hosted by 88,000 restaurateurs and serving an estimated 2.5 million customers. The 72 countries represented include Argentina, Bangladesh, Faroe Islands, Guyana, Kazakhstan, Kosovo, Peru, Singapore, Thailand, Turkey, and the United States. 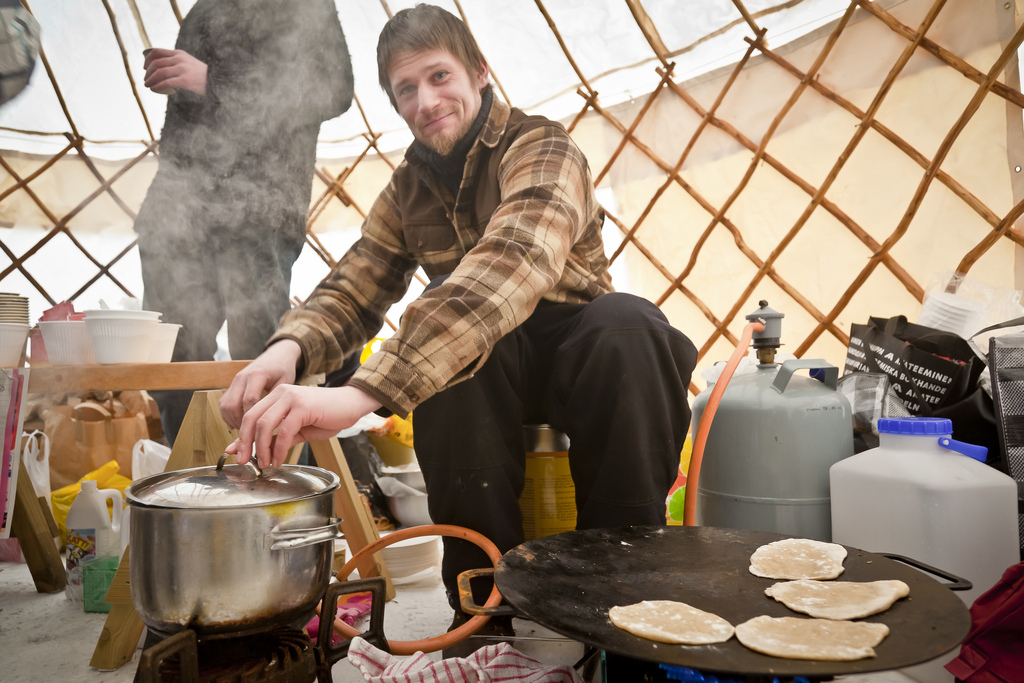 “Food is the perfect tool, the perfect means of getting people together,” said Timo Santala, an event producer, DJ, journalist, and photographer who serves on the Restaurant Day board alongside Kirsti Tuominen, Antti Tuomola, and Jyrki Vanamo. “It’s the most natural thing to meet people you didn’t know before.” Santala compared the event to a public holiday, an opportunity for families or social groups to put their own spin on a shared celebration. “For me, it’s the perfect model because it’s completely spread out,” said Santala, noting that individual restaurateurs are responsible for finding a location, managing the menu and invitations, and setting a price structure. “When you look at startup companies, they want to scale up all the time. For me, scaling up is not interesting. I always say that we should scale wide, instead of growing the single entity bigger.” 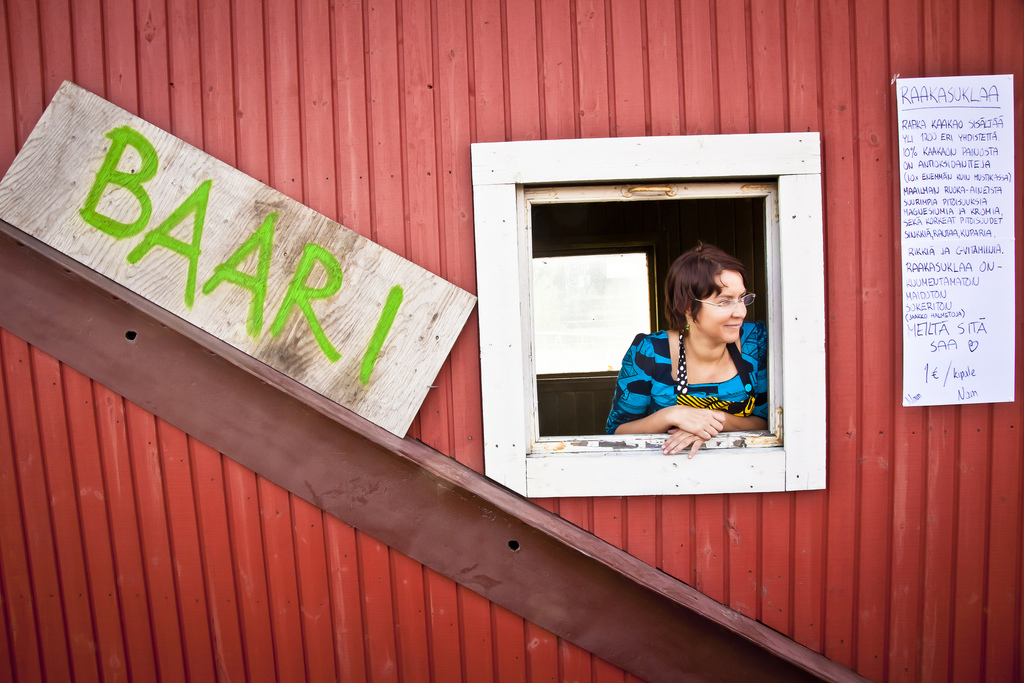 The next Restaurant Day is scheduled for November 21, 2015. Want to get involved? Visit the initiative’s website, where you can locate an event, sign up to host a pop-up restaurant, or act as a local Restaurant Day ambassador. For would-be restauranteurs, the group offers a few simple guidelines. Finalize your location, plan your menu or theme, determine how many guests you can reasonably accommodate, and come up with a restaurant name before posting to the site, they suggest. Then assemble a team of helpers to make sure the big day is more fun than fuss. Finally, keep the conversation going on the Restaurant Day Ambassadors Facebook group, where you can share your experience and glean tricks and tips from fellow amateur chefs. 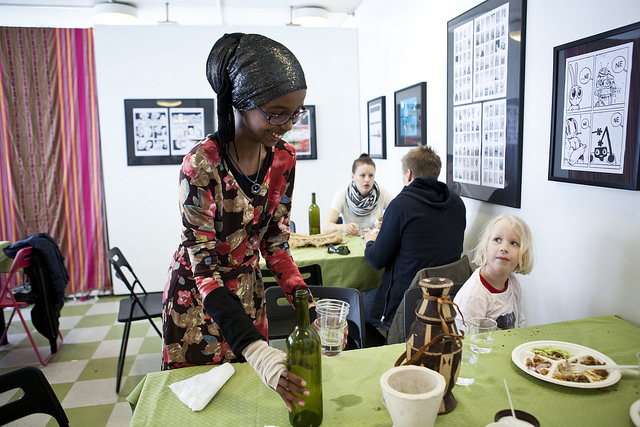 Hafsa Mohamed, 11, served as a waitress at Somali Bistro in Helsinki during Restaurant Day, May 19, 2012. (Laura Böök / Restaurant Day)