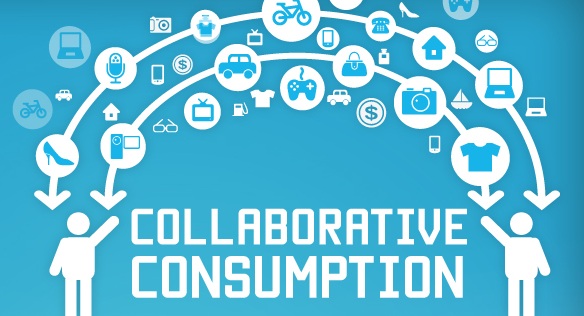 About 10 days ago, I attended the Stanford VLAB’s Collaborative Consumption event in Palo Alto where I enjoyed great food, greater company, and an impressive panel. There were a lot of established players and some interesting insights that I wanted to share with Shareable’s readers. Before the panel started, I was struck by two things. Firstly, it’s true that this was an event largely concerned with the ‘business of sharing’, and while talking to other attendees over the buffet, I was hit once again by the creative scope for sharing based businesses.

For instance, I met the two founders of Andante, a startup soon to launch musical instrument sharing in the Bay Area, who seemed confident that they had a niche. Knowing a few musicians myself, I was a little sceptical as to whether they’d be willing to part with instruments they usually treat as extensions of their soul. But I was won over by Ron’s talk of Mom and Pop store instruments, and harassed parents catering to the wavering whims of their musically gifted yet capricious children.

Andante is just one example of the potential shareable business has to go beyond the now well established accommodation and transport players. During the panel the moderator challenged the audience that every craigslist vertical had the potential to become a shareable business; would-be entrepreneurs take note, and pick one that hasn’t been taken yet.

The second thing that struck me was that the Silicon Valley ecosystem is really sitting up and starting to take notice. I met Mark Bunger, the Research Director of Lux Research, which studies tech trends in the Valley for its clients. I was wowed by his talk of synthetic biology and growing houses from seeds, but he mentioned that his company was starting to investigate the innovative business models coming out of the Valley, and that Collaborative Consumption was at the top of his list. With recent features in The Economist, and Boston Magazine, the sharing economy really is going mainstream. Watch where the money is going and it’s even clearer: the event’s moderator, Kanyi Maqubela, is a Venture Partner at Collaborative Fund, an investment fund that specializes in shareable business.

This only became clearer during the panel: BMW’s Peter Dempster was utterly candid about the essential nature of embracing the sharing movement. He seemed personally convinced of the win-win scenarios that car sharing present – reduced congestion, saving the environment, making car use affordable – but he went further to suggest that if BMW didn’t adapt to the new generation’s attitudes towards car use, ownership, and mobility, they would be out of business by 2050. Dempster dreamed of cars that were designed from the get go to be shareable, that extended personalization to any number of users, whose seats, radio stations, heating settings, and everything else could adapt to whoever happened to be sitting in the driving seats. It was heartening to hear such talk from a company I expected to push ownership above all else.

Also during the panel, Andre Haddad, CEO of RelayRides, highlighted how collaborative consumption is pushing innovation in other sectors. He gave the example of RelayRides’ group insurance product, the first of its kind for peer-to-peer car rental in the US. This wasn’t the insurance industry innovating around its own products, but a case of a sharing business demanding innovation. This illustrates how collaborative consumption companies can generate social value beyond their immediate users, pushing for better products and services in the industries they do business with, and indirectly improving the lot for all customers.

In a response to a question about lag times in availability for collaborative consumption, yerdle’s Andy Ruben was buoyant. Describing the slickness of Amazon’s distribution machine with admiration, he suggested that if the true potential of the sharing economy can be tapped, then delivery times of Amazon Prime’s two days would in future feel glacial. Just imagine what people have stored in their houses or lying underused in their cupboards on your street alone. Once we conquer the existing information asymmetry and can easily find out what’s available within walking distance of our homes he argued that lag times would disappear. There was further discussion on delivery methods and collaborative consumption: another potential niche for aspiring start up founders?

As I said, this was first and foremost a business event, and for all the warm fuzzy optimism of the panel it’s important to leave you with the parting comment from BMW’s Peter Dempster, which I paraphrase: selling the same car nine times sounds like a great idea, and so much more civilized than selling it once. What he meant was that selling a share in a BMW, so you can buy the right to use it when you need it, will cost consumers less, and make BMW more money on a per car basis than the way things happen now. Big companies have woken up to the ‘access over ownership’ paradigm and they are out to win in the rising collaborative consumption sector.

As always, please feel free to respond to any of the ideas I’ve raised. You can tweet me at @RoryJHSmith.

I'm a 24 year old British guy who has been lucky enough to live in the UK, Italy, Belgium, Greece, and the US. I'm insatiably curious and have broad interests:

I'm a 24 year old British guy who has been lucky enough to live in the UK, Italy, Belgium, Greece, and the US. I'm insatiably curious and have broad interests: I studied History at undergrad specializing in politics and architecture. I'm a real believer that technology can make our lives better and have been working for the European Commission's tech department for the last few months. Now I'm in SF to explore the sharing economy.