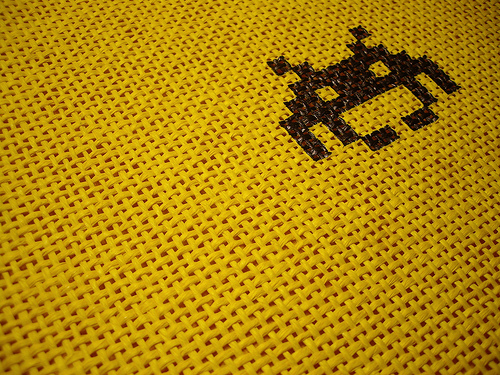 A new study out of the University of Michigan found that allowing people inside your bubble can actually help you be more productive and creative–a paradox that those participating in the sharing economy have embraced for years.

The study [PDF] surveyed 172 faculty and research staff members in three Univeristy of Michigan buildings, and incorporated responses with administrative data in order to assess correlations between collaboration and physical location.The buildings were the North Campus Research Complex (NCRC), the A. Alfred Taubman Biomedical Science Research Building and the Comprehensive Cancer Center.

"The conclusions from this study are a reminder that a one-size-fits-all approach is not an optimal approach," said David Canter, NCRC executive director. "Group dynamics and the benefits of chance interactions influence productivity and innovative ideas."

Proximity is a central principle of the sharing economy, though it sometimes takes on different names. We often refer to "density", "critical mass," and "community," as being essential to the growth of collaborative consumption. Sharing requires a community, and communities typically spring up around co-located individuals who share interests or opinions. Once that community reaches critical mass, new collaboration and innovation occurs, and the barriers to entry become low enough that those outside the community want to join in. Cities specialize in this type of density, but it can also be engineered outside the physical environment. 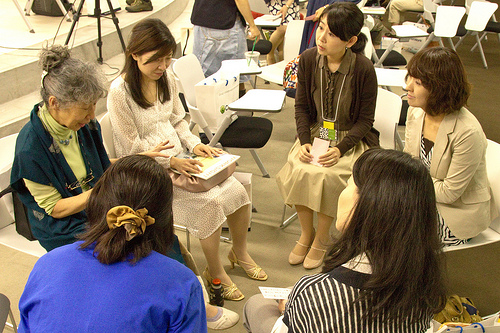 The purpose of the University of Michican study was to show the benefits of proximity for collaborative scientific research, but the findings can be applied to any type of work. This is something the global coworking community has known for almost 10 years.

Yes, coworking spaces are places for the mobile workforce to get work done, but it's how they facilitate this productivity that is truly revolutionary. Rather than providing opportunity for isolation, they use principles of physical proximity to encourage collaboration.

As the UM study found, just the opportunity to walk by someone's desk or open office door is a chance to expand your mind as well as your social network. "…Passive contacts between inhabitants of a building—just bumping into people as you go about your daily business—makes it more likely that you'll share ideas and eventually engage in formal collaborations."

Think about how much MORE likely you would be to share ideas, brain storm, or collaborate when doors and walls are removed completely? In a coworking space, smart, creative, driven professionals share the same room–working within arm's reach of each other. This makes it incredibly convenient to ask a question or voice an idea without even leaving one's chair. As the two previous Global Coworking Survey's have discovered, exposure to this collaborative environment makes us happier, more productive, and trustworthy.

Granted, socio-spatial dynamics fluctuate somewhat between communities and peer groups. What encourages a scientist to share points from her latest study may be different than what compels a website developer to ask for feedback on his new design. Still, the point remains: simply allowing people farther inside your "personal space" greatly ups the chances that they could be a team member or business partner somewhere down the road.

If you're looking for a way to break down competitive barriers, disrupt the vertical silos of the traditional business world, and contribute to the abundance of those around you the answer is simple: pop your personal space bubble and plant yourself in a dense community of coworkers. Sometimes just rubbing elbows can be revolutionary.

Group Power: Tap Into It!

The Sharing Economy's Big Problem That Needs To Be Fixed

Why You'll Never Find Coworking In The Dictionary