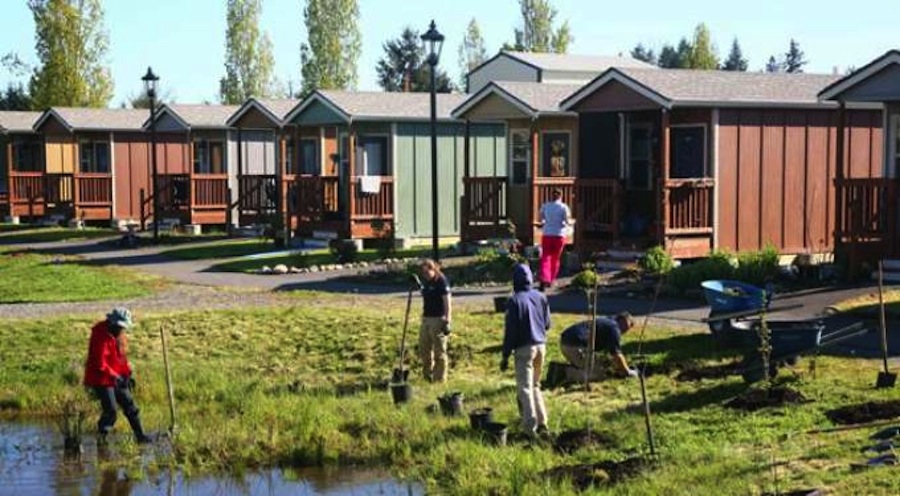 The Sonoma Board of Supervisors authorized $75,000 for county staff “to analyze six sites in Santa Rosa that could host a village — eight to 12 structures, including possibly mobile trailers, small cabins or shipping containers,” reports The Press Democrat.

The plan is to determine a test site by December and invite developers to submit their concepts for a tiny house village. If the test village is successful, the model could be replicated across the county.

Facing what Sonoma County Supervisor Shirlee Zane calls “crisis mode when it comes to affordable housing,” Sonoma has over 3,000 homeless, with 2,000 of them sleeping outside.

Sonoma joins several other U.S. cities and counties using tiny house villages as a way to house the homeless, including Olympia, Washington, where a homeless encampment was converted into Quixote Village, a tiny house village with 30 homes; Madison, Wisconsin, which has seven mobile units in an old car garage; Austin, Texas, where the Community First! village is in the works; and Eugene, Oregon, which has a 30-unit tiny house village community.

“We really can’t afford not to use every single tool in our toolbox,” Supervisor Zane told the Press Democrat, “and here is another one.”

Check out these stories for more tiny house goodness: