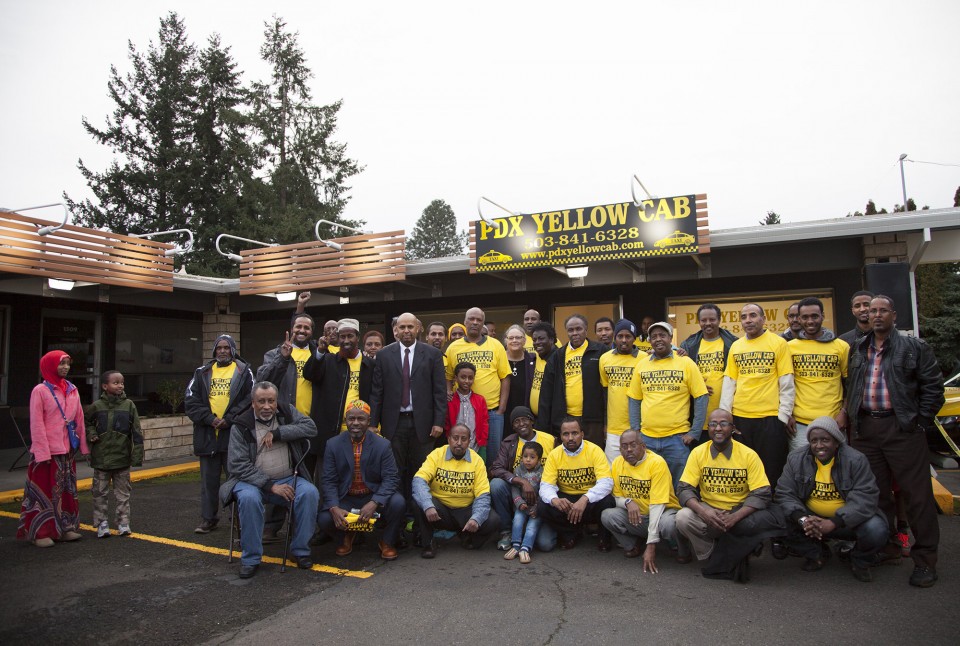 Somali cab drivers in Portland were working 12-14 hour days, with no days off, no overtime, no health insurance, and barely breaking even—so they created their own company, PDX Yellow Cab, the first major Somali-owned business in Portland.

The idea to break away from the existing local cab companies came about five years ago when the local Somali community banded together following the arrest of a young Somali man for a fake car bombing attempt. As the Oregonian reports:

"Before 2010, Somalis in Portland didn't work together. The Somali civil war pitted tribe against tribe. That unrest came with refugees to the United States.

"Then, a 19-year-old Somali attempted to detonate a fake car bomb at downtown Portland's Christmas tree lighting ceremony. Mohamed Mohamud's arrest shook the community. The tribes—Benadir and Bantu—no longer mattered. In Oregon, they were all Somali."

Although the cab drivers had the desire to create their own company, their plan was hampered by limited cab permits in the city. The drivers were unable to launch the business. Last year, however, following an eight-month pilot project, the City Council voted to allow Uber to operate in the city and agreed to eliminate the limit on cab permits issued.

The decision meant more competition for cab drivers from Uber drivers, but it also meant that PDX Yellow Cab could finally open. More than 30 drivers joined forces to buy cabs, paint them, and get them inspected. They also rented an office, set up a dispatch system, and hit the streets.

"We have one company now. We need to see more," Abdirahman Abdulle, president of the Al-Noor Islamic Center in Portland told the Oregonian. "We want to see small industries. We want to be a part of this community."

The move by Somali drivers in Portland follows a growing wave of taxi, ridesharing, and other sharing economy companies moving to ownership by the individual service providers available on platforms.