Solidarity Economy: The Next American Revolution? - Shareable
Skip to content 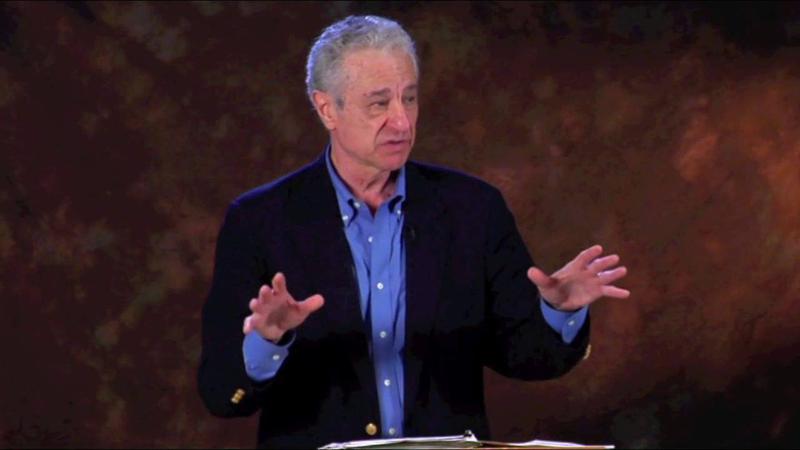 The fact that America needs radical change is as clear today as the path to that change is difficult to envision. For political economist Gar Alperovitz, these dual problems inform his new book, What Then Must We Do?, which attempts to outline the potential strategies and tactics that could, in fact, perform that change.

The book’s premises are solid and hard to disagree with: that traditional politics, both in terms of voting, labor disputes, and more basic styles of activism—methods that brought most of the progress in the United States through the 20th century—will not work as much as we need them to moving forward. Both regulatory capture and corruption of the government, combined with a neo-liberal consensus about globalization, lower wages and smashing the labor movement, mean that the tried and true methods of progressive change in this country no longer work. But something’s got to give.

For taking on such heavy material, Alperovitz keeps his tone light, simple and chatty. This style often sacrifices nuance, but it also makes his more radical proposals seem eminently reasonable. For Alperovitz, the way forward can be traced through the movement towards democracy (defined as decision making control over our lives, our cities and our workplaces, not just voting). For him, then, the most promising things that have emerged in the last decades are cooperatives, worker owned business and ESOPs, B-corporations and land trusts, etc., along with certain forms of local government ownership and management, such as public banks, sustainability planning, and direct municipal and state investment strategies. 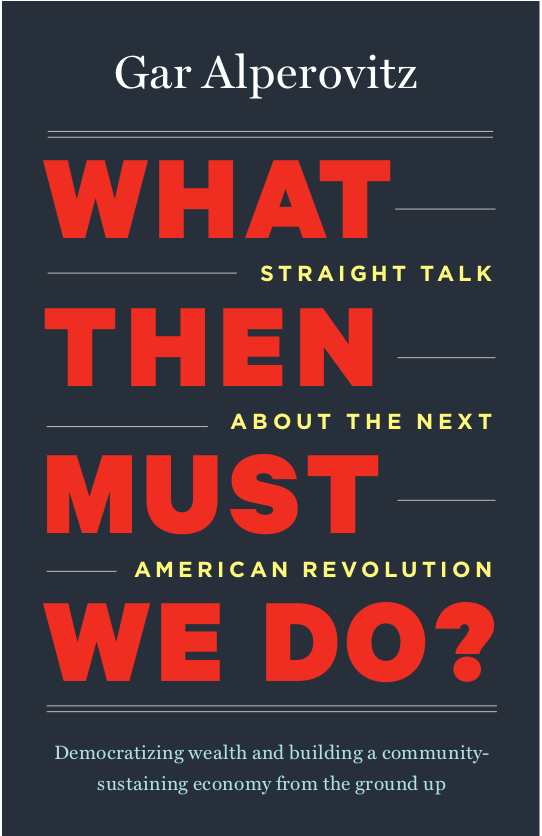 He gives a wealth of different examples of these small-d democratic projects, and for anyone interested in the solidarity economy in America, the early chapters are an excellent resource on a number of different projects. He goes through example after example of powerful new models of worker control and, more importantly for him, worker ownership of companies.

Alperovitz points out that worker-controlled businesses do better, are more competitive and more efficient than traditional hierarchical companies at doing the same job. As things get worse, he argues, companies will look to these examples and build on them, using them as templates for action. His favorite example is what he calls the “Cleveland Model”, based on a series of cooperatives and government programs in Cleveland which show a way that public policy and worker control could democratize local economies. The cumulative effect of all these examples is to make them seem not radical, but normal.

Which is exactly Alperovitz’s intention, and his hope, because he believes that, slowly and over time, democratically controlled and owned workplaces, along with more economically responsible local governments, could become the norm. This is ultimately his answer to the title’s question.

Alperovitz lays out four tactics which he believes, when combined together into a long-term strategy, could lay the groundwork for a stronger and more democratic economy. The tactics he describes are: “Evolutionary reconstruction”, which is the widespread development of more democratic economic forms like coops, land trusts and social enterprises; “Checkerboard municipal and state development”, which involves the development of public banks, utilities, land ownership, etc.; “Crisis transformations”, which he describes as crisis driven initiatives to break the power of banks and reform the health industry; and “Big crisis transformations” which would involve the nationalization of major companies (as, he points out, we briefly saw with AIG and GM).

While I agree that all these things together would produce broader social justice and a more democratic society, I’m not sure about the feasibility of the last two points on his roadmap. There’s no reason to believe that crisis will produce progressive policy—as he himself points out, the history of major economic crisis in Europe is also the history of authoritarianism—and this analysis also seems to miss the point that Alperovitz has made earlier: that the big corporations have effectively captured the federal government. If they have done so, how will the government successfully oppose their will and nationalize? Why will Obamacare give way to single payer healthcare? If traditional politics wont work, why will “crisis” make this happen?

He’s no teleologist, he doesn’t argue that the world he describes will necessarily come about, not by any stretch. And he doesn’t say that the insufficiency of traditional politics means people should stop practicing them, in fact he says the opposite. But he also doesn’t describe the sort of social force that will make these changes possible, nor what role the reader could have in making these changes. While he argues that the age of leftist counter-power (on the part of social movements or labor) in large-scale policy-making is over, and I tend to agree, he fails to name what exactly will make the government of the rich for the rich change its tune. He says that as things get worse the government will have to try new policies, and it might, but there’s also no reason to expect that the government won't just continue to bail out the rich at the expense of an increasingly immiserated population.

These are all direly important questions, because Alperovitz’ strategy asks us to take a long view—this process will take decades. But what of the people suffering now, the millions in prisons, the millions out of work more and less permanently? It’s a big gamble to make on governmental good will. What Then Must We Do? features a thorough diagnosis of the problems facing the American economy, and is an excellent primer on the powerful ways that democratic ownership and management are changing businesses and government in real ways across the country. If it fails to fully answer its own question, it at least gives a powerful and serious look at alternative ways to imagine our society. In the end, we will need many more people imagining a new society if we hope to build one—to that goal, this book might just be a catalyst.