Social Capital and The Commons - Shareable
Skip to content 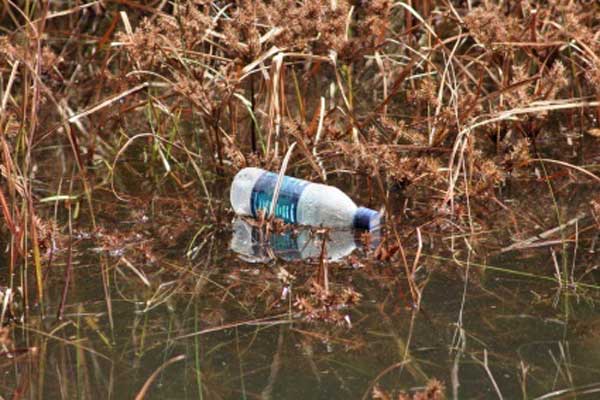 I'm interested in having clean water to drink and swim in and grow food both for myself and for my children and their children. Water is an excellent example to use in a discussion about common resources, because we know that if one person pollutes our water it can be unsafe for everyone else to drink. Because water is trapped in what is called a ‘watershed’, all the rain in one large spatial area will flow to lower elevations and then move from upstream to downstream. This means that in a big watershed, pollution and overexploitation can come from far away and still impact the area where my children swim and I draw water to drink.

People have been hypothesizing for a long time about whether humans can or cannot share resources like water. The economic thinking of 1776 still permeates how we imagine and plan for society. Adam Smith published a famous book titled The Wealth of Nations (1776) where he claimed that, each individual acts in a way that "intends only his own gain," and will by doing so contribute to “an invisible hand to promote…the public interest." (Hardin 1979). This lasser-faire idea still dominates much of the economic planning in the western world more than 200 years later — to the detriment of our common resources and ourselves.

In the late 1968, Garrett Hardin published a very influential paper in Science about how, given the dominant worldview, a Tragedy of the Commons would inevitably develop in situations where individuals were managing a shared resource. Below is his famous example;

“Picture a pasture open to all. It is to be expected that each herdsman will try to keep as many cattle as possible on the commons…

As a rational being, each herdsman seeks to maximize his gain. Explicitly or implicitly, more or less consciously, he asks, "What is the utility to me of adding one more animal to my herd?" This utility has one negative and one positive component.

1. The positive component is a function of the increment of one animal. Since the herdsman receives all the proceeds from the sale of the additional animal, the positive utility is nearly + 1.

2. The negative component is a function of the additional overgrazing created by one more animals. Since, however, the effects of overgrazing are shared by all the herdsmen, the negative utility for any particular decision making herdsman is only a fraction of – 1" (Hardin 1968, pg. 162).

Hardin (1968) concludes with the argument that there are only two solutions to this tragedy: a) socialism or b) the privatization of free enterprise (Hardin 1968 pg. 280, Ostrom et al. 1999).

These ideas really scare me and this is exactly what is happening to my own drinking water source! I live in Canada where I have access to beautiful clean water from what is called the Aberfoyle Aquifer. Nestle Waters Canada has officially applied for a renewal of its permit to take water from this aquifer in Aberfoyle. Nestle’s contract, this time, is for an unprecedented 10 years at up to 3.6 million litres per day, say our local WellingtonWater Watchers. In this case, a private enterprise (multi-billion dollar corporation) is taking from our communities shared resource. We don’t even know how much water is in that aquifer. Nestle reaps financial benefits from bottling and reselling our precious water today and we the public and the watershed ecosystems bear the burden of losing our water today and tomorrow.

Searching for a solution, I turned my curious mind to the inspiring Nobel Laureate Elinor Ostrom. Dr Ostrom, the first woman to win the Nobel Prize in Economics, has contributed significantly to the discourse about how we share common resources like water, and how to change it.

Dr. Ostrom’s research highlights that, while there are indeed many examples of communities that fail to share resource, there are also many communities who can share resources and live in peace and trust with each other and ecosystems. How can we tell if a) we are a community that is doomed for Hardin’s tragedy of the commons or if b) we are a community capable of sustainably sharing our common water resource? And if we are heading for Hardin’s tragedy, is there any way to avoid it!?

“The starkness of Hardin’s original statement has been used by many scholars and policy-makers to rationalize central government control of all common-pool resources and to paint a disempowering, pessimistic vision of the human prospect. Users are pictured as trapped in a situation they cannot change. Thus, it is argued that solutions must be imposed on users by external authorities. Although tragedies have undoubtedly occurred, it is also obvious that for thousands of years people have self-organized to manage common-pool resources, and users often do devise long-term, sustainable institutions for governing these resources (Ostrom et al. 1999 pg 278).”

In Ostrom’s view, the tragedy of the commons “happens but is not inevitable” (Ostrom 2009).

Elinor Ostrom and other devoted scientists have investigated communities from all over the world and many cultures (e.g. Ostrom 1990). Their research, among many other things, identifies social capital to be a component of systems that can determine if a community is successfully living in harmony with each other and their common resource base. Table 1 highlights four important aspects of social capital.

The big idea with social capital is to identify factors that allow communities to work with each other and use resources sustainably, as an alternative to assuming that all communities are doomed for a tragedy of the commons. So far these four variables (among many other critical factors like community size, resource type and support from higher scales of governance) are identified as important (Ostrom 2009). We can start now building trust, reciprocity, shared and enforced rules and norms and social networks that can cross scales (e.g. local, regional, National, global) as necessary. Doing this could help maintain community cohesion and create transparency and accountability for managing shared resources.

In an era of globalization, there are many resources that we share with the entire globe. For example, air quality and fish in the oceans. Increasing the scale of the common resource issue to the global scale also increases the complexity of the issue (Ostrom 1999). The management of resources necessarily occurs at the local scale, but in some cases (e.g. climate change) this accumulates to create a global impact. Therefore we must pour energy into building both our social capital at the community scale and at the global scale. 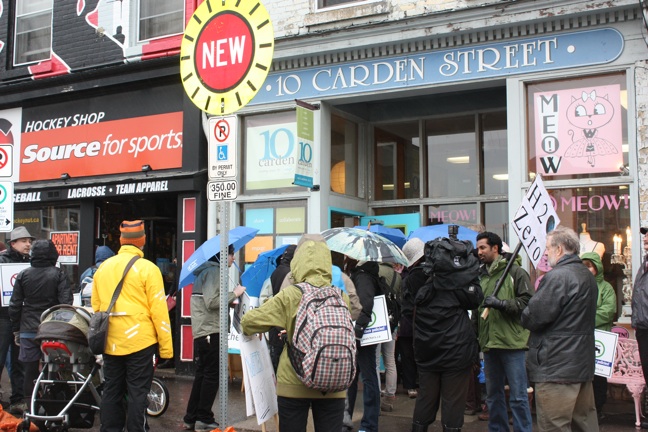 This month, Damon Tabor published an article in Harper’s Magazine about illegal mining operations in the crazy strip of rainforest (inside Brazil) still owned by France called French Guiana (a legacy of colonial history). Poor people called garimpeiros join crews that sneak through the thick of the rainforest to avoid checkpoints, cut down the forest and set up a mining camp within 20 days. They use large tubes to pour mercury into the freshwater of the rainforest because it makes identification of and separation of gold from sediment easier. The mercury can travel thousands of miles and transforms into the very dangerous methylmercury that poisons ecosystems and us. This is their full time job year after year and the whole operation makes a few thousand dollars a month–then split between the team of workers. This is a great example of a) the tragedy of the commons occurring locally where miners make a little bit of cash to the detriment of people and ecosystems that are never to recover and b) an example of how a local resource problem is inextricably linked to the global system.  France has a difficult time enforcing rules in the rainforest and has turned a blind eye to the issue, no longer publishing documents for the public to follow the progress of these miners. The loss of the rainforest, poisoning of water and global movement of methylmercury affects me here in Canada and you wherever you are. So how can we build trust, reciprocity, common enforced rules and networks to face these incredibly complex global resource issues?

We need to build social capital at the global scale (difficult to do with our colonial history and ongoing international power differentials). Reciprocity and trust can be fostered by commitment to and enforcement of treaties and international agreements. At the same time we need transparent and elaborate social networks so information can be exchanged from the local to the global scale and back again. We need to ask important questions like who will be in charge of enforcing rules are followed at the global scale? What kind of social networks can we create to maintain transparency and accountability for enforcing global rules? What are the rules and norms that we want for management of the global commons?

This is of course an incredible challenge! So how can you be an agent of social capital in your communities and our global community? Lets take it back to my water example and the freshwater from the Aberfoyle Aquifer that I love to drink. I have to take action to build the social capital of the community that manages my water. I will have to be an active participate in decision-making and actions on the ground to build trust and reciprocity through action with others influencing water. And I will have to put pressure on institutions above me to be supportive of our attempts as community water management.

I have started doing this, and so can you! I am a volunteer for the local WellingtonWaterWatchers NGO here in Canada, I have sent a letter to the government here with my concerns about Nestle’s request, and I am building a network and communicating the issue by writing about it here and sharing it with you. Thus, I continue my pursuit as a ‘shameless optimist’ with the belief that we can dodge Hardin’s famous tragedy by working together to build social capital in our communities and for our globe.

Kaitlyn likes to think, compose, and be outside. New at Shareable.net, she hopes to share stimulating ideas, pleasurable stories and helpful hints. A Canuck, Kaitlyn grew up on a small

Kaitlyn likes to think, compose, and be outside. New at Shareable.net, she hopes to share stimulating ideas, pleasurable stories and helpful hints. A Canuck, Kaitlyn grew up on a small island with rocky shores and tall pines, boating, skating or skiing to shore as necessary. Education brought her from Ontario to Quebec where she studied Environment and Development at McGill University. After exploring some of the diversity of language and culture in her homeland, Kaitlyn flew across the Atlantic to complete a Masters Degree in Sweden. She studied at the Stockholm Resilience Center ( https://www.stockholmresilience.org/ ) , where she was (is) fortunate to have some incredible opportunities to learn from excellent scientists/people. Kaitlyn is now living in Potsdam Germany, a charming little city with the highest concentration of Palaces in all of Europe. Here, she works part time as a researcher at the Potsdam Institute for Climate Impact Research (PIK) (https://www.pik-potsdam.de/) and gets her creative inspiration from all the surrounding culture, nature and of course Palaces!