So, I'm getting a PhD in Precarity - Shareable
Skip to content 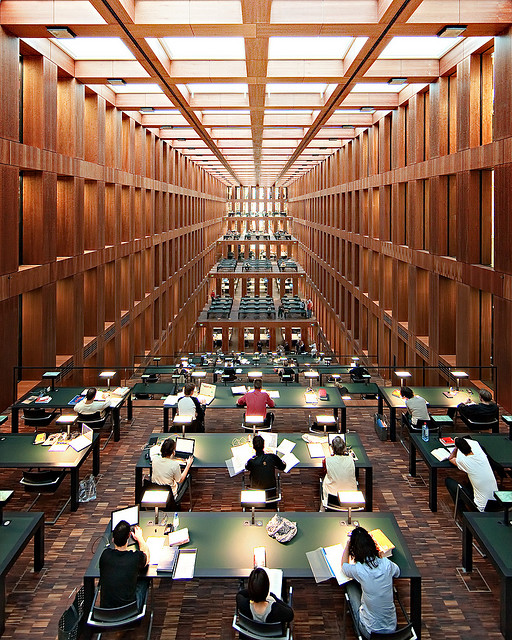 I'm getting a PhD in sociology. Why? Because I didn't like my first (and only) job, I'm good at school, and I love sociology. I've come to realize that these are absolutely abysmal reasons to get a PhD. But I'm three years in, so I've decided to roll with it.

On the bright side, I've stumbled on an area of research that I'm pretty fascinated with (which is good because it will be the only thing I think, read, and write about for the several years it takes me to finish a dissertation).

The topic I’m researching is precarious employment. What is that? No one is really sure, but, broadly, it's employment that is risky–in terms of security, access to benefits, career progression, and so on—for the employee. Temping is a classic example of precarious employment. Temps are hired for short periods of time and typically don't have the same rights or access to the same benefits as full-time employees. They're usually poorly paid and the first to be fired when things go south.

Precarious employment used to be relegated to so-called "low-skill" jobs, like clerical work and routine factory work. But as employers have reaped massive profits via the turn to “flexibility” there's a sense that precarious employment is spreading to all kinds of occupations. Even mine.

In the 1960s, the majority of faculty positions were full-time, tenure track appointments. Tenure is a system where newly hired Assistant Professors publish like mad for about six years to prove that they're worthy of a lifetime appointment. You're probably thinking: a lifetime appointment?! That's madness. What if, after a few years, the professor becomes a lazy bum? Why shouldn't the university be able to fire her?

The fact is, most professors don't become lazy bums. Tenure is critical for academic freedom, the lifeblood of scientific advancement. Otherwise, universities could fire researchers for controversial findings. Researchers would be loathe to dissent from prevailing opinion–and then where would we be? Plus, academics make a fraction of what they could probably make in the private sector, so the security of tenure helps retain top people in higher education.

So to recap: In 1975, 57 percent of college faculty were tenured or on the tenure-track, according to the U.S. Department of Education. These are full-time positions, with good pay and great benefits. By the late 1990s, that figure dropped to one third. Now, the American Federation of Teachers reports that only a quarter of faculty appointments are to a full-time, tenure-track position.

Instead, colleges and universities hire adjuncts and lecturers. These poor, overworked souls do the bulk of the teaching–often at several different universities–for which they get absolutely no career credit and a paltry paycheck. It's a vicious cycle: adjuncts and lecturers have to take precarious adjunct positions to earn a living, but it leaves them with no time to do research, which means they will likely never be hired for a tenure-track position.

I really, really don't want that to be my life. But short-term contracting appears to be the wave of the future. Many people are pretty happy about it. Is it even possible to escape? Should I just embrace it?

As a PhD student my future is as precarious as any member of the Free Agent Nation. The truth is that I'm competing in a huge jackpot lottery, where a few lucky winners with the right academic specialty and the right advisor will win a coveted tenure-track position, while the rest of us struggle to make ends meet. Why willingly enter such a lottery in the first place? For me, the allure of autonomy and creativity at work was the major draw. And, having succeeded in what I thought was the qualifying round–a degree from a fancy college–I suppose I thought I could be one of the "winners." Now, having surveyed the landscape, I'm not so sure.

More importantly, I've become convinced that this isn't a matter of personal success or failure. As a democratic society, we have to decide if the winner-takes-all economy is how we want to organzie our working world. I know it's hard to believe sometimes, but we do have a choice in the matter.

This blog will explore the flexible workforce–the good, the bad, and the ugly. Is the Free Agent Nation all it’s cracked up to be? What kind of infrastructure do freelancers and contractors need to make it work? What is the role of states and communities in all this?

I hope you’ll join me in the conversation—in between gigs, perhaps?

I'm a Ph.D. candidate in Sociology at the University of California, Los Angeles. I research precarious employment--and I'm trying to avoid becoming precariously employed myself. I also blog at phdinprecarity.blogspot.com.

I'm a Ph.D. candidate in Sociology at the University of California, Los Angeles. I research precarious employment--and I'm trying to avoid becoming precariously employed myself. I also blog at phdinprecarity.blogspot.com.