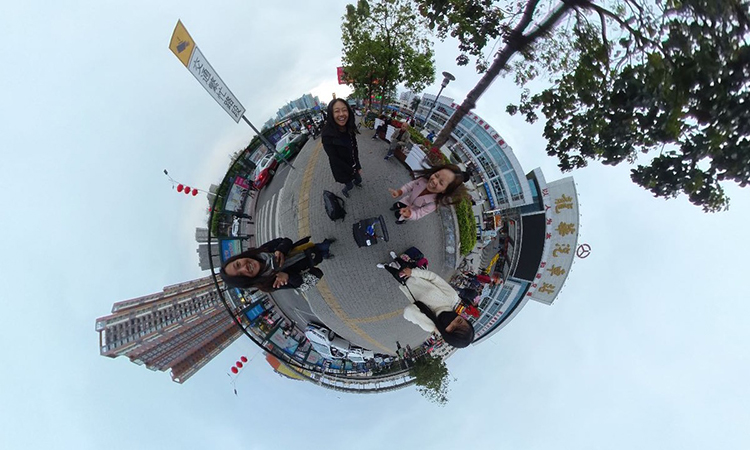 Singing Cicadas is a new collective based in Hong Kong that is working to empower freelancers and creative professional in film, television, and design by creating a network for them to bargain for better wages. The organization was founded earlier this year by two freelancers based in Hong Kong — Sharon Yeung, who tells nonfiction stories through virtual reality, interactive websites, and immersive theater, and Han Yan Yuen, a documentary filmmaker.

"It kind of naturally developed from a logistical need to have a company," says Yuen. "As we discussed it, we saw that it could become a platform for organizing a community."

The name reflects the idea that working together can build power that working alone cannot. Cicadas are small insects that produce loud noises when they are together — a group of cicadas is louder than a single one. Yuen and Yeung believe that their organization can do the same for freelancers. Having worked as freelancers in Hong Kong, Yeung and Yeun say they have experienced first-hand the challenges that face independent workers in the creative arts industry face. For Yeung, the initial idea that would turn into Singing Cicadas started when she returned to Hong Kong from working in the United Kingdom. While freelancing is a challenge everywhere, she found that in Hong Kong, the lack of a network for freelancers to communicate and collaborate made the situation even more challenging for workers.

"We have little bargaining power because we don't band together," Yeung says. "I heard that certain freelancers are getting paid as little as two hundred USD for a video. And because everybody is fighting to compete for jobs, they are constantly juggling five or six jobs, leaving no time to socialize."

In response, Yeung started hosting salons for freelancers, and found that they were not only very popular, but that many of the participants faced the same challenges and concerns as her. It's not just Hong Kong — around the world, freelancing is becoming more common in the creative industry, and with it, is bringing new challenges to workers.

The other big goal for Singing Cicadas is to create a space for more social storytelling. They plan to set aside some portion of every project they work on together towards social-oriented endeavors. Their first big project is MADE, a virtual reality interactive documentary which will link consumers with stories of Chinese factory workers at FoxConn, which makes Apple products. 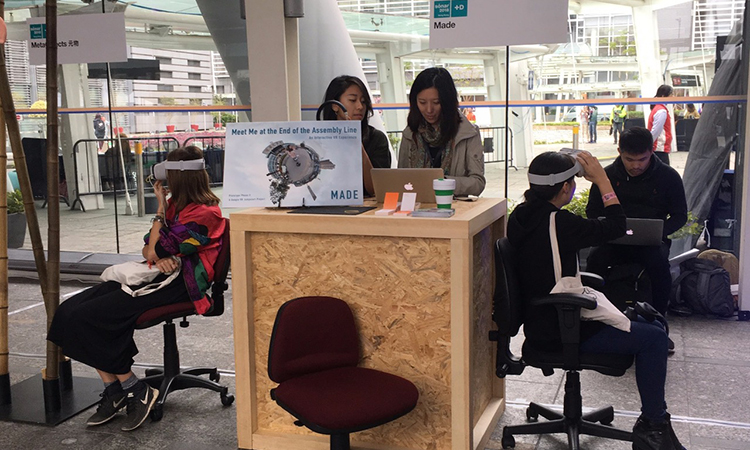 "Our goal is to have people talk about responsible consumption after watching this documentary," Yuen says. It is still in production and will be released sometime in 2019. The documentary reflects another important aspect of the collective. While Singing Cicadas is based in Hong Kong, they don't want to be limited by geography. They are already working with collaborators across the world, including mainland China, the U.S., and Southeast Asia.

"That's something that's always surprises people, because especially in Hong Kong, not a lot of people work with collaborators overseas," Yeung says. "That means for us, a lot of discussions are a more diverse, because we are talking to people in different cultures and that allows us to tell stories in a really universal way."

They say their next step is to recruit new members and educate them about what how a collective can benefit their careers. They are also looking to become a cooperative, following the model of the U.K.-based worker cooperative Outlandish, to further encode the values of sharing into the company. Their long-term vision is to inspire similar collectives across the region and allow more creative freelancers to work on social impact projects. "I hope that we can influence other people, so that in a major city in Asia, there is a collective that works on projects to drive social impact through immersive storytelling," Yeung says.

All images provided by Singing Cicadas.