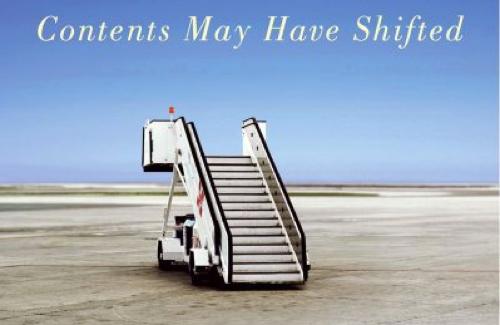 It's all too easy to get cynical these days. The corrosion of our economy, democracy, literacy, and taste in entertainment is enough to make anyone feel weary. This is why we need more artists like Pam Houston, whose candid, glittery prose reminds us why literature exists in the first place: to break our hearts so wide open we can't help but feel deeper the goodness of the world. Whether she's writing about white-water rafting through a sunlit canyon or losing her best friend to cancer, Houston's blend of self-deprecating wit and tender openness tunes the heart strings.The author of five books (her latest, Contents May Have Shifted, hits the stands in early 2012), Houston does not identify with the solitary writer stereotype—on the contrary, she relishes the thrill of collaborating and sharing with people. On a recent Friday morning we spoke on the phone, and I was struck immediately by her guilelessness, wry humor, and genuine warmth.

Q: When it comes to your writing career, how did you get started? I read that you've been to 55 countries mostly on one magazine's dime or another. How did you make that happen? A: I was really lucky with getting my first book published. I was still in grad school at the University of Utah, 27 years old and writing Cowboys are my Weakness, and lucky enough to meet the woman who would be agent and my editor for 20 years. It was at a writers' conference put on by the University, called Writers at Work, at a time when there weren't a million conferences, and I met her there. She discovered me and my stories. It was the first time anyone had said I was good. In grad school, my peers were kind enough to me, but my teachers were sort of uniformly negative about my work. [laughs]

Q: Which you never wound up finishing, right?
A: That is correct. I left with very little left to do, but I did wind up leaving in dramatic fashion. One day they were just particularly shitty to me over nothing—imaginary money being moved from one place to another—and they made me wait and wait and wait and somebody said something shitty, and I thought: “what if never have to walk in this building again, what if I never have to walk in this building again,” and it kind of took hold of me. At that point people were being openly rude. I thought, these people aren't any fun and I don't want to hang out with them anymore. I didn't want to be treated meanly by them anymore. I decided I'd be a writer and not an academic. And look at me now, educating people; I'm probably the best educated BA in America. [laughs] So I found my way back, oddly enough. It was the first time in my life I had not been the good girl. It was the first time that I didn't please the teacher. I left my coat, my books, and I never went back in the building again.

Q: Can you explain what “being discovered” meant exactly?
A: Basically what happened at that conference was we were allowed to sign up for a private consultation. I signed up with writers because I'd been convinced that my writing was not good enough for an agent. But all the writers were booked. So Shannon Ravenel, editor of Best American Short Stories, offered to read a copy of my story. She was just being kind. She wound up loving it and showing it to all the other agents and editors there. It was truly one of those magical moments that just happen for people sometimes. At that point, though, I didn't have anything like a collection. I had a couple of half-decent stories that needed work. So that's when I started working with Carol Smith, my editor for 20 years until she died a couple years ago.

I started sending out my stories to lit magazines and got tons of rejections. Every story got rejected at least eight or ten times. Of course, it was a different world, there were far fewer people writing then, so it's more like getting 50 rejections today. But after awhile, they started getting picked up by little literary magazines like Crazyhorse. Then the big thing that happened was Richard Ford picked a story for Best American Short Stories for 1990 out of one of the mags. And that was a huge boost, because it was right before Cowboys came out. Then, to answer your question, that's when the magazines started calling me. That's how I turned that into travel writing. It was natural. They called me and said: Do you want to go here? After awhile I started saying, actually, I'd rather go here! [laughs]

Q: You write across genres and forms—fiction and non-fiction, short stories, essays, and novels. What is the function of these different categories, besides marketing?
A: I'm not sure that they do serve a function beyond marketing. I might go so far as to say that I don't think they serve a function beyond knowing where to put them in the bookstore, sort of a sub-set of marketing. Pretty much everything I've written fits in the space between between between autobiography and fiction and between the short form and the long form.

For some people, they write strict non-fiction, and that's cool, or straight fiction, and that's cool, but for me personally I wish there were a legitimized version of this other category, the in-between place, because I believe there are more books on that line. It seems like a very interesting sub-genre. I just wish it had a name so we could stop saying it has to be one way or the other. It doesn't make any sense to me that it has to be fiction or non-fiction.

Nothing I've ever written has ever been one way or the other. It's always been both. Whether it's A Little More About Me, which was called non-fiction personal essays, or Waltzing the Cat, which was fiction, those books are not that much different in terms of how much reality they represent. It's really not like Waltzing was wildly more fictionalized than A Little More About Me. They're all autobiographical stories.

When I'm writing, I'm shaping a story: not to mention the failure of memory, not to mention the failure of language to represent. Can I say that those essays were true in that they actually happened that way? Well, I wouldn't want to be held up to a jury, or Oprah, you know what I mean? [laughs] Ultimately, I don't care what it's called, as long as it's called a book.

Q: Have you ever thought about writing a book about writing?
A: I've had some pressure to do that and I think I might be ready. I object to writing books when they start to be too instructive. But I do have some methods that I've been using a long time. I think now I could do it in a way that wouldn't make me queasy. I don't want to be an authority, I want to be an artist. But I do teach and teach and teach and my teaching jump-starts a lot of people, so a book might be useful.

Q: How do you deal with bad reviews?
A: Even Cowboys, which was stupidly, universally loved, got bad reviews. They hurt more because it was the first time. I won't say that they don't sting. Reading reviews is a different project for me today. When Cowboys came out I was 30 years old and just wanted to please everyone. That's how I was brought up, I was kind of insane that way. Since then I've had a lot of therapy and a lot of life. You can tell a lot about the reviewer in the review. There are certain bad reviews where I think, this is about them, their issues. Some make a valid point and I can see that. My novel Sight Hound got quite a few bad reviews. And those stuck to me when I wrote this new book. If the thing the reviewer says resonates with some fear you have, then you really feel it. If it's something that doesn't resonate, you forget about it. I'm way past the point where a bad review could really crush me. Beyond reviews, I've gotten tons of hate mail, which is a whole different category.

Q: From men?
A: Mostly from women, believe it or not, people who think I'm a bad feminist because I make bad choices with men. Or people saying I'm coming to kill your dogs, you name it. If you put yourself out there as a public figure, you're gonna get hate mail, which is scarier.

Q: Have you received flak for your decision to eschew motherhood?
A: Well, a lot of people want to help me. [laughs] People write me letters or come up to me at readings and tell me what a great mom I would be. I get a lot of that. Mostly well-meaning people, saying it's exactly people like you who should be a mom.

I'm actually a step-mom now, for the last four years, and I'll tell ya, on the one hand it's been great, but on the other hand, it's made me really sure I didn't want to be a mom. Because I love my life! I want to go to Mongolia, I'm an artist. That's who I am. And I don't believe you have to be good at everything. We only have my stepdaughter like 30 percent of the time and that's a lot. Then again, I have a lot of students who need me in a different way, and I enjoy nurturing them.

Q: I've heard you do a lot of teaching; you must love it.
A: I love it, yes. Although I am going to be 50 this year, and I'm trying to think about ways to give myself a little more empty time, because I've almost never had any of that—I'm a time filler. I teach a ton. I teach at Davis 75 percent, I teach in the Pacific University low res program, I teach a private group of women, and every year I teach in Taos, at Provincetown… It's kind of a crazy amount of teaching, I have to figure out a way to cut back a little bit; on the other hand I never get tired of it. It's like every time I get that new pack of manuscripts, I'm excited to discover what's in there. I'm kind of ridiculous about it.