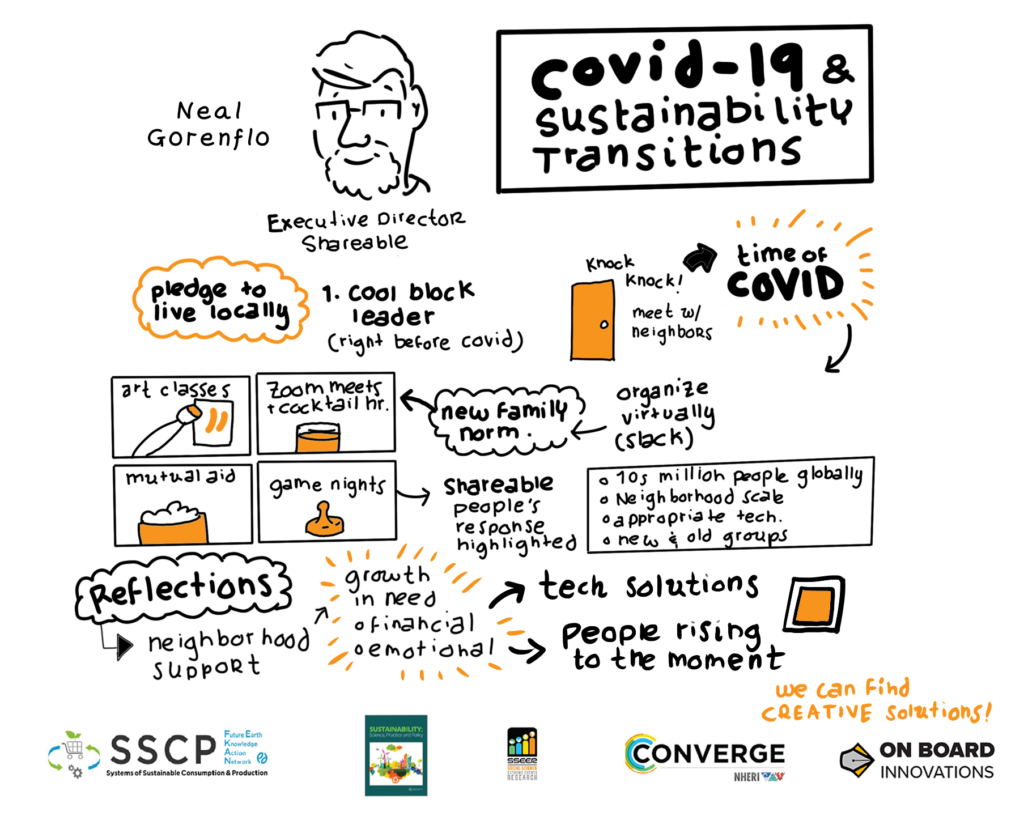 Without question the COVID-19 pandemic has been a tragedy of immense proportions. While there has been improvement in conditions in some parts of the world in recent weeks, it continues its rampage. Indeed, as I write these words, the World Health Organization has announced that on June 7 the worldwide number of coronavirus hit a record high. That number is almost certainly going to keep rising in the coming days and weeks.  In addition to its health implications, the crisis has triggered an economic recession of likely historic proportions. The United States, moreover, is reeling from the deadly consequences of police misconduct and is in the midst of an epic battle over civil rights. And the summer has not really started.

Can we secure any positive changes out of this hydra-headed disaster? A fortunate development to emerge from the current pandemic and its associated calamities has been the mobilization of an extremely energetic and creative initiative to leverage COVID-19 to catalyze desperately needed sustainability transitions in a range of domains: food and agriculture, transportation, energy provisioning — and lifestyles. How can we make strategic investments that provide the infrastructure and redeploy human capacities in ways that ensure meaningful reductions in greenhouse gas emissions, improvements in biodiversity, and reversals in countless social trends?

Conceived under the umbrella of the Future Earth Knowledge-Action Network on Systems of Sustainable Consumption and Production, the initiative got off the ground with publication of two brief articles during the early stages of the pandemic — one in an academic journal Sustainability: Science, Practice, and Policy and a second on the Future Earth website. Incidentally, Future Earth is an international research program which aims to build knowledge about the environmental and human impacts of global change and to find solutions to sustainable development. The undertaking galvanized the attention of several hundred researchers and practitioners and in the blink of an eye found itself organizing an online mini-conference on May 27 focused on the theme of COVID-19 and sustainability transitions. The keynote was delivered by Neal Gorenflo, Founder and Executive Director of Shareable.

Neal began his presentation by describing his decision to embark on a lifestyle experiment devoted to a Year of Living Locally which because of a twist of fate rapidly became, in effect, a public pandemic diary. He described himself as motivated by a desire to increase involvement with his local community, to develop more social capital, and to boost well-being and quality of life. These impulses mapped on to several objectives centered on personal behavior change (specifically local sourcing), neighborhood-scale projects, and engagement with local government. He explained how the first step along this journey involved becoming a Cool Block leader.

The project kicked off with an ambitious undertaking in which Neal and his son, Jake, knocked on the front doors of 57 of their neighbors and ultimately recruited a dozen local households to join a grassroots community-building venture. He summed up the experience by observing that he felt like a “Paul Revere of sustainability… this was a moment when everyone should be knocking on each other’s doors and inviting them to change.” And then COVID-19 hit and blew the nascent social experiment back on its heels. Neal faced the decision of whether to abandon, or at best postpone, the project, or to move it into a virtual space defined by the technical capabilities of Zoom and Slack.

The Cool Block group, by a combination of happenstance and collective commitment to the common good, first became a source of mutual aid for its members, a sort of local commissary for distributing homegrown vegetables, baked bread, and other provisions. Before long, the group of neighbors started branching out and responding to calls for assistance on a wider scale: performing errands, delivering meals, collecting personal protective equipment, and redistributing underutilized bicycles. The size of the original Cool Block group doubled in a couple of weeks.

So how do we understand the relationship between Neal’s efforts to mobilize his neighbors in good works and to nurture a newfound sense of community? At its most fundamental essence, sustainability is about breaking problematic routines centered on isolation, automobile dependency, overwork, digital addiction, and mindless resource consumption. It is about building up social practices that have become atrophied by underuse and are in desperate need of exercise. Sustainability strives to envision a better life for ourselves and our global brothers and sisters that is less reliant on faceless and impersonal institutions, long-distance commerce, and passive conformity to customary ways of getting along.

The post-COVID-19 period marks a time for collaboratively building new systems of consumption and production which are organized around relationships and solidarity rather than on accumulation of stuff. It is deeply unfortunate that it has taken a pandemic to shake us from our torpor. However, as we emerge from the long weeks of isolation and begin to reconnect with our social worlds — albeit at a distance — we may very likely learn that what is most extraordinary about Neal’s experience is that, ultimately, it is not so unique. There is widespread recognition that reverting to old lifestyles holds less promise than striking out to forge a better future that embraces a commitment to social and environmental sustainability.

Readers interested in learning more about the COVID-19 and Sustainability Transitions initiative can find information in this blog post or send an e-mail to project coordinator Esthi Zipori at ezipori@gmail.com.

Maurie J. Cohen is Professor of Sustainability Studies and Director of the Program in Science, Technology, and Society at the New Jersey Institute of Technology. He is a member

Maurie J. Cohen is Professor of Sustainability Studies and Director of the Program in Science, Technology, and Society at the New Jersey Institute of Technology. He is a member of the Management Team of the Future Earth Knowledge-Action Network on Systems of Sustainable Consumption and Production and Editor of Sustainability: Science, Practice, and Policy. His most recent book is The Future of Consumer Society: Prospects for Sustainability in the New Economy.