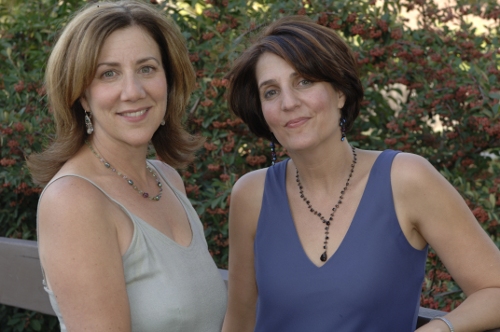 When my boyfriend and I began making plans to extend our family beyond our couple-dom, we realized that, despite our feminist ethos, we both wanted to pledge our ever-lasting love to each other in a public ritual. Even though our DIY front porch wedding was full of bare feet and piñatas, we recognized our admission into an institution that, for worse, remains entrenched in harmful stereotypes. (Where would sitcoms be, after all, without constant potshots at marriage and domesticity?) But if marriage has long been heralded as the first nail in the coffin of romance, then procreating seems to seal it for good. When it comes to having children, our cultural mythology has accepted the “truth” that somewhere between the bachelor party and the bris, the once-bubbly relationship fizzles like a half-finished bottle of champagne. Somehow sex—the very act that gets people into this predicament—is seen as a casualty of reproduction, roadkill on the path to family-hood. Which is why the book Make Love Whenever Possible When Married with Children, co-written and published by Leslie Kaplan and Peg Melnik, is so refreshing. Equal doses sass and wisdom, this slim volume urges parents to wake up and smell beyond the diaper pail.

Though I've only just rounded the corner into my second trimester, the dimmer switch has already been lowered on our (usually bright) marriage. Blame it on constant queasiness, exhaustion, and the disappearance of my waistline wreaking havoc on my self-esteem, but there's no denying that the fruit of my womb is surely dampening the sizzle in our domestic frying pan. And our little avocado-sized procreant being isn't even technically a baby yet! In six months, though, we'll reach the milestone that will undoubtedly have a greater impact on our relationship than any wedding or marriage certificate ever could. So how do two tired parents stay romantically vibrant? According to Kaplan and Melnik, the solution is radically simple: prioritize your relationship above all others, including your children. "People think the mate can wait," says Melnik, “but they have it all wrong.” Too many couples mistakenly allow their lives to orbit around the kids, instead of remembering that they are lovers first. By nurturing their own relationships, the authors contend, parents of every stripe and orientation will teach their children that partnerships should be loving, healthy, and sexy, which in turn will support healthier, happier communities.

Kaplan, a junior college English teacher, met Melnik, a wine columnist, through their kindergarten-aged daughters, where they discovered a shared secret: they felt disconnected from their husbands and their own libidos. “I was suffering from a matrimonial amnesia,” Kaplan explains, “making me wonder: why did I marry my husband?” By sharing their isolation and misery, the two women became empowered by their ability to create solutions to a problem that our culture does little to ameliorate. “Everyone teaches you how to burp a baby,” says Melnik, “but no teaches you how to be a parent and a lover at the same time.” Organized in short, often witty, chapters, and designed for working parents who don't have the luxury of hiring nannies, “Make Love” outlines concrete strategies for staying romantically connected. How about sneaking quickie sex while the kids are watching The Lion King, or exchanging sexual favors for household chores? “When we exchanged vows I could not have fathomed bartering sex for a clean kitchen,” the authors write. “But I never knew how exhausting parenting could be. Today I'm ready to cut all kinds of deals for a clean floor, a load of laundry, or a foot massage. I'll stoop low for clean silverware.”

[image_1_small]Even more appealing, given our image-obsessed culture, is the fact that these two women aren't sporting breast implants and pasties, or trying to act the part of Annie Sprinkle. It doesn't take Victoria's Secret to keep a union sexy and viable; it takes two people willing to spontaneously flash each other and commit to a weekly date night. While the literal act of making love is important, Kaplan and Melnik recognize that the steamiest unions are those in which the partners are intellectually, spiritually, and emotionally connected. Having experienced emotional isolation from their partners, they now advocate something called the 15-minute rule: “Here's how it works. After we get the kids to bed—before we pick up that phone, touch a computer key, hit that TV remote or load the dishwasher—we sit down and we look at each other's face and we talk for at least 15 minutes every night, no matter what.”

The authors' “practical eroticism” also advocates community involvement, a refreshing antidote to the lonely orbit of many nuclear families. By trading baby-sitting nights with friends and neighbors, for example, parents can support each other in creating date nights, even if that means staying in and enjoying the peace of a quiet home. I especially love the idea of "building a hut" for new parents, in which neighbors and friends provide food and errands for ten days so the couple can rest and bond with their new baby. “The goal is to make it a tradition,” the authors write, “by having the hut giftees plan a hut for others down the line. And so it begins, this giving tree.” After all, they point out, invoking the Irish proverb: “It is in the shelter of each other that people live.”

Kaplan and Melnik's self-published book is only the beginning of an entire movement that's doing more to sass up the bedroom than edible underwear. They've also created a web-site, makelovewheneverpossible.com, which features both written and video blogs; anyone who comments is automatically entered to win free gifts like massages, dinners for two, and even romantic weekend getaways. The two have taken their message on the road, frequently giving talks and offering “Intimacy Bootcamps” to parents all over the Bay Area who are desperate to understand why they feel so lonely. A grateful dad and contest winner actually stopped Leslie on the street to relate the details of his first ever weekend away with his wife since their two kids were born. After their shot of intimacy, something they'd just about given up on, they even started French kissing and dating again. "Make Love" is about providing desperately needed wisdom in a culture sorely lacking it. As Kaplan explains, "we wrote this book so that nobody has to suffer like we did."