Sharing For Art and Profit: Creative Commons Celebrates 'The Power of Open' - Shareable
Skip to content 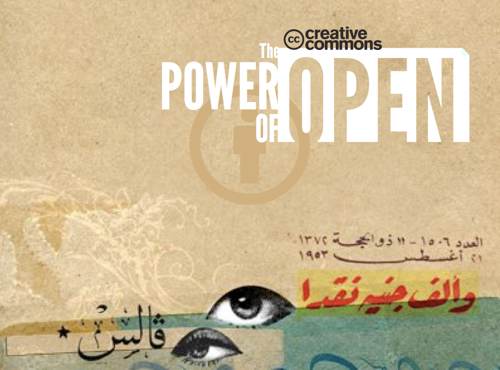 Creative Commons, the leading advocates for a fair and sane copyleft system, has released a new book, The Power of Open: Stories of Creative Commons Success. The book details the high-profile artists, musicians, designers, developers and more who are using Creative Commons licensing for their creative works, featuring testimonials from a wide variety of content creators, from non-profit journalism outlet ProPublica to DJ/producer DJ Vadim.

In the introduction to the book, Creative Commons CEO Catherine Casserly and Chair Joi Ito provide some history and context:

Creative Commons began providing licenses for the open sharing of content only a decade ago. Now more than 400 million CC-licensed works are available on the Internet, from music and photos, to research findings and entire college courses. Creative Commons created the legal and technical infrastructure that allows effective sharing of knowledge, art and data by individuals, organizations and governments. More importantly, millions of creators took advantage of that infrastructure to share work that enriches the global commons for all humanity.

Creative Commons not only empowers creators and remixers, it can also be a driver of viral success. When Nina Paley, director of the animated feature "Sita Sings the Blues", was unable to release her film due to music licensing issues, she decided to release it for free online with a Creative Commons Attribution-Share Alike license. The film was acclaimed by critics such as Roger Ebert, and after an outpouring of donations and revenue from related merchandise, Paley was able to secure distribution. In the book, she explains, "When an artist is broke, you start thinking that it has to do with the value of their work, which it doesn’t. I have also seen artists who refused to create unless they got paid…I’ve never had more money coming at me than when I started using Creative Commons BY-SA. I have a higher profile. I don’t spend anything on promotion. My fans are doing it for me and buying merchandise. Sharing put me on the map."
But sharing your work through a sane licensing system has more than self-promotional benefits. As sample and remix-based forms such as hip-hop have demonstrated, it also enables entire new forms of art and expression. With The Power of Open, Creative Commons has produced a powerful document that puts the lie to copyleft naysayers by spotlighting the artists, nonprofits, companies and remixers who are profiting both creatively and economically from it.
You can purchase a print copy or download a PDF of the book for free at The Power of Open's website.