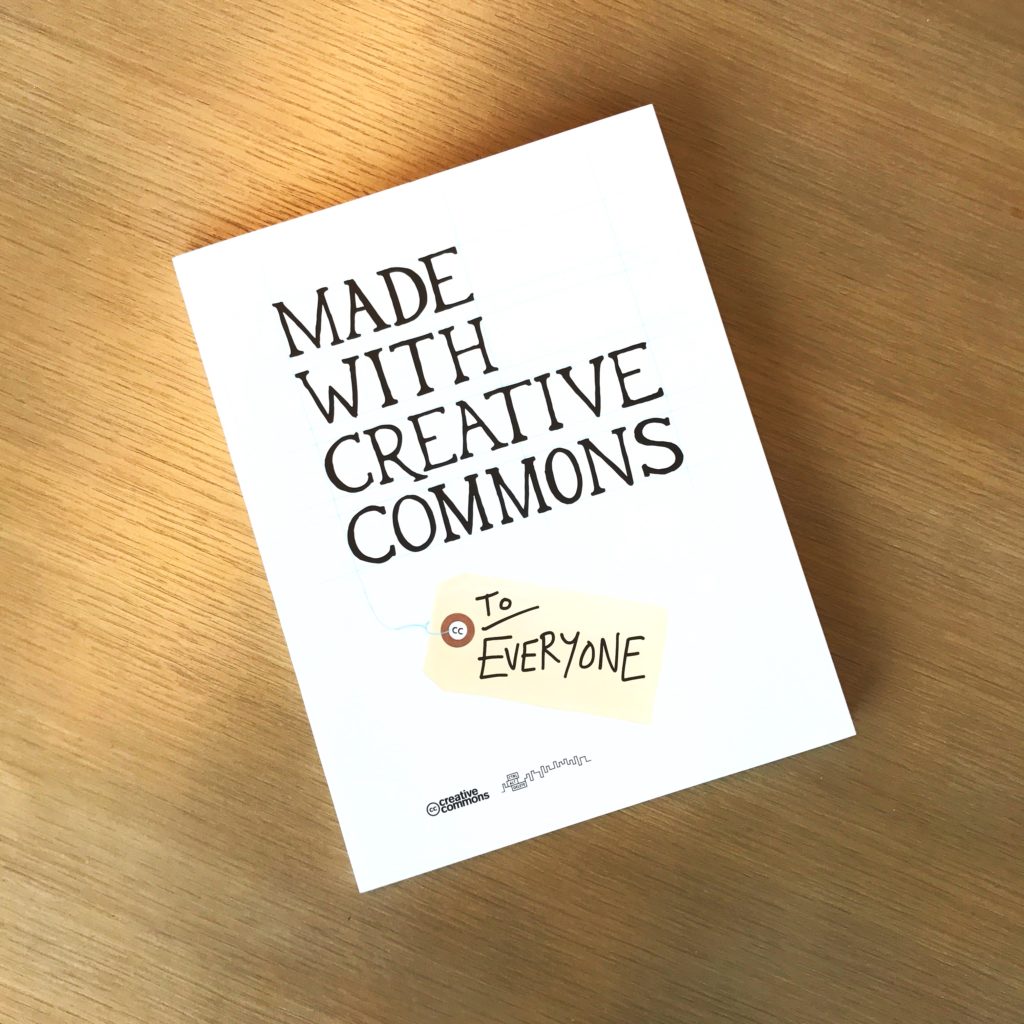 About 1.5 years ago, after a successful Kickstarter campaign, we set out to research and write a book about the ways creators and businesses make money when they share their work using Creative Commons licensing. We had a particular vision for the work. We would identify and interview 24 diverse enterprises. We would analyze their revenue models and customer segments. We would figure out what makes them work and turn it into advice that applies to everyone.

But like many of the best laid plans, things changed along the way. It wasn't that we were wrong to think you could make money using CC. Many of the people we interviewed talked about the ways CC licensing helped them reach more people and accordingly, make more money. Nor were we wrong that we would find business models involving CC that others could replicate.

The biggest pivot in our work was that the business model framework just wasn't big enough to capture the full picture. According to the "Business Model Generation" handbook, a business model "describes the rationale of how an organization creates, delivers, and captures value." Thinking about sharing in terms of creating and capturing value always felt inappropriately transactional and out of place, something we heard time and time again in our interviews. And as Cory Doctorow told us in our interview with him, "Business model can mean anything you want it to mean."

Eventually, we got it. Being "Made with Creative Commons" is more than a business model. While our book talks about specific revenue models as one piece of our analysis, we scrapped that as our guiding rubric for the book. By the end of the process, the book became much more than a business book. It is about what gives sharing — and Creative Commons — its real meaning.

Here is an excerpt from the book, "Made with Creative Commons" (scheduled for public release on May 5, 2017, at madewith.cc):

Regardless of how they made money, in our interviews, we repeatedly heard language like "persuading people to buy" and "inviting people to pay." We heard it even in connection with revenue streams that sit squarely within the market. Cory Doctorow told us, "I have to convince my readers that the right thing to do is to pay me." The founders of the for-profit company Lumen Learning showed us the letter they send to those who opt not to pay for the services they provide in connection with their CC-licensed educational content. It isn't a cease-and-desist letter; it's an invitation to pay because it's the right thing to do. This sort of behavior toward what could be considered non-paying customers is largely unheard of in the traditional marketplace. But it seems to be part of the fabric of being Made with Creative Commons.

Nearly every endeavor we profiled relied, at least in part, on people being invested in what they do. The closer the Creative Commons content is to being "the product," the more pronounced this dynamic has to be. Rather than simply selling a product or service, they are making ideological, personal, and creative connections with the people who value what they do.

Obviously, being Made with Creative Commons means using Creative Commons licenses. That much I knew. But in our interviews, people spoke of so much more than copyright permissions when they explained how sharing fit into what they do. I was thinking about sharing too narrowly, and as a result, I was missing vast swaths of the meaning packed within Creative Commons. Rather than parsing the specific and narrow role of the copyright license in the equation, it is important not to disaggregate the rest of what comes with sharing. You have to widen the lens.

Being Made with Creative Commons is not just about the simple act of licensing a copyrighted work under a set of standardized terms, but also about community, social good, contributing ideas, expressing a value system, working together. These components of sharing are hard to cultivate if you think about what you do in purely market terms. Decent social behavior isn’t as intuitive when we are doing something that involves monetary exchange. It takes a conscious effort to foster the context for real sharing, based not strictly on impersonal market exchange, but on connections with the people with whom you share—connections with you, with your work, with your values, with each other.