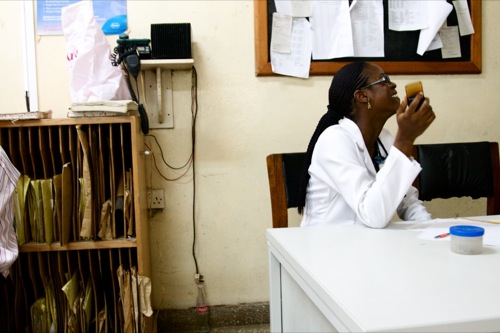 Health professionals in developing countries face enormous challenges. Africa, for example, is a continent that suffers more than 24% of the global burden of disease but has access to only 3% of health workers. With ratios as low as one doctor per 30,000 patients, they must be prepared to face a wide variety of conditions: high levels of disease, lack of basic supplies and medicines, deteriorating or substandard equipment, and, in remote areas, isolation from medical peers, One simple way to help is by providing better means for health professionals to share knowledge and collaborate with one another.

That is the starting point for Switchboard, the nonprofit that my cofounder Eric and I launched this year. We’ve brought together nearly 100% of doctors in Ghana and Liberia on a free mobile phone network we call MDNet, allowing any doctor nationwide to call or text any other doctor, free of charge.

Switchboard is erasing the cost barrier for what is often lifesaving communication between health professionals, and we are doing so by utilizing the mobile phone, a tool already in the hands of every doctor in developing countries. In addition to the free network for doctors, we also distribute directories to every doctor in the network, so they can find the right person in the country to communicate with when they need to. 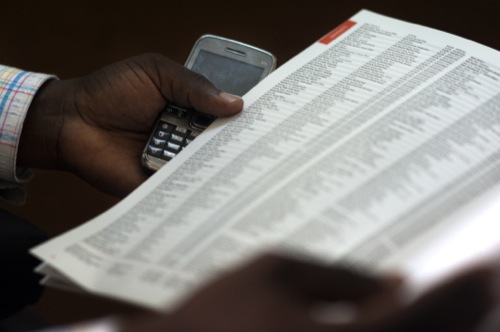 Switchboard has created large networks of healthcare professionals in very little time. The two most critical pieces to our success reveal how we accomplished this: by focusing our scope and by partnering with the right incentives in place.

Focusing on one effort alone is a formidable task, as many people yearning to do good in the world are aware of. When Eric and I first met and started working together in 2005, we were just leaving undergrad. We founded an organization called Africa Aid, with the goal of bringing real-world development issues to American university classrooms, and implementing solutions in African communities.

Our scope ranged far and wide: school food programs for Liberian refugees, micro-lending for seamstresses in Ghana, donating medical devices to large distribution non-profits — with a name like Africa Aid, everything fell under our purview. In our minds, we could do everything, but in reality, it was impossible to do everything well. We had good intentions and were doing good things,, but with hands in so many directions, we spread our financial and human resources thin. We couldn’t put enough energy into improving and innovating our programs, and inevitably we were not building expertise in any one area.

One of the most promising projects that began to unfold during this time was thought up by our Chief Medical Officer, who suggested an Internet collaboration tool to connect doctors in Ghana. Low levels of internet connectivity quickly convinced us to adapt the collaboration tool to mobile networks instead, and by partnering with the Ghana Medical Association and Ghana ONEtouch (now Vodafone), the program quickly distributed SIM cards to nearly every doctor in the country. 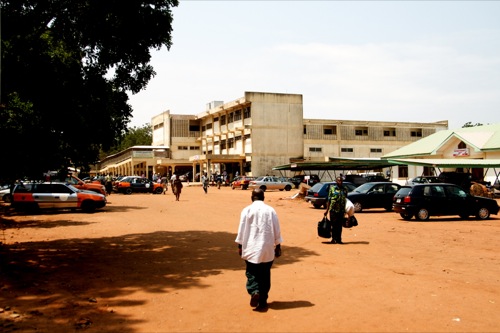 This very specific task brought us a wealth of information. The SIM cards brought doctors into a calling network, and allowed us to collect information and track the specialties and locations of nearly every doctor practicing in Ghana. This was the first time this was possible in Ghana. We could see where all the OBGYN’s or Pediatricians were located in the country, and how few surgeons there were. This data gave us a broad view of the high-level healthcare needs, and served as the foundation for improving collaboration through our printed Doctor Directory, which we distributed to every doctor in the network.

Eric and I believed we had discovered something special. We were excited about using mobile phones as a means of reaching and impacting many people, on a broad scale and quickly, and so we re-purposed Africa Aid to focus solely on MDNet. We began the process of slowly and carefully wrapping up our other programs, and transferring all our energy into MDNet instead.

This was a critical step for us. As many folks with good intentions believe, we thought we could accomplish everything that we set out to do in the world of development. But without a focus, we were quickly burying ourselves. By focusing, we were able to found Switchboard, a spin-off of Africa Aid, with an identity centered around collaboration in healthcare and nothing else.

Other than focusing in on one initiative, it was our ability to partner appropriately that made our work a success from the beginning, on both the medical and the technology sides of our work. 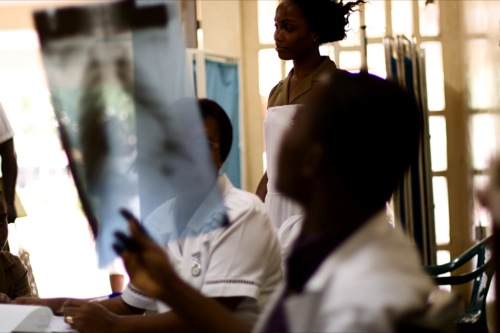 In the health system, we knew that accessing doctors by ourselves would have been nearly impossible, as we did not have past relationships with doctors in Ghana, where MDNet was first launched. The Ghana Medical Association — a nimble, non-governmental physician professional development organization who was trusted by every doctor in the country — was the perfect fit. They led the charge, getting immediate buy-in from doctors throughout the country.

Our other necessary partnership was with a telecom company. In Ghana, we struck a deal with Ghana OneTouch (Vodafone). They used their existing technology to create a closed-user group, within which any calls made between doctors were free of charge . The telecom felt good, but could also gain new customers, bringing nearly every doctor in the country onto their network, and making money from out-of-MDNet calls.

Through effective partnerships, MDNet was able to make the incentives of the health system and the telecom align, and once the word was out, doctors joined quickly. By saving around $70 a month on phone calls, doctors had an incentive to join Now they could share knowledge, refer patients, and help each other in emergencies, without worrying about the impact on their wallet. 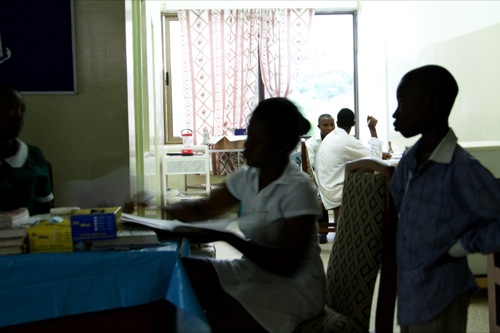 As for Switchboard, our next step is to expand our network both in terms of geography and types of health worker. A major African telecom has offered to connect every doctor and nurse on our free calling network in the Tanzania, a country with one of the lowest health worker-to-patient ratios in the world. We’re moving eastward from West Africa and making it easy for Tanzanian health professionals at multiple to share the knowledge and talents they already have with one another, in order to collaborate and improve patient care.

The lessons we have learned building Africa Aid and Switchboard are not rocket science. But all too common, great ideas like this never happen because innovators are too busy trying to be everything, or are too focused on achieving wins on their own, instead of engaging the right partners.

For Switchboard and the thousands of doctors across West Africa on our networks, we have two realizations to credit for our success. First, we admitted that we couldn’t accomplish everything, and that leaving other programs behind and focusing would do far more good than harm. And second, we admitted that we couldn’t do everything alone, and instead built creative partnerships in which everyone would win.

Executive Vice President & Founder Craig Edelman is the go-to development guru for Switchboard, with years of experience working with development organizations from Ecuador to India to Africa