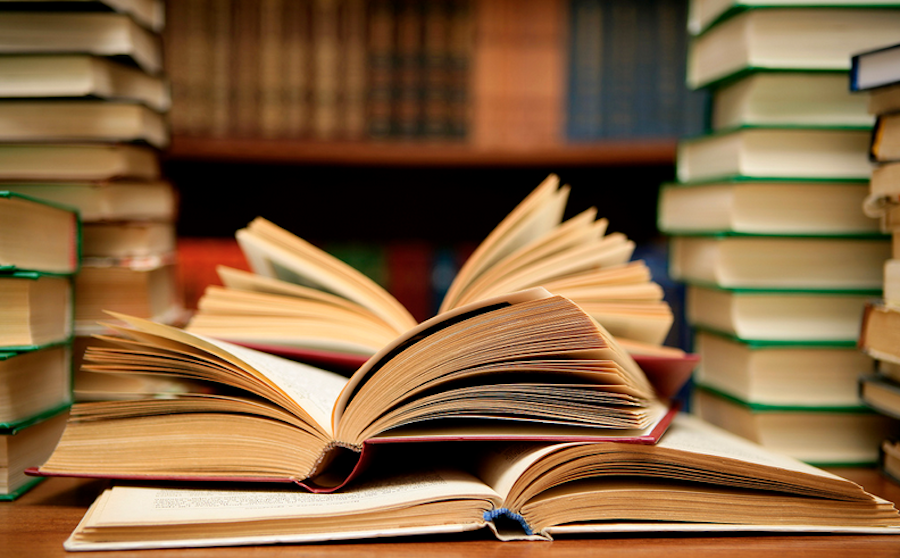 'Tis the season to cozy down with a blanket and a good read, and there’s no shortage of new books about sharing, collaboration, cities, and more to read or give as a gift. We’ve rounded up the top 21 new books for the holidays and beyond.

1. Dispatches Against Displacement: Field Notes from San Francisco’s Housing Wars, by James Tracy (AK Press): Written by James Tracy, co-founder of the San Francisco Community Land Trust, Dispatches Against Displacement examines the current housing crisis in San Francisco, exploring the current system that maintains the status-quo. Tracy argues that the Google buses are the tip of the iceberg and that the Bay Area has "a long arc of displacement" of two decades of tech boom and bust.

3. The Big Disconnect: Why the Internet Has Not Fixed Politics (Yet), by Micah L. Sifry (O/R Books): In The Big Disconnect, Micah Sifry, a longtime analyst of democracy and its role on the net, explores the question of why, in an age of instant communication, hasn't our ability to organize politically kept pace with our technological progress? The answer, he argues, is that we need a real, digital public square, not one "hosted by Facebook, shaped by Google and snooped on by the National Security Agency."

4. How We Got to Now: Six Innovations That Made the Modern World, by Steven Johnson (Riverhead): A history of innovative creations, How We Got to Now explores some of the great inventions in human history, including refrigeration, clocks, and eyeglasses. An entertaining read full of stories of genius, unexpected blunders and profound breakthrough, the book is a celebration of the innovative spirit and the "secret history behind everyday objects."

5. The Village Effect: How Face-to-Face Contact Can Make Us Healthier, Happier, and Smarter, by Susan Pinker (Spiegel & Grau): In this world of digital and virtual everything, face-to-face contact is vital to our well-being. In The Village Effect, psychologist Susan Pinker illustrates how human beings are "hardwired to connect with each other." She argues that we need, not only the deep connections of those closest to us, but the looser ties of the larger community for health and happiness.

6. Information Doesn't Want to Be Free: Laws for the Internet Age, by Cory Doctorow (McSweeney's): An exploration of the ongoing push and pull between copyright and creative success in the 21st century, Information Doesn’t Want to Be Free looks at the challenges and opportunities present in working as a creative today. A guide to the relationship between the Internet and digital tools, and creative expression, the book also presents author Cory Doctorow’s ideas of what’s coming next.

7. Networks of Outrage and Hope: Social Movements in the Internet Age, by Manuel Castells (Polity): Protests have long been a part of the human story—they’re a way to express solidarity, show discontent and demand change. Today, however, there are communication networks that allow for immediate communication between protesters, supporters and observers (not to mention the authorities). In Networks of Outrage and Hope, Manuel Castells looks at the roots of today’s social movements, the available communication tools, and the role technology has in facilitating and strengthening these movements.

8. Free Time: The Forgotten American Dream, by Benjamin Hunnicutt (Temple University Press): In Free Time, Benjamin Hunnicutt explores the questions, What is progress? and What is the American dream? At a time when much of our progress leads to more work and endless growth, the idea of an American dream of increased quality of life and well-being seems a distant notion. Hunnicutt looks at the history of this elusive dream, from colonial days to the present time.

9. Wild Idea: Buffalo and Family in a Difficult Land, by Dan O'Brien (Bison Books): In 1998, writer and endangered-species biologist Dan O’Brien bought a buffalo and converted his cattle ranch into a buffalo ranch where he raises grass-fed, free-roaming buffalo. His vision is to help restore balance in the grasslands of South Dakota. In Wild Idea, O’Brien explores how federal policy relates to our food systems, the dignity and importance of the buffalo, and the people trying to bring health and balance to what the author describes as a “difficult land.”

10. Degrowth: A Vocabulary for a New Era, by Giacomo D'Alisa (Routledge): Degrowth is a rejection of endless growth and, as described in the book of the same name, a way of advocating for “the democratically-led shrinking of production and consumption with the aim of achieving social justice and ecological sustainability.” Giacomo D'Alisa provides an overview of the degrowth movement and provides information and tools, including useful vocabulary, for introducing degrowth to policymakers.

11. Simple Living in History: Pioneers of the Deep Future, edited by Samuel Alexander, Amanda McLeod (Simplicity Institute Publishing): An overview of simplicity, as embraced by Buddha, Jesus, Henry David Thoreau, the Amish, the Quakers, the Greeks and Romans, Mahatma Ghandi and more, Simple Living in History details the past as a way to provide a map for our present and future. An anthology of 26 short essays spotlighting people and cultures that advocated for simple living, the book is a reminder that simplicity is an age-old, cross-cultural movement that deserves our attention.

12. The Systems View of Life: A Unifying Vision, by Professor Fritjof Capra, Pier Luigi Luisi (Cambridge University Press): Systems thinking, the idea that complexity, networks and patterns of organization create systems of being, has emerged over the last several decades. The Systems View of Life studies the emergence and growth of this field, explores key concepts and terms, and illustrates how a systems view of life contributes to health care, management, ecological and economic crises, psychology and the law.

13. Innovations in Sustainable Consumption: New Economics, Socio-technical Transitions and Social Practices, by Maurie J. Cohen, Halina Szejnwald Brown, Philip J. Vergragt (Edward Elgar Publishing): In Innovations in Sustainable Consumption, the authors argue that traditional policy and tech approaches to slowing, and eventually reducing, our over-consumption, are insufficient to meet the urgent need to do so. It’s time to take a different, cross-sector approach that incorporates ecological, social, and economical strategies. The book offers what has been called, “an impressive and enormously useful synthesis of this new work.”

14. Tent City Urbanism: From Self-Organized Camps to Tiny House Villages, by Andrew Heben (The Village Collaborative): In Tent City Urbanism, author Andrew Heben explores the intersection of the tiny home movement and tent cities that spring up to house the homeless. Discrediting the notion of tent cities as dirty, drug-infested eyesores, Heben presents them as a viable alternative to more formal responses to homelessness, arguing that they often exemplify self-management, direct democracy, mutual support, and resourcefulness.

15. Once in a Lifetime: City-building after Disaster in Christchurch, edited by Barnaby Bennett, James Dann, Emma Johnson and Ryan Reynolds (Freerange Press): A collection of 55 essays by journalists, economists, designers, academics and officials, Once in a Lifetime is the first substantial critique of the Government’s recovery plan for Christchurch, New Zealand, after Christchurch, the country’s second-largest city was hit with a devastating series of earthquakes in 2011. The book provides an overview of the alternative approaches to city-building that were undertaken, and archives “a vital and extraordinary time.”

16. Pop-Up City: City-making In a Fluid World, by Jeroen Beekmans, Joop de Boer (BIS Publishers): Pop-Up City is a blog exploring designs, trends and ideas that shape the future. Pop-Up City, the book, gathers the best of these stories and trends into a collection “that tells a remarkable story of cities and urban design in a fluid world.”

17. Governing Knowledge Commons, edited by Brett M. Frischmann, Michael J. Madison, and Katherine J. Strandburg (Oxford University Press): The knowledge commons is an umbrella term that describes “the institutionalized community governance of the sharing and, in some cases, creation, of information, science, knowledge, data, and other types of intellectual and cultural resources.” Governing the Knowledge Commons argues that policy-making around these commons should be based on what has, historically, made commons institutions work. Building on the work of commons pioneer Elinor Ostrom, the book proposes a model for studying the knowledge commons that is created around the unique attributes of knowledge and information.

18. The Para-Academic Handbook: A Toolkit for making-learning-creating-acting, edited by Alex Wardrop and Deborah Withers (HammerOn Press): A phrase acknowledging those “under- and precariously employed,” working academics, para-academics signals a branch of academia that grows outside the confines of universities. The Para-Academic Handbook is an overview of this field in which academics create alternative, open resources, and create “learning-thinking-making-acting spaces” online, in publications, in exhibitions, in group discussions and more.

19. Our Declaration: A Reading of the Declaration of Independence in Defense of Equality, by Danielle Allen (Liveright): Most people have never read the Declaration of Independence from start to finish. Troubled by this fact, Danielle Allen, a political philosopher, set out to explore the arguments in the document, reading and studying it with University of Chicago undergrads and adult night school students. Despite obvious contradictions around freedom and slavery, they found “not a historical text that required memorization, but an animating force that could, and did, transform the course of their everyday lives.”

20. Everyone Counts: Could "Participatory Budgeting" Change Democracy?, by Josh Lerner (Cornell Selects): The Participatory Budgeting Project (PBP) is an award-winning nonprofit that promotes participatory budgeting, a process where community members have a say about public spending. Over the last five years, the organization has helped more than 46,000 people across the country decide how to spend $45 million. In Everyone Counts, PBP co-founder and executive director Josh Lerner provides a history of the organization's origins, its real-world successes, and the organization’s big picture vision.

21. The Coworking Handbook: Learn How To Create and Manage a Successful Coworking Space, by Ramon Suarez (CreateSpace Independent Publishing Platform): A guide for opening, managing, and growing a successful coworking space, the Coworking Handbook shows potential coworking space operators how to avoid common pitfalls, provides first-hand best practices from coworking space founders around the world, details how to facilitate member connection and address issues, stresses the importance of building a community, and lays out how to handle the finances, how to design the space, and how to grow the space into a profitable business.

Many of these books include affiliate links to Amazon. Resulting purchases support Shareable, a nonprofit. Many of these books are available at local, independent bookstores, a choice we recommend too. Top photo by Abhi Sharma (CC). Follow @CatJohnson on Twitter