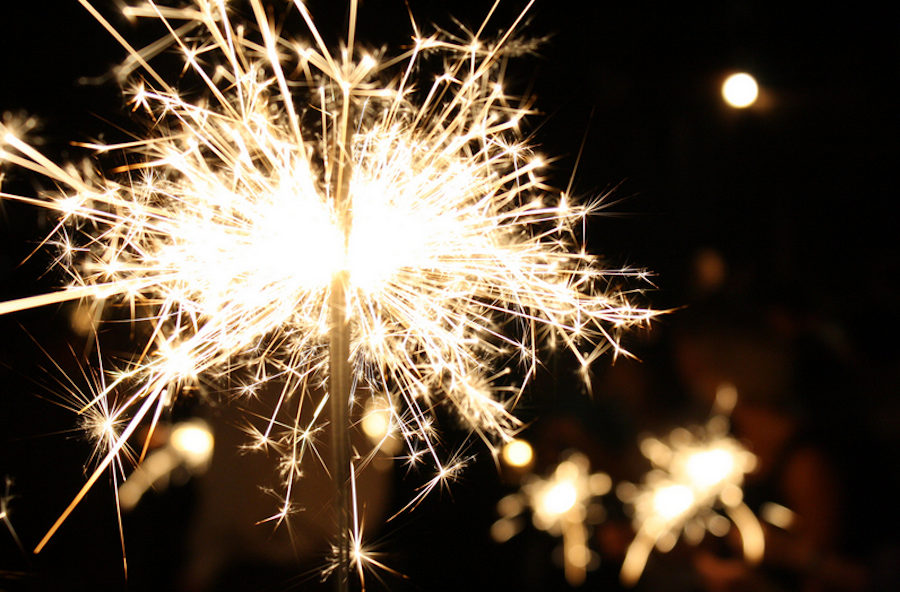 Shareable strives to highlight the most promising people, projects, and places from the front lines of the sharing movement. In 2014, we published hundreds of articles about the sharing economy, the Sharing Cities Network, cooperatives, time banks, the commons, tiny houses, libraries, coworking, sharing startups, open source projects, and much more.

We rounded up the most popular articles of the year, the ones that Shareable readers read, shared, liked and retweeted the most. What did we learn? That our community loves bottom-up solutions, decentralizing tech, sharing cities, local food, open culture, and tiny houses—lots and lots of tiny houses! Below are our top 20 most popular stories this year:

1. 21 Technologies That Will Decentralize the World 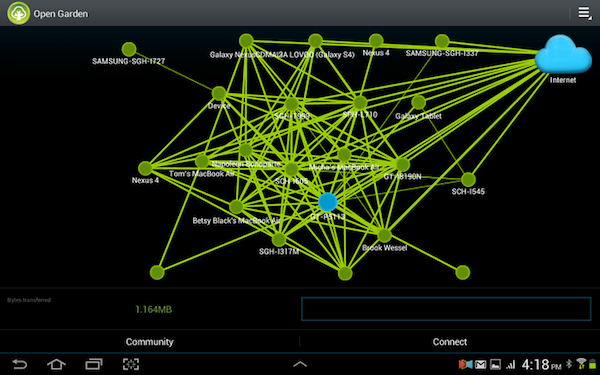 As tech-driven networks replace bureaucratically-driven hierarchies, technologies are emerging that decentralize power and place it in the hands of communities and individuals. Here are 21 of the most exciting, innovative ones.

2. How to Live Off-the-grid in a Tiny House 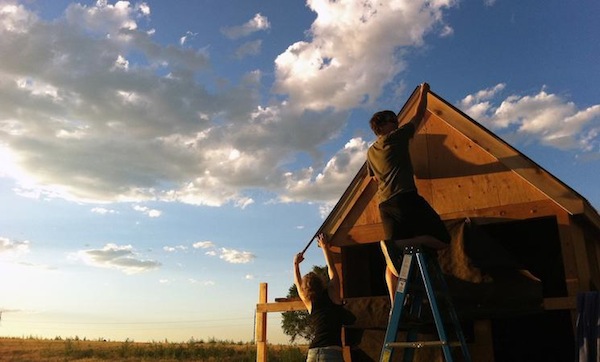 Tiny houses are all the rage these days. Couple them with off-the-grid living and you find yourself at a very interesting and exciting intersection. Shareable spoke with several people who've made off-the-grid tiny living a reality to find out how it's done. 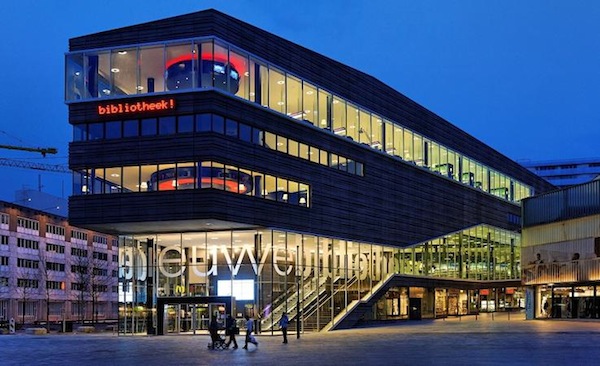 With a decline in library visitors and uncertainty about what to do about it, administrators in Almere in the Netherlands redesigned their libraries based on the changing needs and desires of library users. In 2010, they opened the incredible Nieuwe Bibliotheek (New Library), a thriving community hub that looks more like a bookstore than a library.

4. 10 Open Hardware Projects to Save the Earth 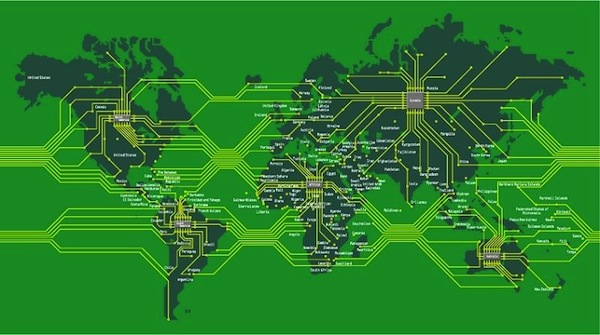 The open source movement, which embraces software, science, media, politics and data, is thriving. An exciting branch of the open source tree is open source hardware—physical objects released into the commons with open licenses. Here are 10 of the most innovative, future-forward open hardware projects geared to solve pressing global problems of housing, waste management, agriculture, manufacturing and more.

5. Meet Vitalik Buterin, the 20-Year-Old Who Is Decentralizing Everything

No ordinary 20 year-old, Vitalik Buterin created a new kind of crowdfunding platform, called Ethereum, that crypto-currency makes possible. The idea is unproven, but if it succeeds, voting systems, file storage, financial instruments, contracts and a variety of other things could become cheaper, faster, and more widely accessible over a distributed network, potentially transforming the architecture of the Internet and the infrastructure of the economy. 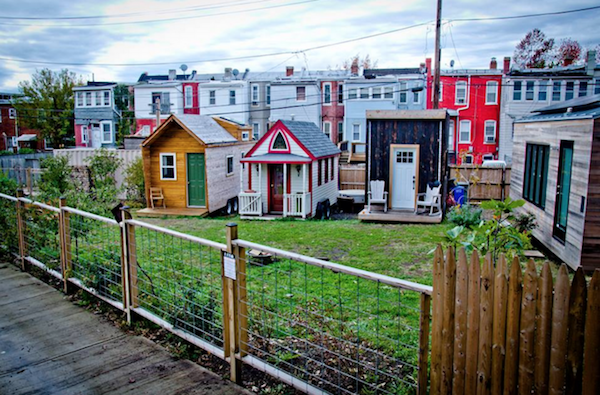 An emerging part of the thriving tiny house movement, tiny house villages have the potential to transform lives and communities. The number of tiny house villages is, at this point, relatively small, but they are being embraced as an affordable, community-focused way to downsize and simplify while remaining connected to a neighborhood. From villages created to house the homeless and provide affordable city housing, to state-of-the-art eco-villages, the future is bright for tiny house villages.

7. Reverse Food Truck Takes in Food to Feed the Hungry 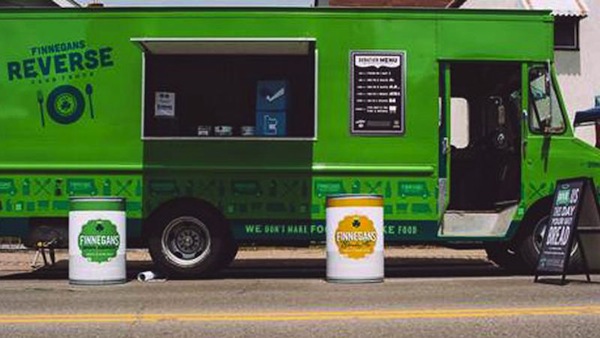 Food trucks are all the rage these days, but what about a reverse food truck that, instead of selling food, collects food to redistribute to the hungry? Created by Finnegans, a brewery in Minnesota, the food truck set out to raise $50,000 in non-perishable food. 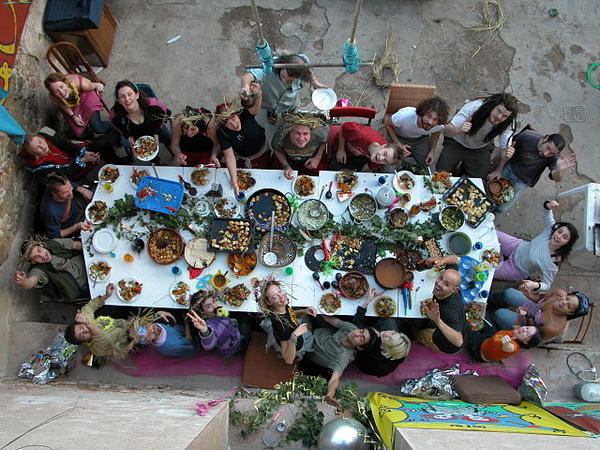 The sharing economy is full of platforms that make traveling easier, more affordable, and more fun. We can share homes, rides, cars, bikes, surfboards,meals and lots more. We rounded up 24 apps to help you harness the power of sharing on your next trip. 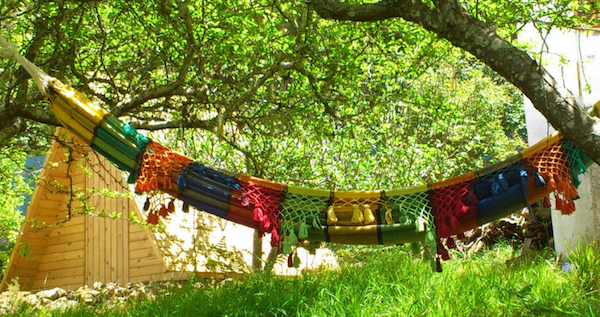 From treehouses and wagons to cabins, cottages and everything in between, Airbnb lists a treasure-trove of tiny dwelling you can stay in. So if the tiny lifestyle holds some appeal for you, but you want to give it a test run before you commit, check into one of these tiny homes and give tiny living a try. 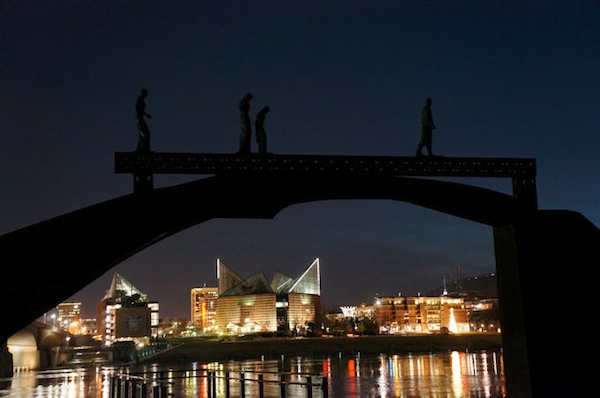 Who knew Chattanooga was such a sharing-friendly town? Probably the people who live there, but for those of us outside of the loop, it was exciting to see the innovations that the city has undertaken. Here are 11 of our favorites, including public utilities, a thriving local food scene, and a variety of shared spaces.

11. Setting the Record Straight on the Legality of Seed Libraries 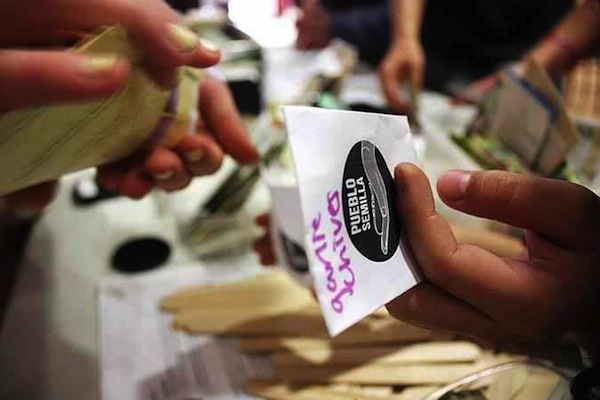 When the Pennsylvania Department of Agriculture cracked down on a seed bank in the Joseph T. Simpson Public Library in Mechanicsburg, Pennsylvania, our friends at the Sustainable Economies Law Center (SELC) sprang into action, creating a detailed overview of seed law basics. Cutting through the hype and hysteria, SELC laid out the facts and steps that can be taken to secure a healthy future for seed exchanges.

In 2005 there were only a handful of coworking spaces. Now, they number well over 2,000 worldwide, with more popping up all the time. Have a great idea for a coworking space? This guide will help you find your market, decide on a space, design and brand the space, and build the core of your coworking space: the community.

Imagine living in a housing community, built not around a pool or tennis court, but around a farm and cooperative community. Sounds pretty nice, right? Dubbed Agrihoods, these communities are springing up across the US.

14. The Sharing Garden Shows the Way to a Moneyless Food System 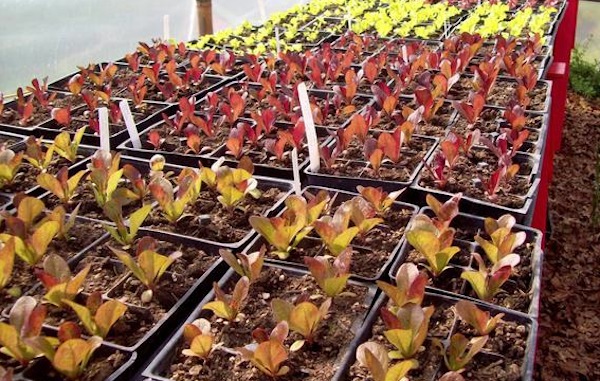 Unlike some community gardens with separate plots rented to different people, the Sharing Garden in Monroe, Oregon is one large plot, shared by all. All contribute to the garden, from planting to harvest, and the food produced is shared among garden volunteers and others in the community. 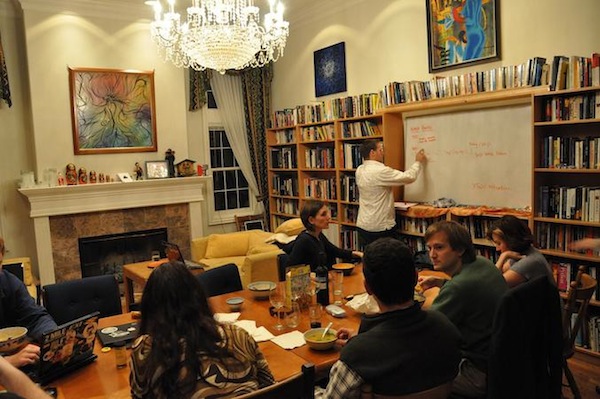 As more and more people move into cities, the communities that have lived there, sometimes for decades, are being displaced due to rising housing costs. While there is no easy fix to reverse this trend, there are common-sense solutions to make housing more affordable for city dwellers.

16. Owning is the New Sharing 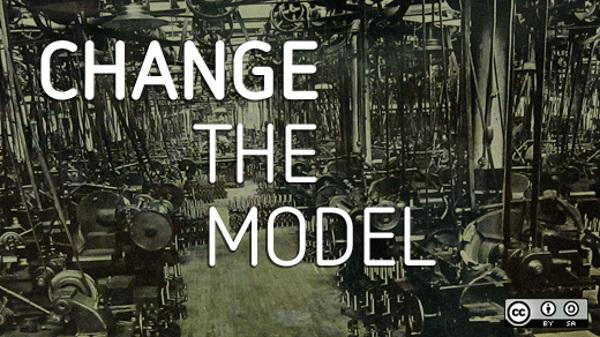 For years, a mantra of the sharing economy is that access trumps ownership. But Nathan Schneider argues that when we, participants in the sharing economy, don’t own the things we’re sharing, we’ve given away control of the sharing economy to businesses that own the assets. As he says, “Whoever owns the platforms that help us share decides who accumulates wealth from them, and how.” He suggests that rather than letting go of ownership, we need a new way of practicing it.

17. How to Run a Business in the Gift Economy 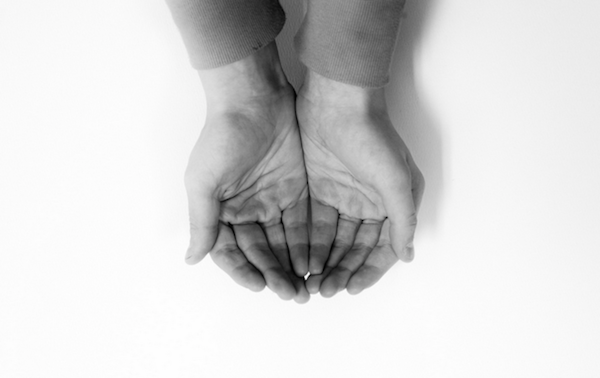 Ever wanted to learn more about the gift economy? Want to apply it to your business but weren’t sure how to balance generosity of your time and energy with making a living? Marie Goodwin, the “chief plate spinner” for Charles Eisenstein, author of Sacred Economics, The More Beautiful World Our Hearts Know is Possible and more, breaks down the details of working in “the gift,” with clarification of the concept, advice on finding clients to work with, and tips on how to best make the shift in your business.

18. Why Banning Uber Makes Seoul Even More of a Sharing City 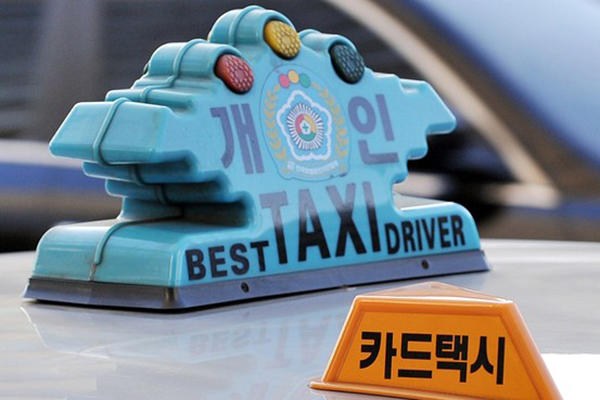 This summer, Seoul city said it planned to ban Uber from the city, instead launching its own app for taxis. As one of the world’s most committed sharing cities, Seoul left people wondering why they would shut out a key player in the sharing economy. But as Shareable’s Neal Gorenflo explains, by developing a local solution for taxi hailing, keeping control and wealth local, and disconnecting in intelligent ways from the brittle, banal, and destructive global economy, the city is creating the independence, self-sufficiency, diversity, resilience, and equity characteristic of a true sharing city.

19. Why Startup Urbanism Will Fail Us 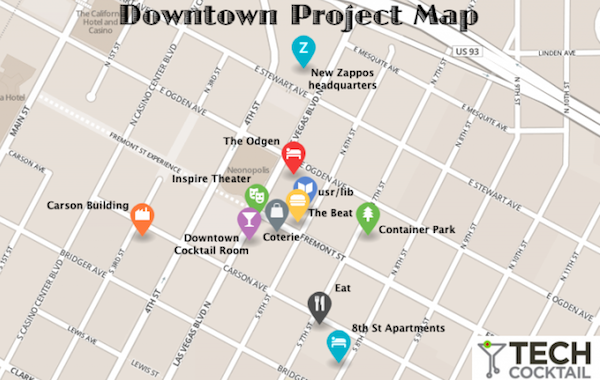 As cities move to develop tech hubs and establish areas as innovation centers, complete with the promise of bike lanes, placemaking and walkability, a different reality is emerging: one of longtime residents being driven from their homes due to rising housing costs, established businesses being forced out, and a general “Jane-washing” of these projects that shatter communities in the name of creating community. Using the examples of the Las Vegas downtown tech cluster and San Francisco’s massive wealth gap, author Leo Hollis warns that cities should not be treated as startups and that downtown projects need to be fully invested in Jane Jacobs’ “ballet of the street,” not just throw around a few catch-phrases to get projects approved. 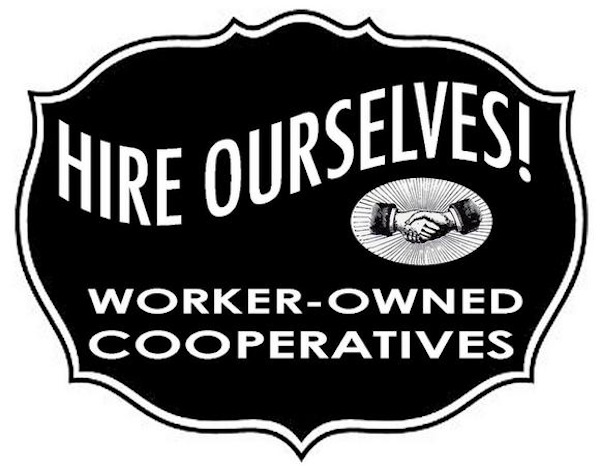 There was a time when the phrase worker cooperative brought to mind specialty bookstores and natural food stores. While the cooperative sector does still include those things, it also now includes tech companies, international businesses, coworking spaces, factories and more. Shareable asked some of our friends who are deeply embedded in the cooperative movement to share some of their favorite coops that are transforming and redefining the cooperative movement.