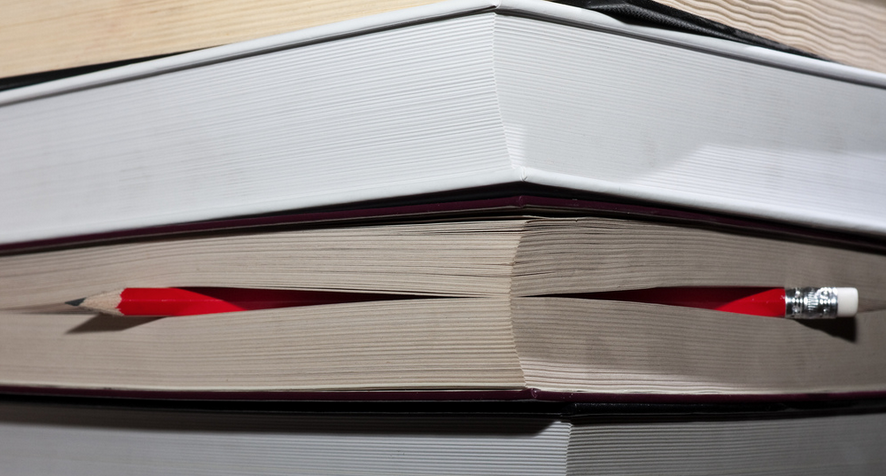 A few times a year, we round up the best new books about the sharing economy, community, and all the other good sharing stuff. It’s amazing that there's never a shortage of good reads for our book finds. It speaks to the growing number of people who want to create a better world through sharing. Below are our top 16 reads this spring. If you know of any new, sharing-themed, must-reads, please share them in comments.

1. Society 3.0: Mastering the Global Transition on Our Way to the Next Step in Human Evolution, by Ronald van den Hoff (CreateSpace Independent Publishing Platform): The co-founder of Seats2meet, a multi-faceted workspace sharing community, Ronald van den Hoff knows something about how people connect to create new global paradigms and the effect these connections have on our emerging economy. In his new book, Society 3.0, van der Hoff expertly explores the ways that financial crises have shaped work and education; the rise of “knowmads,” nomadic knowledge workers; transforming organizations and business into open value networks and more.

2. Think Like a Commoner: A Short Introduction, by David Bollier (New Society Publishers): Longtime activist and thought-leader of the commons movement David Bollier is at it again, this time with a new book titled Think Like a Commoner. In it, Bollier further explores the enclosure of the commons, the rise of the digital commons, how ordinary people are embracing the commons to build better communities and more. The final product is another must-read from Bollier for those who understand the importance of the commons in transforming our global culture and those who are just learning about the commons.

3. The Sharing Revolution: the Essential Economics of the Commons, by Jessica Conrad, On the Commons, and other contributors (ebook): The Sharing Revolution is a collection of writing that details numerous ways people are working to advance the common good and create just, sustainable economies. Written in large part by Conrad, the collection also features essays and articles from a number of authors including regular contributors to Shareable. Topics include ridesharing, commoning, student debt, affordable housing, open data and Internet, and the global sharing movement.

4. The Zero Marginal Cost Economy: The Internet of Things, the Collaborative Commons, and the Eclipse of Capitalism, by Jeremy Rifkin (Palgrave Macmillan): Marginal cost is the cost added by producing one additional unit of product. In The Zero Marginal Cost Economy, New York Times bestselling author Jeremy Rifkin gives us a glimpse of the profound effect that the Internet of Things (IoC) has on marginal cost. Through open data, connected homes, appliances, gadgets and even humans, creative commons and shared goods, massive open online courses, an environment is being created in which marginal costs are being reduced to near zero, making many goods and services free and abundant. What this means for us as individuals and a society are at the core of Rifkin’s discussion.

5. The Purpose Economy: How Your Desire for Impact, Personal Growth and Community is Changing the World, by Aaron Hurst (Elevate): In The Purpose Economy, Aaron Hurst, founder of Taproot Foundation and CEO of Imperative, connects the dots between freelancers who are taking their careers into their own hand, micro-entrepreneurs who are renting their cars, homes, bikes and more, handcrafters, makers and more. What he finds is that they’re all rooted in a desire to live a life of purpose. Taken together, these individuals are creating a new economy; a purpose economy. Part memoir that details Hursts own move to purpose-driven entrepreneurialism and part guidebook on how it’s done, the book acts to bridge seemingly disparate networks, revealing their innate connectedness.

6. The Rise of the Naked Economy: How to Benefit From the Changing Workplace, by Ryan Coonerty and Jeremy Neuner (Palgrave Macmillan): In case you haven't heard, the nature of work is changing. No longer are people pledging lifelong loyalty to a company nor are companies investing in lifelong employees. A rapidly-growing workforce is made up of freelancers, independent workers, telecommuters and others who are free to work wherever they can find wi-fi and a desk. This results in what Coonerty and Neuner call the naked economy. Their book, The Rise of the Naked Economy, is an overview of this changing landscape and a guidebook for those navigating it.

7. Supply Shock: Economic Growth at the Crossroads and the Steady State Solution by Brian Czech (New Society Publishers): Debunking the ideology that endless growth is still an acceptable businesses goal, Brian Czech presents the emergence of a steady state economy as the only solution to the economic and environmental messes we've gotten ourselves into. So what is a steady state economy? It's an economy of a stable size, with a stable population and stable consumption. Essentially, it's an economy that doesn't bloat and outgrow itself in the pursuit of limitless expansion and Czech is one of its most vocal proponents. Supply Shock is another step toward bringing solid state awareness to the public.

8. From Conflict to Creative Collaboration: a User's Guide to Dynamic Facilitation by Rosa Zubizarreta (Two Harbors Press): A guidebook for transforming stuck, conflict-riddled groups into fully-functioning organisms, From Conflict to Collaboration teaches readers how to tap into the group mind and access all the creativity and idea-generation within. A collaboration consultant, Zubizarreta presents numerous tools and methods for empowering participants in re-thinking and re-creating their own life situations.

10. Capital in the Twenty-First Century, by Thomas Piketty (Belknap Press): Taking a deep dive into economic history, Thomas Piketty analyzes data from 20 countries, spanning the last several hundred years, and emerges with what has been called a “work of extraordinary ambition, originality, and rigor.” In Capital in the Twenty-First Century, the author explores the accumulation and distribution of capital, the concentration of wealth, inequality, and the economic growth to construct a clear vision of where we’ve been, repeating economic themes and cycles, and where we go from here.

11. The Entrepreneurial State: Debunking Public vs. Private Sector Myths, by Mariana Mazzucato (Anthem Other Canon Economics): What is the role of the State in entrepreneurialism? Debunking the notion that the two are opposing forces, economist Mariana Mazzucato presents evidence to the contrary, including a chapter that details how the technology that created the iphone was government funded. In The Entrepreneurial State, the author pulls the veil of secrecy off the little-known fact that the State and the market work hand-in-hand on more that we can imagine, and explores why the veil is there in the first place.

12. It's Complicated: The Social Lives of Networked Teens, by danah boyd (Yale University Press): In It’s Complicated, author danah boyd [sic] presents the results of a decade of field study interviewing teens about their lives and perspectives. The book, which is recommended for parents, teachers, those who work with teens, and “anyone interested in the impact of emerging technologies on society, culture, and commerce,” explores identity, privacy, safety, danger, and bullying and argues that through protectionist leanings, we as a society, impede young peoples’ ability to “become informed, thoughtful, and engaged citizens through their online interactions.”

14. The Sustainable Revolution: Permaculture in Ecovillages, Urban Farms, and Communities Worldwide, edited by Juliana Birnbaum and Louis Fox (North Atlantic Books): A common thread that binds ecovillages, seed sharers, urban gardeners and more together is their reliance on permaculture. A philosophy based on the common ethics of sustainable cultures worldwide, permaculture methods are helping to reestablish ecological balance and build stronger communities. In The Sustainable Revolution, numerous activists and thought-leaders including Vandana Shiva, Charles Eisenstein and Starhawk weigh in on the importance of permaculture in communities of all shapes, sizes and locales.

15. Family Whispering: The Baby Whisperer's Commonsense Strategies for Communicating and Connecting with the People You Love and Making Your Whole Family Stronger, by Melinda Blau and Tracy Hogg (Atria Books): There’s a series of Baby Whispering books, written by Melinda Blau and the late-Tracy Hogg that range from getting a baby to sleep, to parenting toddlers, to communicating with children and more. Family Whispering was created out of an idea that the two collaborators had of widening the lens of parenting to include the family as an entity complete with bonds, dynamics, strengths and challenges. The core idea is that in thinking this way, we can design families “to be happier and more productive, improving the daily lives of parents and kids—and, thereby, benefiting society as a whole in the process.”

16. The Citizen's Share: Putting Ownership Back into Democracy, by Joseph R. Blasi, Richard B. Freeman and Douglas L. Kruse (Yale University Press): Did you know that Washington, Adams, Jefferson, and Madison all advocated for employee ownership of business? They believed that being invested in one’s place of employment—primarily agricultural land, in those days—was the best economic plan for the Republic. In The Citizen’s Share, the authors trace the development of worker owned businesses through the years and, based on a 10-year study, argue that shared ownership of businesses and profits is a viable way to restore the middle class in America.

[Editor’s note: Here are two timely bonus picks from the past]

17. Injustice: Why social inequality persists, by Danny Dorling (Policy Press): The fact that we live in an unequal, unjust world comes as no surprise. But how did it come to be that way, and perhaps a more important question, why is this state of inequality so persistent? In Injustice, author Danny Dorling explores the long-held, often unrecognized and unacknowledged beliefs that allow for injustice and argues that these beliefs, more than anything else, are the root cause of maintaining the social status quo.

18. The No-Nonsense Guide to Equality, by Danny Dorling (New Internationalist): Another book by author and professor of human geography Danny Dorling is the No-Nonsense Guide to Equality. In this one, the author takes the counter-position to his exploration of persistent inequality and argues for all the positive benefits that equality can have. Taking a look at race, gender and ethnicity, age, and wealth, Dorling presents a picture of how things could be vastly improved upon by prioritizing equality on every front. In doing so, he also reflects on the challenges of doing so and provides suggestions for moving through long-standing social and psychological obstacles.

What's on your reading list? Let us know in comments.

All book include affiliate links to Amazon. Resulting purchases support Shareable, a nonprofit. Many of these books are available at local, independent bookstores, a choice we recommend too.  Top photo by Horia Varlan (CC-BY). Follow @CatJohnson on Twitter