Shareable's Most Read Stories of 2011 - Shareable
Skip to content 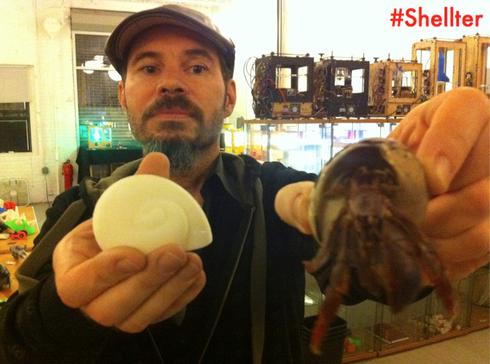 As various economic and social woes wore on in 2011, more and more people looked for alternative ideas. And Shareable provided a gathering place for just such thinking. Here are the Top 10 Shareable stories of the year.

10. How I Learned to Stop Worrying and Love the Dumpster: Corbyn Hightower continued to document her family's recession-based financial trials and tribulations in 2011. Here, she explained how she set her ego aside in order to provide food for her family by dumpster diving: “Today, I pulled some bags out of a dumpster and dug through them for food, and I plan to do it again. There’s lots of goodness going to waste, and getting what we can use from the castoffs makes a difference for my family while we struggle to cover our grocery bills. And although it marginalizes me, I would rather root through these dumpsters than buy my family the kind of processed, low-quality food that better conforms to our budget. … Dumpster diving is just one of the ways the New Poor are trying to survive.”

9. To the Stars! A DIY, Open-Source Manned Spacecraft: There's not much Paul Davis likes more than science and technology working in tandem. He shared his excitement here: “Citizen science is often a hands-off activity, particularly when it comes to space exploration. There’s a wealth of collaborative projects on Spacehack.org, the clearing house of citizen space exploration projects founded by Ariel Waldman, but those missions remain earthbound. The notion of DIY space travel seems improbable, the foolhardy pursuit of eccentric millionares with money to burn … Kristian von Bengtson is no eccentric. When he talks about DIY space travel, it’s worth taking note. A former NASA contractor and member of the AIAA Space Architect Technical Committee, Bengtson’s plans to build a DIY manned space rocket are more than pipe dreams.”

8. The 13 Best U.S. Cities for Public Transit: Public transportation is a cornerstone of shareable living so Jay Walljasper culled through the history and research in that realm to fashion a best-of list because, as he noted, “great cities also depend on public transportation. Images of buses and trains may never be as sexy as fashion models astride two-wheelers, but they are just as important to the future of sustainable, shareable, livable cities. … But, unfortunately, public transportation now faces an uncertain future. Many cities are slashing service or raising fares due to budget woes, and even more drastic cuts loom in Congress.” Portland, Oregon, took the top seat, with Salt Lake City, Utah; New York, New York; Boston, Massachusetts; and Minneapolis-St. Paul, Minnesota rounding out the top five.

7. The World's Top 10 Gov 2.0 Initiatives: Darren Sharp also collected a list of projects for readers to consider in the realm of citizen activism: “The Gov 2.0 movement continues to gain momentum around the world with a number of inspiring people, projects, and ideas rising to prominence over the last year or so. Sometimes the most important innovations emerge from the periphery where creative citizens take a 'do it first, ask for permission later' approach that can generate a wealth of benefits for the entire global community.” At the top of his list – Wikileaks. Also included were Manor Labs, CityCamp, CrisisCommons, Ushahidi, and more.

6. Ten Projects to Liberate the Web: Taking her cues from Douglas Rushkoff, Venessa Miemis outlined 10 projects – plus three bonuses – that are making inroads “toward the Next Net. Though they vary in their stages of development and specific implementations, they fall under the common themes of enabling peer-to-peer communication and exchange, protecting personal freedom and privacy, and giving people more control over their data and identity on the web.” Among the entries are The Locker Project, Lantern, Diaspora, Bitcoin, and others.

5. Mapping the World of Human Activity: In a piece that explored the interconnectedness of everyone on the planet, Paul Davis brought readers a Cartography of the Anthropocene: “With the world networked on an unprecedented scale, and the global population hitting seven billion only weeks ago, we are living in a uniquely interconnected era, creating new opportunites and dependencies. … Using data gathered from US government agencies, anthropologist Felix Pharand-Deschenes has created a collection of maps that illustrate the various circulatory systems that connect humanity: cities, roads, railways, power lines, pipelines, cable Internet, airlines, and shipping lanes. The maps are remarkable cartographic documents of our current age, but also serve deeper research and educational purposes.”

4. A Low-Cost, Low-Power DIY Cellular Data Network: Not unlike the Afghan open-source Internet project, the Village Base Station helps isolated areas connect. Paul Davis observed, “For the less-industrious yet DIY-inclined, the Village Base Station (pdf) is a low-power, easy to deploy tool developed by Berkeley professor Kurtis Heimerl to create a GSM cellular data network in areas with limited power and network resources. MobileActive recently got their hands on a prototype and tested it in a large American city, and the results were promising. … Potential uses are numerous: individuals in rural areas with limited Internet access would benefit from these pop-up cellular data connections, and it could serve as a game-changer for areas of the developing world with limited network access.”

3. 3D Printing Community to Crowdsource Saving a Species: In another tech-related piece, Neal Gorenflo told the story of Makerbot Industries and their endeavor to help save hermit crabs: “Project Shellter intends to leverage the Makerbot community's design talent and network of 5,000 3D printers to design and produce shells for hermit crabs who face a species threatening, man-made housing shortage.”

2. Afghans Build Open-Source Internet from Trash: Beth Buczynski reported on a group of Afghan residents who put their heads together and brought the world to their village in the form of the web: “Funded primarily by the personal savings of group members and a grant from the National Science Foundation, residents of Jalalabad have built the FabFi network: an open-source system that uses common building materials and off-the-shelf electronics to transmit wireless ethernet signals across distances of up to several miles. … With FabFi, communities can build their own wireless networks to gain high-speed internet connectivity – thus enabling them to access online educational, medical, and other resources.” 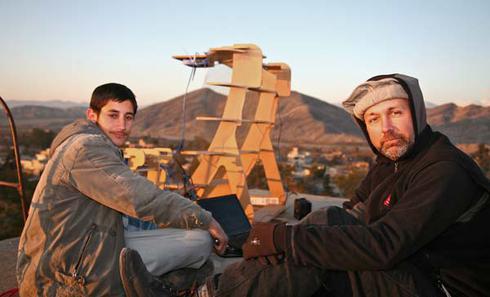 1. The Next Net: Douglas Rushkoff kicked the year off with an epic look at what's to come in the online world now that the Internet has become a political pawn. Rushkoff wrote, “The moment the 'net neutrality' debate began was the moment the net neutrality debate was lost. For once the fate of a network – its fairness, its rule set, its capacity for social or economic reformation – is in the hands of policymakers and the corporations funding them – that network loses its power to effect change. The mere fact that lawmakers and lobbyists now control the future of the net should be enough to turn us elsewhere. … To make the sorts of choices that might actually yield our next and truly decentralized network, we must take a good look at the highly centralized real world in which we live – as well as how it got that way. Only by understanding its principles, reckoning with the forces at play, and accepting the battles we have already lost, might we begin to forge ahead to create new forms that exist beyond any authority's ability to grant them protection.”

What was your favorite Shareable story of 2011?